The Green Party wants to pick up the bill 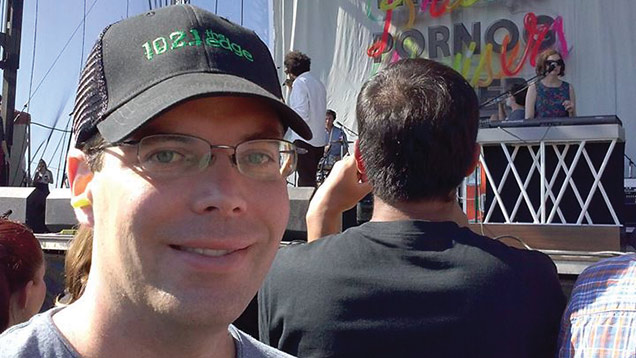 
Matthew Peloza is a husband and father of three. He has been living in London for seven years and is an accountant working in Corporate Finance. This may seem like a strange background for a Green Party candidate, however Peloza is interested in improving the ecological and economical future of Canada, specifically focusing on the London-Fanshawe riding.

He was originally drawn to the Green Party of Canada (GPC) by hearing a radio interview with Jim Harris, the prior leader of the GPC from 2003 to 2006. In the interview, Mr. Harris answered a tough question honestly proving the party’s trustworthiness and transparency, two things that are important to Peloza.

Peloza spoke of our current economical situation with concern. He believes we need to invest in the industries of the 21st century: technology and green energy.

The GPC says that investing in training of these fields is critical for our future. They are interested in making smart investments in post-secondary education by increasing federal fund transfers to provincial governments specifically for post-secondary education and abolishing tuition fees by 2020. They are also going to stop the exploitation of graduates by banning unpaid internships.

The youth unemployment rate is 13 per cent across Ontario. This is almost double the national rate. If elected, the GPC is plans to develop a youth committee and service corporation that will create a total of 160,000 youth positions over four years.

Peloza knows the crippling effect that student debt has on graduates and the GPC will work to eliminate it all together.

What they plan to do immediately if they are elected will be to lower the interest rate on current student debts and implement a debt-forgiveness program, which would eradicate existing or future student debt above $10,000.

Peloza is looking for ways to improve the democratic deficit.

“We need to find a way to get greater than 30 per cent of the 18 to 25-year-olds to vote.” Getting more young adults engaged in voting is crucial to our political future. Candidates cater to the groups of people who get them elected.

This means that since young adults are the smallest group of people who vote nationally, they do not get a lot of attention from the parties. Youth and students will see more of an improvement in the areas that concern them when more people start to vote.

“[Our current political structure] creates a system where a lot of people feel like their vote doesn’t matter,” said Peloza. The GPC plans to change our electoral system to a proportional representation form, which will allow every vote to make a difference.

Peloza wants to see change come to Canada, even if it is through other parties taking notice of their innovative ideas and claiming them for their own.

“If it means we have a good public policy in this country … then I think it’s worth it.”

Peloza has one key piece of advice for students, “Above all else … vote.”