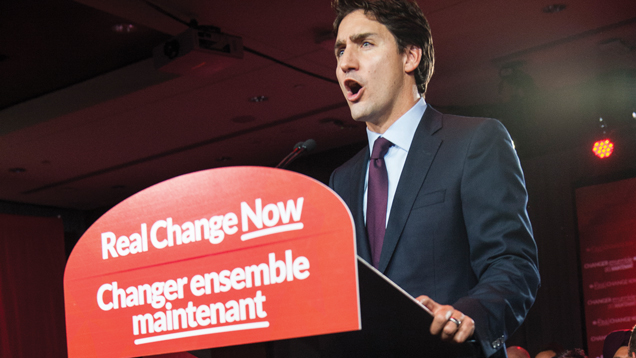 
Gay men were banned from donating blood to the Canadian Blood Services (CBS) from 1977 to 2013.

In 2013, the ban was lifted but was still restrictive in that you were only able to donate blood if you did not have sex with another man in the last five years. This was a huge step for Canada, but it is not enough, and Prime Minister Justin Trudeau and the Liberal Party agree.

While Trudeau would like to see the limitations from the donation of blood from gay men removed completely, the CBS is currently working toward decreasing the time to one year that a man would have to wait before qualifying.

Although many people and organizations call this ban discriminatory, there was an article published in The National Post by Tristan Hopper that warns Canadians of the reasons why the restriction is in place.

He stated that, “It was only a generation ago that the tainted blood scandal … caused as many as 800 deaths” from HIV.

What is confusing about the specific five-year ban against the homosexual community is that science shows HIV antibodies appear in the blood within 13 weeks. Also, HIV is not only prevalent within the gay community.

According to the Mayo Foundation for Medical Education and Research website, “Anyone of any age, race, sex or sexual orientation can be infected.”

According to an analysis called Reconsidering the lifetime deferral of blood donation by men who have sex with men by Mark A. Wainberg, head of the HIV/AIDS research axis at McGill University, “Changing to a one-year deferral would result in a risk increment of one unit of blood for every 11 million units collected, a small potential hazard to those receiving blood donations.”

The Liberal Party of Canada’s platform said that, “This policy ignores scientific evidence” and called it both discriminatory and stigmatizing.

In February of this year, Chad Walters, an activist and social work student at the University of British Columbia (UBC), set up a “rainbow clinic” at his university to raise awareness that gay men can still donate blood for research.

“This could be used for cancer therapy, for cancer research, looking at the kinds of proteins we have on red blood cells, how the immune system works, all sorts of clinical and applied research,” said associate medical director for the Canadian Blood Services Dr. Tanya Petraszko to CBC Radio The Early Edition’s Rick Cluff.

Hopefully we will soon see the day where Canadians are free to donate blood regardless of their sexual orientation or frequency of sexual activity, but until that day you can still help to make the world a better place by donating blood for research.

Outlined in the American Journal of Bioethics in an article titled A Gift That Some Cannot Give: The Ethical Significance of the Ban on Gay/Bisexual Men as Blood Donors, it outlined the policy and prejudice behind the ban.

“In light of the shortages in donated blood, and in light of the fact that the lifetime ban is – in today’s scientific reality – unwarranted, we argue that any proposal to increase blood supply in a consistent manner should also address questionable policies that unduly exclude entire communities from contributing to it.”