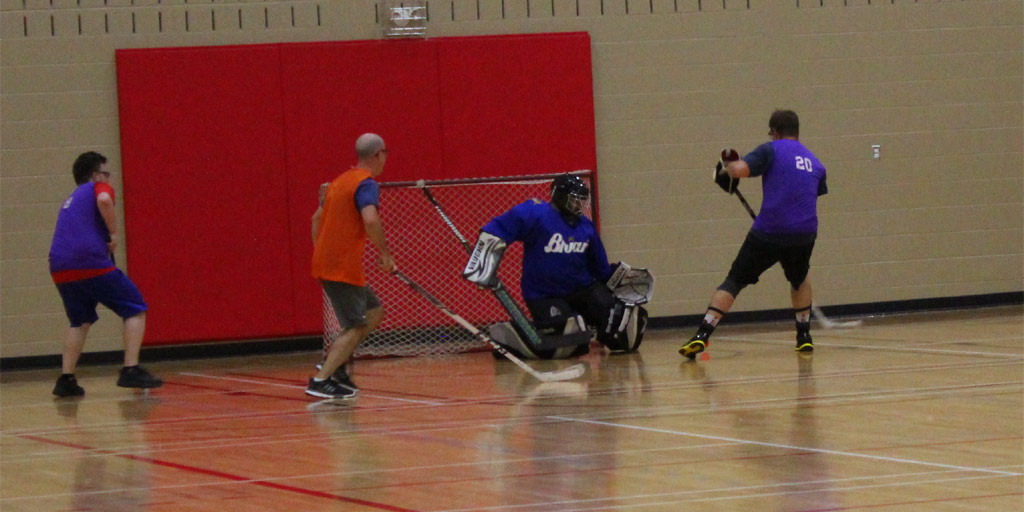 
The beginning of a new school year and semester can be quite overwhelming and with classes to attend, assignments to complete and perhaps even living on your own for the first time, you might feel the need to find an outlet that relaxes your stressed mind, distracts you from the outside world, and let's you focus on one thing at a time. What better way to burn that energy, fuel your engine and motivate you to do better than with intramural sports?

Fanshawe has a variety of physical activities suited to your interests, and range from indoor and outdoor sports such as soccer, football, ball hockey, ice hockey, badminton and basketball to name a few.

According to Jackie Corby, Fanshawe's campus rec athletic officer, these games are designed to happen throughout the students' spares with games running approximately 40 minutes, which gives them time to get to and from the game's location, play and then have enough time to get back to class.

Students are “absolutely” welcome to play on more than one team throughout the year, but just have to be creative in scheduling their time around classes and any other activities they might have going on, Corby said.

Corby said that each year there seems to be an increase in the number of sports that are included within the intramural leagues and tournaments, with there being an approximate 15 to 20 different activities going on.

“There's something for everybody, [it] just depends on what you're looking for,” she said.

“[This is] just something different, something that will maybe even the playing field for, you know, so some people don't necessarily play soccer, but they might be really, really good at ringette. So we're just throwing some different things in,” Corby said.

According to Corby, the school is trying to bring back “old school games” with this year including a broomball tournament.

When asked if Corby sees a pattern in which sports are most popular, she said it fluctuates from “year to year”.

“Ball hockey usually has been a monster. It's usually by far the most popular. But it's kind of declining a bit, and I'm seeing that indoor soccer is huge, co-ed volleyball is massive. Those are the big ones. I mean hockey is always a big draw too,” she said.

According to Corby, intramurals are a great way for students to get more involved on campus and meet new people.

“It's an easy way to meet [friends.] Even if you're signing up with your classmates, it's a great way to get to know people really quick. It's recreational, it gets your mind off of school and maybe some of the other stressors you have going on,” Corby said.

Students can sign up for intramurals through the athletic department's website, or visit the front desk. There will be flyers across campus, and a booth that will travel around the campus during the first two weeks of school to promote intramurals.

Though intramurals tend to run between 11 a.m. and 6 p.m., Corby mentioned Fanshawe does have a late night rec program as well, which runs four nights week from 10 p.m. to midnight. That's a drop in first come first serve idea.

Intramurals are free, except for the ice hockey due to paying for the ice time, but according to Corby, has a much smaller fee than other outside hockey league.

Fanshawe students and staff can sign up to play either as an individual or as a league.

Cam Dupuis, a Fanshawe visual effect and editing student has previously played on the ball hockey team, as well as ice hockey.

Dupuis said he joined intramurals “mostly [because it was] another thing to do with friends.”

“I was really, really busy last year actually, between school and work, and other extracurricular stuff, so it was kind of hard to find time for hockey, but it was worth it,” he said.

Dupuis recommends other students to join an intramural team.