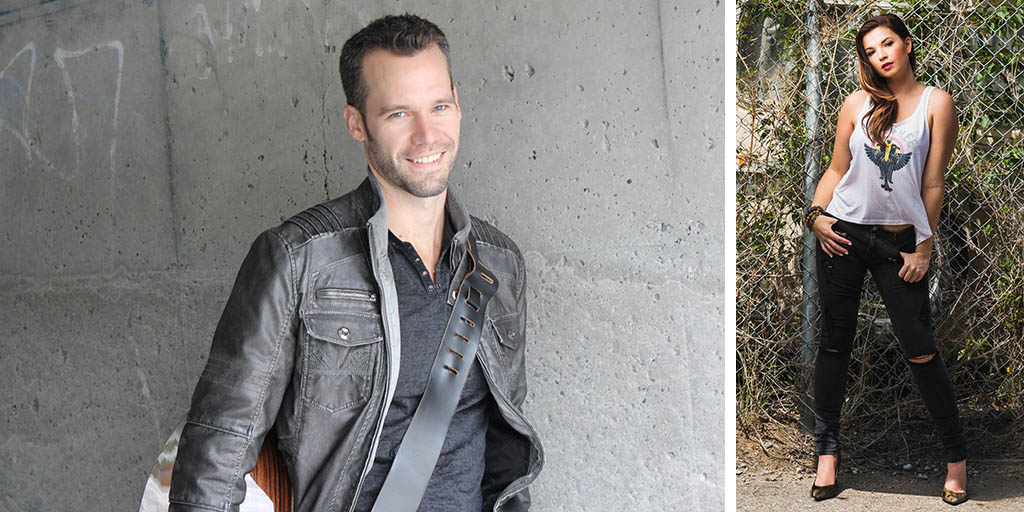 The two are also in town for the Canadian Country Music Association Awards (CCMA Awards) and the 2016 Country Music Week that also kicks off on the 8th.

This will be the second time Brownlee has played at Fanshawe, and the first for Moskaluke.

The multiple CCMA Award nominees and previous winners share the same sentiments about playing at Fanshawe.

“Every show I’m looking forward to, but knowing that there’s going to be some excited college students… I was a college student myself, so I know that world and it’s a lot of fun,” Brownlee said. “So I’m excited to bring the party and hopefully everybody has a good time.”

Brownlee said while he may not be “jumping out of a cake” during his performance, he will be playing songs off of his last four records, and perhaps a few covers.

“Hopefully, some of the new songs are a bit of a surprise for people, “ Brownlee said.

“[We] just like to have fun on stage and I think people can feel that and they just reciprocate that energy back to us,” Brownlee said. “It’s a good time, we’re celebrating country music and hopefully people leave wanting more,” he said.

Moskaluke who also went to college is ready for her performance as well.

Moskaluke also said it will be a busy time with the CCMA Awards also this weekend, but there is a lot to look forward to.

Brownlee’s latest album, Hearts on Fire (which is nominated for Album of the Year at the CCMA Awards) is an EP consisting of seven songs that has two smash hits as of yet, including a top 10 hit for the song of the same title, and his current single “I Hate You For It”, which is rapidly rising on the charts.

“‘I Hate You For It’ has really resonated across Canada,” Brownlee said. “I can feel it every time I play it live. As soon as that opening guitar part starts, people know exactly what’s coming. So as a songwriter and a performer, you know, there’s no better feeling than getting up on stage and hearing people sing your song back that you wrote.”

Brownlee worked hard on his latest collection of songs, to make the entire package great.

“Because there’s so much amazing Canadian country music out there right now, you have to make sure you’re bringing the best possible music that you can and raising the bar every time you release music,” Brownlee said. “So I’m really proud of this one.”

In terms of making each album fresh, Brownlee said, “It’s walking that fine line of bringing something new that your fans haven’t heard, while still staying true to who you are, and the reason why they [fans] were fans in the first place.”

He is honoured for his CCMA nominations.

Moskaluke, who is nominated for several categories including Female Vocalist of the Year (she has previously won that award twice), also released her latest EP Kiss Me Quiet that produced two consecutive top 10 hits, one also being of the same title as the EP, and the other “Take Me Home”. Her third single “Elevator” was recently released.

“To have two top 10’s on any EP is crazy to me,” Moskaluke said. “So it’s really exciting [that] it’s been really well received.

In terms of her CCMA nominations, Moskaluke said it’s a really “exciting and humbling time.”

Moskaluke said she and her team tried to create an EP that was filled with singles, so that if the opportunity arose, her team could release anything from the EP right to radio.

“So to feel like other people are enjoying it [the EP] is pretty exciting as well. That’s the ultimate goal,” she said.

In terms of making each album and EP different from the last, Moskaluke said it’s not necessarily something that she’s constantly tried to do, but more of a natural growth.

“Every year, you [not just artists but everybody in life] grow as a person,” Moskaluke said. “Everybody has different experiences and something that shapes them a little bit different year after year,” she said.

Moskaluke said that as artists, the personal experiences and things they write about can grow, as well as what influences them sonically.

“For me, [it] hasn’t been a conscious thing to make one [album] different from the other, it kind of just happened, and I think that’s a good thing because people don’t want to buy the same album over and over again,” Moskaluke said.

With all her success to date, Moskaluke said she’s focused on “making the best music that I can, and making sure that my fans [who have been with her since day one] are still with me on day 6000.”

With loving to perform, making music and her career, her mindset has been to just try and keep doing it all for as long as she can.

“I’m just really happy that there are people out there that do like my music,” she said. “If there weren’t, I really wouldn’t be able to do this for a living.”