Motoring: Farewell to the BMW Z4 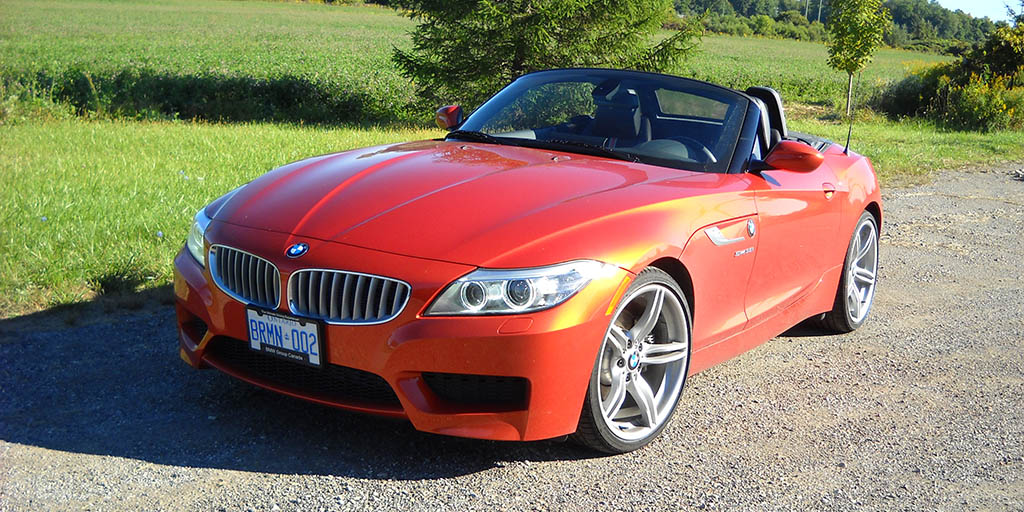 BMW's Z4 is a truly enjoyable sports car, but if you want to own a new one act fast as BMW has stopped production.


The arrival of cold weather is just around the corner so allow me to brighten up your forecast by reviewing a two-seat roadster from BMW.

The second-generation Z4 has been with us since 2009, but in 2014, it received a few updates, such as new headlights and a restyled front bumper.

It is the same story when you step inside; the interior is fundamentally the same as when the car was released, but the infotainment software has been updated. That is just fine because I for one never had an issue with the interior of the Z4.

For a two-seat convertible, the interior is quite spacious and the ergonomics are spot on; you can spend an entire day in one and feel comfortable.

There have also been no changes under the hood, as you still get three engine options to choose from. My most recent tester was the middle of the pack version, which is referred to as the sDrive35i model. This version gets a turbo-charged 3.0-litre, inline six-cylinder motor that produces 300 horsepower and 300 pounds per foot of torque.

Power is sent to the rear-wheels via a six-speed manual gearbox or, for $1,950 extra, you can have the optional seven-speed dual clutch gearbox. While I love my manuals, I love its dual-clutch gearbox even more because the shifts are clean and fast and my hands always remain on the wheel.

That is a good thing because when you grab this car by the scruff of its neck and howl it down some twisty roads, it rewards you like few cars ever can.

This is a proper sports car and not just a posing pouch. Its performance numbers can back that claim. It can sprint from zero to 100 kilometres per hour in just 5.3 seconds and in Canada, its top speed is electronically limited to 210 kilometres per hour. If you want to go faster still, BMW will happily sell you the sDrive35is model, which is quicker and has a higher top speed.

While the Z4 is a vehicle any car enthusiast would love to own, it would appeal to those who would just like to enjoy a nice sporty car. Press one switch for 19 seconds and its fully power operated, folding hard top disappears in its trunk. Sure, that would affect your luggage space, but when the weather would allow it, you can enjoy some open air motoring.

So, as you can gather, I am quite a fan of the Z4, but even I’d admit that it could have been better.

The first issue is concerning wind buffeting. While the airflow is fine in town speeds, on the highway it does get a bit too windy, even with the side windows up and its wind deflector in place.

Secondly, I wish the styling update was a bit more aggressive, it would have helped move the Z4 from its current “chick car” status.

Finally, I wish BMW had offered an “M-version” of this Z4 with the V8 engine from the E92 M3... that would have elevated this car onto a whole new performance level and compete head on with the likes of the Mercedes-Benz SLK55.

However, there is some sad news; time is running out to own a new Z4 because back in August of 2016, BMW stopped production on this model and there is no direct replacement planned.

So, what’s left is everything currently in the inventory of BMW dealers across the country. Sure, there are plenty of these in the used car market, but if you’ve wanted to own a new Z4, act fast, before they’re all gone.