Country duo Dan + Shay put on a stellar show at the London Music Hall on Dec. 10, to a crowd that just kept on wanting more.


There’s just something about young country artists that make people want to scream and on Dec. 10, that was no exception.

Country duo Dan + Shay put on a show that kept the crowd on their feet throughout their entire set at the London Music Hall.

Dan Smyers and Shay Mooney met in Nashville in December of 2012 and started recording music the second day they met.

It was obvious that this pair were a match made in heaven. During their performance at the London Music Hall, the two were always in sync, both throughout the set and during the banter in between. 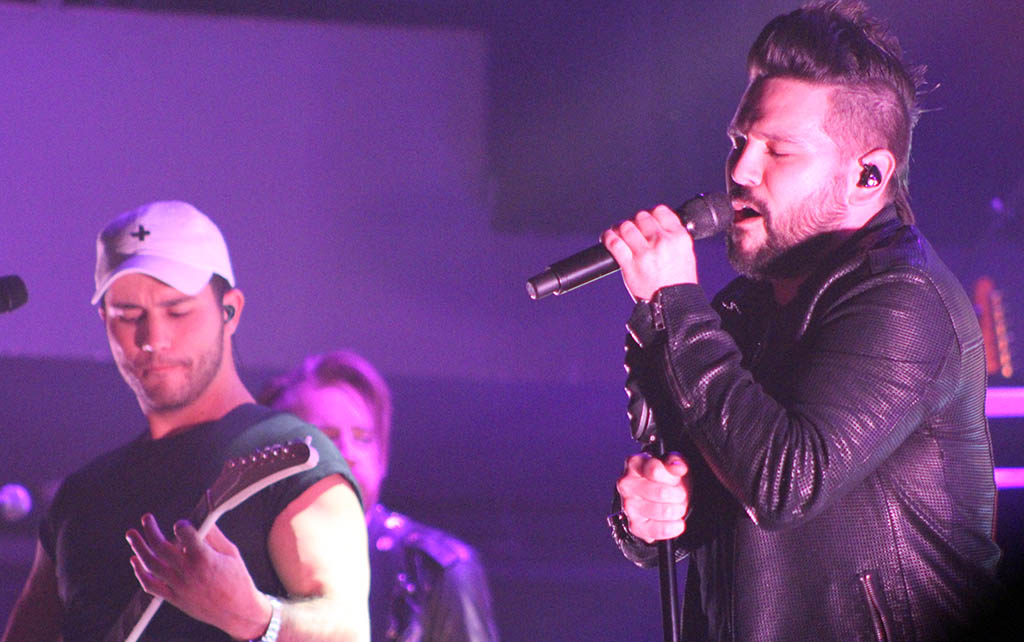 The two engaged well with the crowd, with Smyers even wearing a Santa hat a fan threw on the stage for a few songs before putting it back in the crowd’s reach.

Smyers also threw his signature band cap into the crowd too.

They played nine of the 10 songs from their new record, Obsessed, which came out in June. Crowd favourites included “How Not To” and “From the Ground Up”, which has been certified gold in the United States.

Mixed in were some hits from their debut album, Where it All Began, from 2014.

Dan + Shay returned to their roots, playing “I Like the Sound of That” by Rascal Flatts, the same band that they wrote their first song for back in 2012.

They also covered Bon Jovi’s “You Give Love a Bad Name” and the crowd was belting out the chorus to Dan + Shay’s rendition. 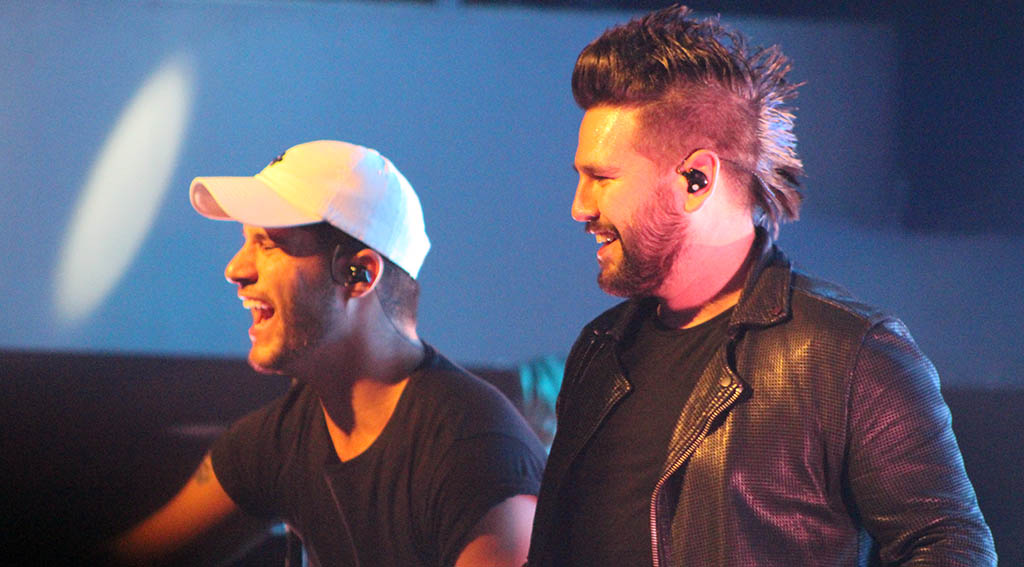 But a personal favourite of the night was a cover song that was a far cry from a country hit.

For their last tune before the encore, the duo performed “Mr. Brightside” by The Killers and for a dominantly country audience, it got the crowd as excited as they had been all night.

Dan + Shay saved some magic for the end of the show, by waiting until the encore to sing their biggest hit. After playing “Obsessed”, which Smyers said it wouldn’t really be the Obsessed tour if they didn’t sing it, and CeeLo Green’s “Forget You’, they ended with the song that started it all.

As Smyers announced before they played “19 You + Me”, the song that started their career. 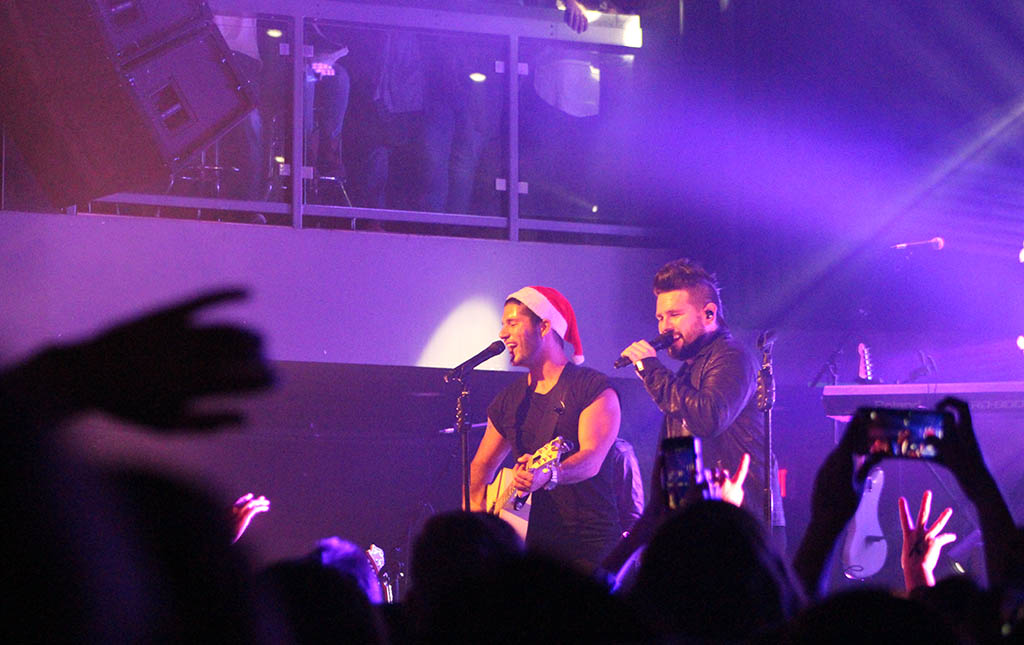 Released in late 2013, it has since been certified platinum in the United States.

Backed by a full band, Dan + Shay put on an excellent show for the country fans who had lined up all day to watch them perform at this venue.

The duo played Toronto the night after before heading back to their homeland.

Before the two came on, newcomer Walker Hayes opened the show with an acoustic guitar and some beatboxing skills.

The Alabama native, who was still working at Costco a year ago, was asked to come on tour with Dan + Shay after they heard his work.

Hayes has released a number of songs via 8track and Spotify and did not disappoint the crowd while playing five catchy tunes, including “Dollar Store” and “Shades”. 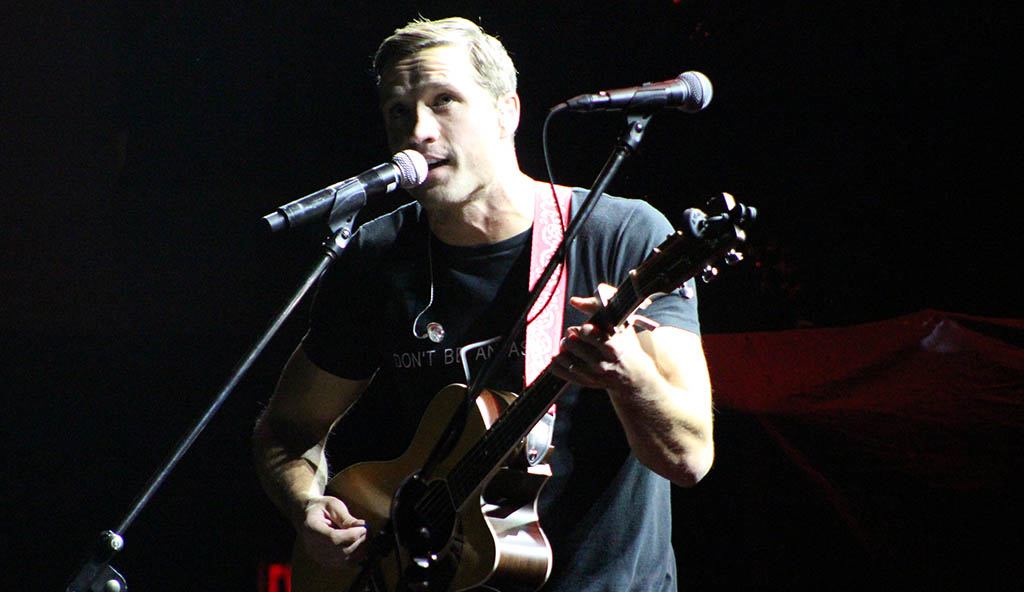