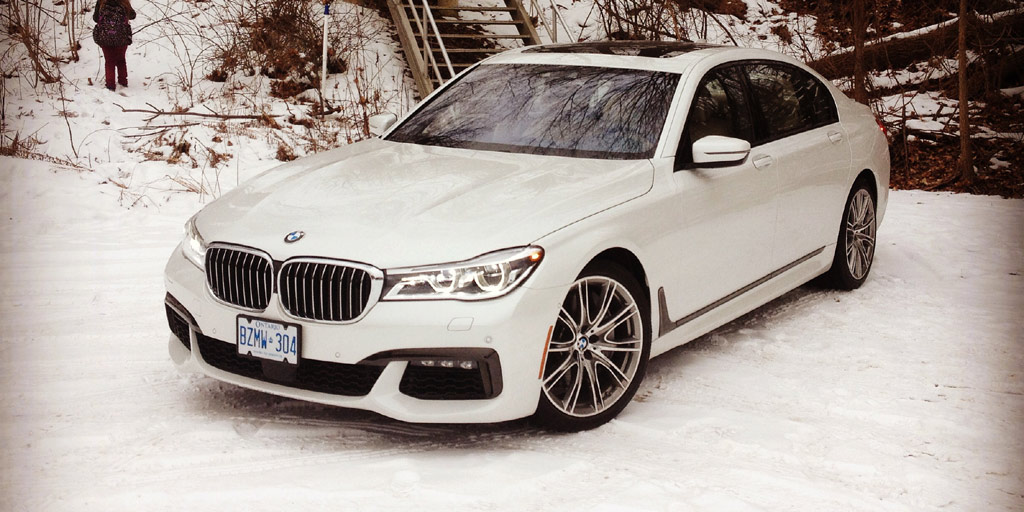 
In the last decade, if you wanted a super-luxury sedan that spoiled you with supreme comfort, the answer was not the BMW 7 series.

Some of its competition was playing the luxury card better; their offerings had a few more toys and conveniences than what the Bavarians had to offer.

The BMW offering was sportier to drive than the rest, but that wasn’t as much a selling point for the executives around the world.

With the introduction of the sixth-generation model of the 7 series, BMW not only wanted to retain the sporty driving characteristics that they’ve always offered, but step up their game on the luxury side as well.

Hence, the 2017 BMW 750i and 750Li (long-wheelbase) have all the luxuries that you’d desire. You get not only a heated steering wheel and heating and cooling seats, you also get heated armrests. You also have lane keep assist, adaptive cruise control, available night vision camera and the specs go on and on. A feature really worth mentioning is ‘gesture control’. The new 7 series is the first production car to offer this technology and it allows you to raise and lower the volume of the stereo by simply twirling your finger, and you can program the system to accept a few of your other commands.

Nothing annoying about its party piece for the rear seat passengers, if you’ve gotten yourself a 750Li with the Executive Lounge Tier 2 package, you get a fully reclining rear seat with massaging function. It also allows you to put your feet up and play with three screens, one of which is a tablet that you can pop out of its centre console and use like any other iPad style device.

There is also a table that folds out of its central armrest, much like the first class seating on a LearJet; the new 7 series is like a private jet for the road.

It moves like a jet, too, since under the hood of the 750Li is a twin-turbo 4.4-litre V8, which produces 445 horsepower and 480 pounds per foot of torque. Power is sent to all-wheels via an eightspeed automatic gearbox that shifts gears faster than you can blink.

Not only is it quick in a straight line, but it can handle corners really well too. Having driven the shorter wheelbase 750i, I will say that version handled even better; but for a limo, the 750Li does much better than you’d expect.

This may sound like the perfect car up until this point, but it’s not. While I had no problem getting comfortable in the back seat, the driver’s seat I could never get to just the perfect position for me. I wish I was able to move just the bottom cushion independently and I find the top portion of the seat to be too rounded. I had the same issue with the last 7 series I tested a few months ago, so it’s a common complaint I have with the design of the seat. Most people who got in and out of it, had no such complaints, but it just isn’t ideal for my behind.

The 750Li really is a great vehicle, and if I could afford to buy one, I’d also ensure I’d have enough money left over to hire a driver because while it is nice to drive, reclined in the back seat, with the table out and playing with said tablet and LCD screens, it’s just a more majestic way to travel.