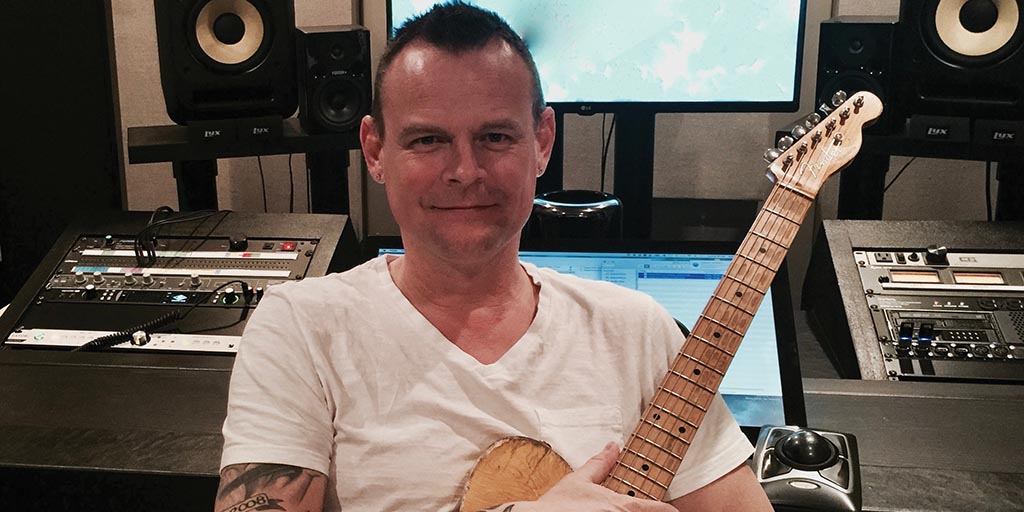 Fanshawe Music Industry Arts (MIA) co-cordinator and professor is nominated for Record Producer of the Year for Dani Strong's Time to Breath album at the Country Music Association of Ontario (CMAOntario) Awards.

Brodbeck is nominated for Record Producer of the Year, for his work with country singer and songwriter Dani Strong for her 2016 album Time to Breath.

Though Brodbeck feels great about his nomination, he’s not holding his breath on a win.

However there’s always room for a surprise, which is what happened when he was nominated and won a 2010 Juno for Recording Engineer of the Year.

“I honestly don’t think I’ll win, [but] you never know. The people I’m up against are obviously very good because they wouldn’t be nominated [otherwise], but there’s a couple of people in there that have been doing work in that genre of music for a long, time so it might be first time’s a charm,” Brodbeck said. “It’s difficult to tell because it’s voted on by CMAOntario members, so you really don’t know.”

Though he’s worked with artists who’ve been nominated for CMAOntario awards in the past, this is the first time Brodbeck been nominated.

“It’s amazing, and I hate to put it this way, but after this many years of doing it and continuing to do it, there’s going to be stuff like that that comes up” Brodbeck said. “I guess it’s a surprise within the country community only because it’s only been a few years since I’ve made country records.”

Though Brodbeck has played, created and engineered country music beforehand, he’s only been physically helping release products “worth note” of, for roughly five years.

Since then, Brodbeck said he’s been working more with the genre, noting country music is a small community, not only in Ontario, but in Canada itself.

“It’s just a very small community so it’s actually kind of nice to be thrown in with that community of people,” Brodbeck said.

Speaking with Brodbeck, it’s not hard to see his positivity with the album his award is connected to.

“The biggest reason I was surprised and happy about [the nomination] was because of who the artist is and what they’ve done,” Brodbeck said.

According to Brodbeck, some of the tracks off of Time to Breath were written as far back as 2003, and are now out for everyone to hear.

Though the album had some government funding for promotion wise, it was financially backed up and created by Strong herself.

“It’s very much homegrown and do it yourself. The fact that she’s getting a bit of attention, it’s nice,” Brodbeck said.

Another aspect Brodbeck said that’s a factor to the awards is that even for Strong, who is also nominated for her work, other nominees tend to be bigger names and well established artists and therefore it’s hard to tell who might win.

“I’m happy for her because it’s nice that it gets recognition somehow,” Brodbeck said.

The awards, presented by Slaight Music are being held in London this year on June 11, at Centennial Hall. A number of events featuring the musicians will happen in the city leading up to Sunday’s awards show.

Brodbeck said he’ll potentially be at some of those events leading up to the big night.