Rock the Park goes country for the night 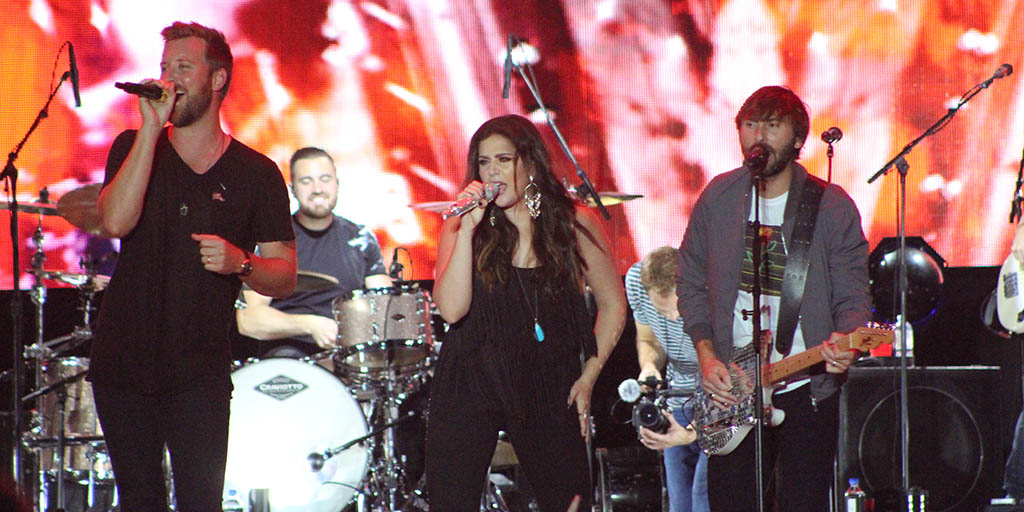 Lady Antebellum wowed the crowd with their impressive set during BX93's Rock the Park Gone Country night at Harris Park on July 12. Other acts of the night included Kelsea Ballerini, Brett Young and Jason Benoit.


London’s Rock the Park Music Festival was back for another year, with five days of great entertainment, food, fun and excitement.

The Interrobang was there on night one of the festival for BX93’s Rock the Park Gone Country on July 12, which featured Canadian musician Jason Benoit along with Americans Brett Young, Kelsea Ballerini and headliners Lady Antebellum.

The trio and band members from Lady Antebellum, are currently on their You Look Good World Tour, with Young and Ballerini opening up for them until at least the fall.

With the weather co-operating and the rain holding off, minus a few drops, fans came out to Harris Park, which turned into a sea of people dressed in the usual country concert attire of denim, plaid, tank tops and cowboy/cowgirl boots, while others were dressed in causal summer outfits and some in work attire since it was a work week.

With the night underway, Benoit stepped up first, singing a number of his songs including “Cold Day Comin’” and “Gone Long Gone”, while also adding in a little “Footloose” to the mix.

Brett Young graced the stage next and even with a technical microphone glitch early on in his set, the California native pulled through and gave a soulful performance, even sitting down at one point with his guitar to serenade the crowd.

Young engaged with the audience while singing his songs including “Like I Loved You” and his hit “In Case You Didn’t Know”.

By the end of his set, the audience was even more hyped for Ballerini and Lady Antebellum.

Ballerini was bursting with positive energy during her set, moving around and jumping to each side of the stage, giving fans all around the chance to see her up close.

Hitting the high notes and occasionally playing electric and acoustic guitars, Ballerini sang a strong list of hits from her 2015 debut album The First Time including “Dibs” “Yeah Boy”, “Love Me Like You Mean It”, “Xo” and “Peter Pan”.

Ballerini also dove into a few new tunes including one about falling in love with her fiancé Morgan Evans, as well as her latest powerful single, “Legends”.

Ballerini also slowed things down with an acoustic rendition of The Chainsmokers’ hit song “Closer”.

Though Ballerini was last in London as an international guest and performer at the Canadian Country Music Association (CCMA) Awards last September, she’s still new to performing in Canada and this marked her first time playing a full concert in the city.

Ballerini surely made an impression with the audience, giving it all she had, while pumping them up for the final act of the night.

It wasn’t long until Lady Antebellum hit the stage, starting the show with a trumpet and trombone performance from two new bands members, before Hillary Scott, Charles Kelley and Dave Haywood hit the stage with their incredible talent.

It was made into a family affair, with Scott’s husband as the band’s drummer.

Multiple screens were on sight, including a large one at the back of the stage and another in the middle of the crowd for those not able to see upfront.

From stage lights to the screens’ backdrops and beyond, the mood was set perfectly to each song sung.

To make things even better for a moment, Kelley asked for the spotlights to be lowered, making the venue light up from cellphones, other lighting devices from the crowd and the night’s glittering sky.

The show was like a time capsule that crossed over roughly the last 10 years the band has been in the spotlight, with songs ranging from hits such as “Downtown”, “Dancin’ Away With My Heart”, “Need You Now”, “Compass”, “Bartender” “Just a Kiss” “American Honey” and “I Run to You”, as well as their current single “You Look Good” from their recently released album Heart Break.

The trio also performed Shania Twain’s “You’re Still The One” while Young came back on stage to sing Tim McGraw’s “Something Like That” with Kelley and Ballerini performed Beyoncé’s “Crazy In Love” with Scott in matching sparkling jackets.

After performing for almost two hours, including an encore, Lady Antebellum proved that after roughly a decade of evolving and leaving their mark, they know how to put on a spectacular show.

From the sounds of the crowd, they couldn’t agree more.
Click on the thumbnails below to view a larger version of each image. 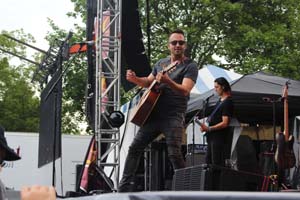 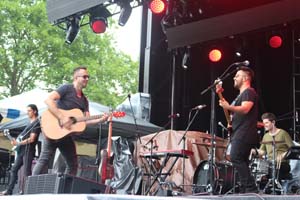 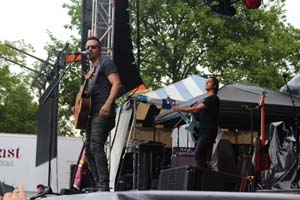 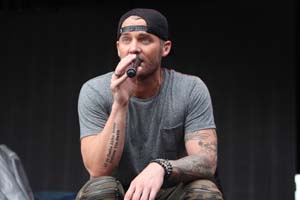 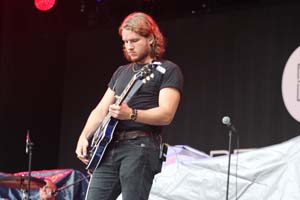 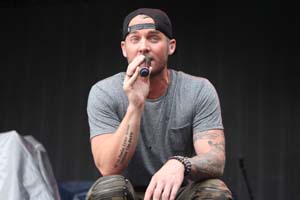 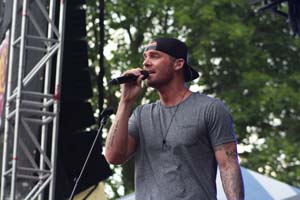 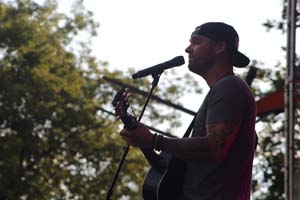 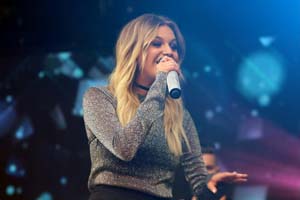 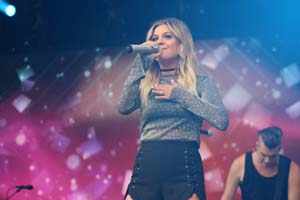 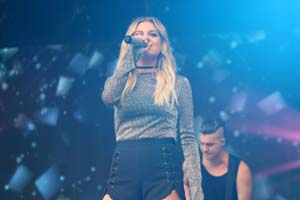 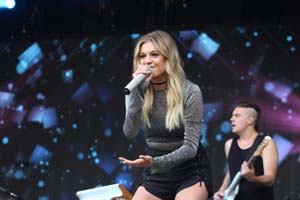 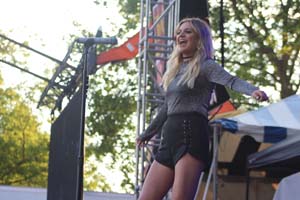 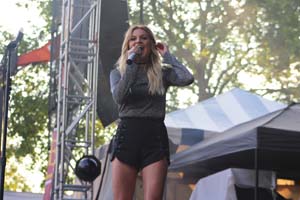 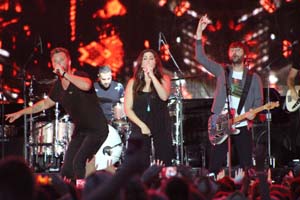 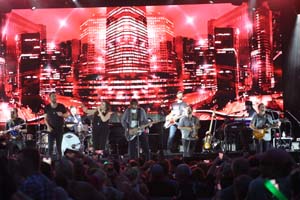 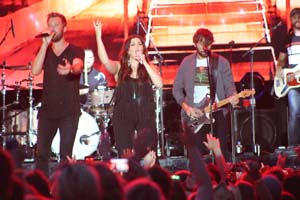 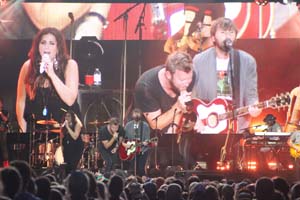 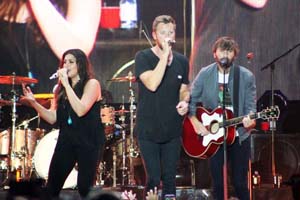 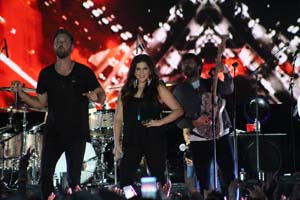