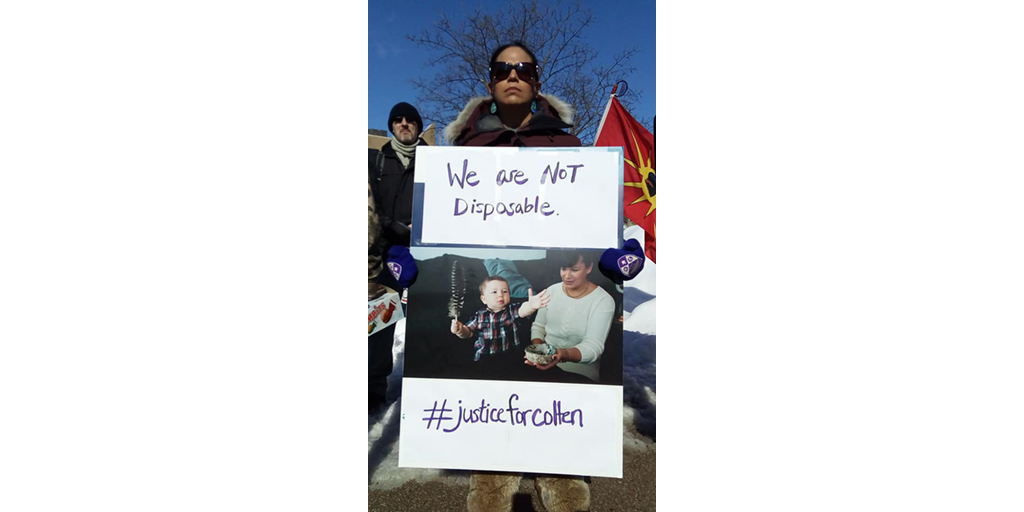 Credit: PROVIDED BY AIAI
With the recent verdict of the Colten Boushie case, it is clear the Indigenous people need Canada's help more than ever.

London, Ontario, Feb 13th, 2018 — All across Canada Indigenous peoples have been angered, shocked and saddened by the not guilty verdict in the Colten Boushie case. It is a stark reminder for many Indigenous peoples that for them, there is no justice. It's a reminder for all of us that discrimination is alive and well in Canada. The mere fact that an all-white jury found a white man not guilty of murdering a First Nations youth is questionable in itself, but the effect has been an outpouring of open racism on social media and in real life against First Nations people. Will this verdict signal to racists that it's now open season on Indigenous peoples? Can we expect more of the same? Will the system that has resulted in a vast over representation of Indigenous peoples in the justice system ever change? If the situation was reversed would the verdict be different? These are the troubling questions that are being asked for which there may be no good answers. There has been and will be rallies and demonstrations on the issue as a result of widespread disgust of the verdict. However now more than ever First Nations need Canadians to stand with us to combat racism, hatred and ignorance with love, positivity and education. You can't defeat negativity with more negativity. If there ever was a time for introspection at a national level it's now. Canadians need to ask themselves what their values are and what Canada stands for. Are they okay with institutional discrimination and open racism against Indigenous peoples? Unfortunately for too long the answer has been a resounding yes, but don't be surprised when First Nations people, especially youth begin to tire of repression and racism.

If reconciliation is to ever succeed systemic change is needed across the spectrum in justice, child welfare, education resources and other crucial areas. I for one was not surprised by the outcome of the trial but I was and am extremely disappointed that my worst suspicions turned out to be true. If anything positive is to come out of the death of Colten Boushie, it's going to be the recognition of widespread systemic racism and discrimination in the institutions of Canada, and the necessary changes to fight it. What better time than now?
Editorial opinions or comments expressed in this online edition of Interrobang newspaper reflect the views of the writer and are not those of the Interrobang or the Fanshawe Student Union. The Interrobang is published weekly by the Fanshawe Student Union at 1001 Fanshawe College Blvd., P.O. Box 7005, London, Ontario, N5Y 5R6 and distributed through the Fanshawe College community. Letters to the editor are welcome. All letters are subject to editing and should be emailed. All letters must be accompanied by contact information. Letters can also be submitted online by clicking here.

An unmentionable crisis: Suicide on campus

An unmentionable crisis: Suicide on campus