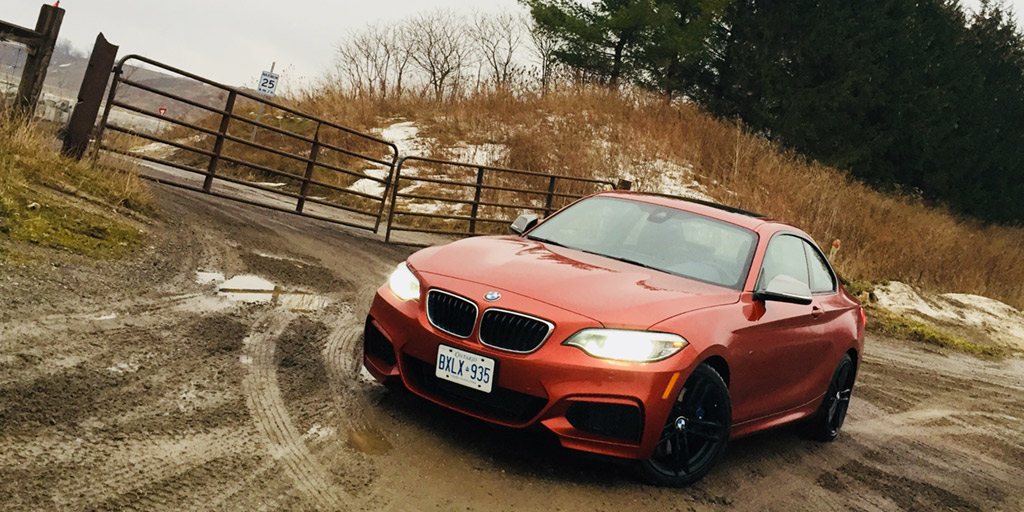 CREDIT: NAUMAN FAROOQ
The 2018 BMW M240i is a luxurious fast ride, but may be a bit pricey to constantly run.

The BMW 2 series has been on sale in Canada for about four years now, and is currently available in two body styles (coupe or cabriolet), and with three engine options.

The base model is called the 230i, and it is powered by a turbocharged 2.0 litres four-cylinder motor that produces 248 horsepower – sending power to the rear wheels, or all wheels, depending on the model you pick.

At the very top, is the M2 model, which is powered by a turbocharged 3.0 litres six-cylinder motor that produces 365 horsepower. The M2 is only offered in rear wheel drive configuration, and also only as a coupe.

The model I recently tested, sits smack in the middle. It’s called the M240i, and it also has a turbocharged 3.0 litres six-cylinder motor, however, in this, it produces 335 horsepower. While the M240i is a bit down on power compared to the M2, you can pick between a rear wheel drive or all-wheel drive – the latter offering more grip during our winter months. However, my tester was only feeding power to the rear wheels, which meant that my stint with it in the middle of a frigid winter, was going to be quite entertaining – thankfully it came wearing some proper winter tires.

While BMW offers the M240i with an eight-speed automatic transmission, my tester had a sixspeed manual gearbox – which is what enthusiasts desire.

So, a 335 horsepower sports coupe in rear wheel drive guise, and a manual transmission – how did it behave in our winter wonderland?

Quite good, actually. All BMW models have a very solid, secure feel on the road, and it is present from their most entry level to their top tier models, and the M240i was no exception. On the highway, it sits comfortably, and is relaxing on a long journey. I find that the suspension on the M240i is a bit softer than I desire from a sports coupe, and while that does result in more body lean through the corners, it does make for a cushy ride – maybe this is supposed to be an entry level grand tourer, rather than a hardcore sports car.

Thanks to 369 pounds per foot of torque, you seldom ever feel the need to shift down a few gears to pass anyone, just feed in the throttle and its twin-scroll turbo spools up, and you’ll quickly pass any normal traffic. For those seeking performance numbers, the M240i can sprint from 0 to 100 kilometres per hour in 4.6 seconds, and has a top speed electronically limited at 250 kilometres per hour – that is seriously fast.

Couple that performance with a well laid out interior, that has all the usual gadgets you’d expect from a German luxury manufacturer, and you end up with a competent and powerful coupe, that should please most buyers.

However, as good as it is, it just didn’t win my heart. Ever since I drove the first 2 series -in late 2014- I’ve complained that the setup is too soft for my liking, and it remains that way. Maybe the M2 is better, but since I’ve never tested that model, I can’t confirm that. I am also not a big fan of its steering, it doesn’t give me the feedback that I desire, and I also find the steering rack to be slower than it should be. All this wouldn’t -and shouldn’tbother most buyers, but keen driver’s would prefer a tighter setup.

Something the average driver will notice, is fuel economy. BMW claims, that the M240i would average 10.5 litres per 100 kilometres on a city and highway combined test. My winter test in the real world, gave me a figure of 11.4 litres per 100 kilometres, which when calculated with the cost of premium fuel, means that this little coupe is not cheap to run.

So, if you’re in the market for a German sports coupe -from a premium brand- for under $50,000 – the 2 series from BMW is pretty much the only option you’ve got.

Updates on the soaring Fanshawe Falcons

Updates on the soaring Fanshawe Falcons