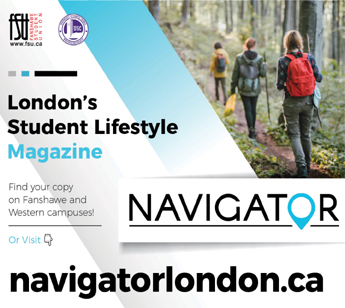 On April 4, Canada's Ecofiscal Commission released polling data by Abacus Data and a new report regarding carbon pricing titled “Clearing the air: How carbon pricing helps Canada fight climate change”. Canada's Ecofiscal Commission, which formed in 2014, is an independent nonpolitical research organization comprised of policy-minded economists from across the country that provide advice to governments on implementing policies that put into consideration both the environment and economy.

“The report is in recognition of the fact that climate change is a really important issue in Canada. Governments from across the country want to reduce greenhouse gas emissions. This report makes the case that carbon pricing is the best way to do this. It is the most cost-effective way to do it and it will produce results,” Brendan Frank, a research analyst for Canada's Ecofiscal Commission and one of the authors of the report said. “There are a lot of misunderstandings around carbon pricing and the debate has become increasingly polarized. We saw the opportunity to weigh-in and clarify what carbon pricing actually is and how it works.”

Recent statistics show that Canadians are now more accepting towards the idea of carbon pricing. According to the report, almost four out of five people surveyed (78 per cent) think that carbon pricing was at least an acceptable idea (when given the options very good, good, acceptable, poor and very poor). In addition, 46 per cent thought the idea of carbon pricing was a good or very good idea. “The polling [data] also finds that there is a lack of awareness about the policy. [For instance, in] Quebec, Ontario and British Columbia, which have a carbon price in place, the majority of people don't actually know that there is a carbon price in those provinces,” Frank said.

“Every year, the evidence that carbon pricing works grows stronger. One of the things we did in this report was look at the latest evidence from three different jurisdictions that use carbon pricing (British Columbia, California and United Kingdom),” Frank said.

The report discusses a variety of other topics related to carbon pricing. For example, the report looks into how carbon pricing drives technological innovation, maintains a strong economy, intersects with public perception and more. In addition, the report detailed how prices affect choices throughout the economy. This topic of discussion included an example of how carbon prices affects driving choices and the vehicles individuals choose to purchase.

Spring flowers are in full bloom at Fanshawe College's greenhouse

Spring flowers are in full bloom at Fanshawe College's greenhouse