London Votes: What mayoral candidates are saying on BRT 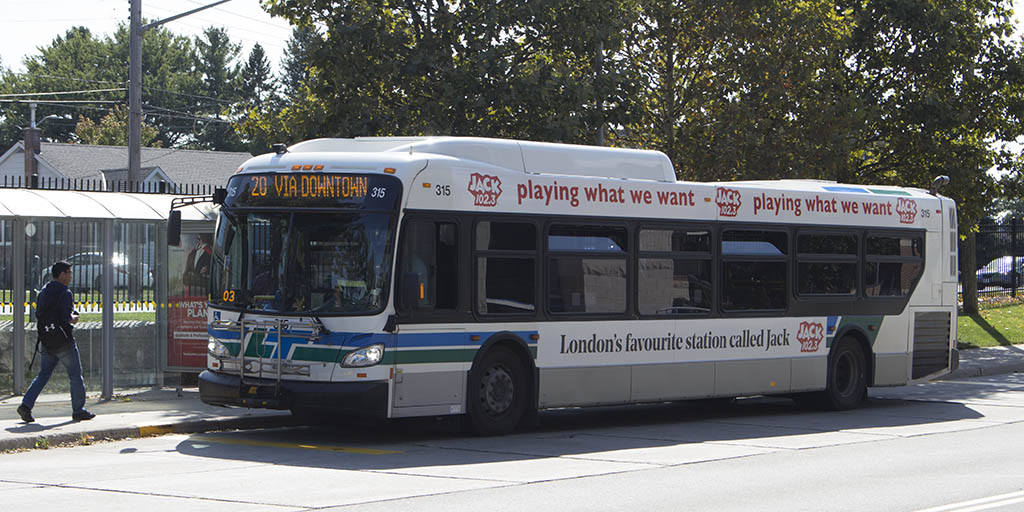 Credit: ANGELA MCINNES
London's future outlook depends on whether or not its next mayor supports BRT (Bus Rapid Transit).

Unless you never step foot off campus, you’ve most definitely noticed that London’s transit system and infrastructure desperately need upgrades to meet an increasing population. That’s why the proposed plan to build BRT – Bus Rapid Transit – is one of this municipal election’s most hot-button issues.

The $500 million plan runs along two L-shaped corridors spanning 24 kilometres bisecting London, and crossing through the intersection of downtown’s King and Clarence streets. It promises to optimize routes, create dedicated lanes for express buses and use smart technology to synchronize traffic signals around the system. It will add 35 new bus stops, which will include Wi-Fi and charging stations.

There has been outside support for the project, with the province committing $170 million, and the federal government offering $204 for overall transit infrastructure. The city has said it will pay $130 million, funded through development charges.

Despite the obvious need for some kind of change to the city’s public transit system, mayoral candidates are largely divided on the issue. Six of the 14 in the running spoke to Interrobang about it, along with several other key topics to appear in our publication in the weeks to come. Here’s what they had to say about BRT:

“Yes. We’re falling way behind. We need this, the city needs it. We’re growing, we have to grow with the city, and it’s paid for. The province has kicked in the lion’s share. Let’s just get it going.”

“The BRT was hatched somewhere deep down in the tunnels of bureaucracy […] it doesn’t make any sense.”

Instead of BRT, Cheng has set his sights on creating more bus bays on major intersections, mending roads and unifying bike lanes for cyclists.

“I believe most voters have made up their mind against BRT and I agree with them. The way it’s designed and put forward, it’s only going to decrease commuter time by about 10 minutes or less. I believe the way it’s set up and designed is not really worth the $500 million. We need more bridges and more underpasses and overpasses to make it a much more efficient, workable system. It seems like [BRT] will cause more problems than actually solve.”

“I’ve been pretty clear from the beginning I don’t support BRT. I do support major transportation impacts that will help students and help all citizens of London.”

“I’m not in favour of the current BRT plan. I believe it to be too costly, too disruptive to much of the current businesses and residents, and too risky to the downstream benefit of tax payers.”

Paolatto said he advocates for transit priority lanes, cue-jumping lanes, transit-priority signals, express buses, better use of technology like on and off apps, and better use of dual door entrances and exits. He also wants to see improvement for bike lanes and pedestrian walkways.

“I’m very supportive of BRT. Right now our system is antiquated […] I can tell you what the top three complaints are: mission buses, missing passengers on the road, and overcrowding. I’m a daily transit user. I ride the bus every day and I know exactly what problems are happening in town.”

O’Connell said he believes BRT is more about safe and efficient travel than saving commuter time. He wants to implement the plan and ensure there is a cycling infrastructure to match it.

Motoring - A tale of two Mustangs: A further look at two different models