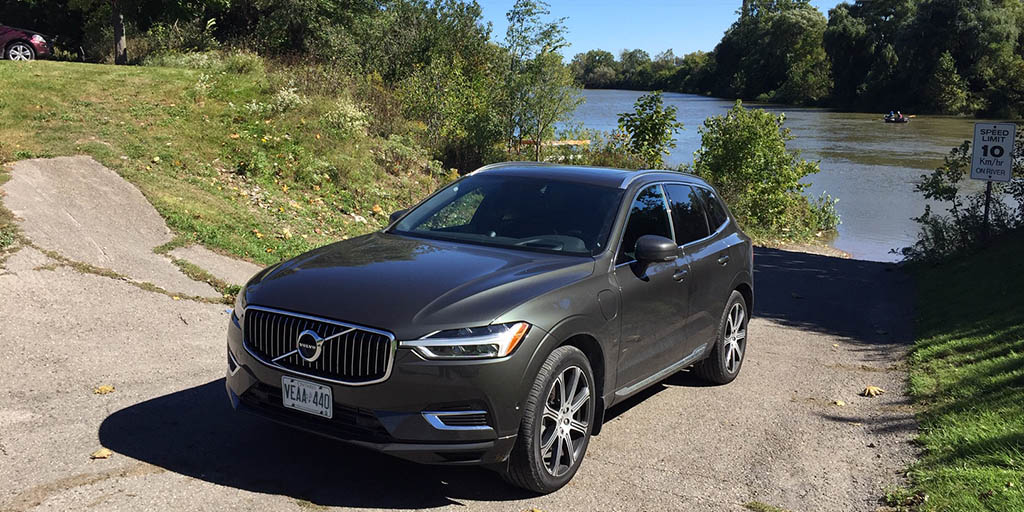 The 2019 Volvo XC60 T8 is a rather expensive vehicle, but one that is practical and helps contribute to saving the environment.


The Many believe that the future of motoring is going to be electric, but it is not that just yet. The market has a few full-electric vehicles, but they aren’t as common as gasoline- powered vehicles.

Part of the reason full-electric vehicles haven’t taken over the world is the fact that it takes far too long to charge them, and that there aren’t as many public charging stations as there are gas stations.

The best solution for current times are plug-in hybrids, vehicles that can give you some electric mobility, but thanks to their on-board gasoline engine, they can take you all over the country.

Plug-in hybrids are not perfect either, since the electric range they offer is very limited. Take this 2019 Volvo XC60 T8 for example. From a Level-2 charger, it takes almost three-hours to fully charge it and in return, you get about 30 kilometres of pure electric driving. So, unless your daily commute is very short, the XC60 T8’s electric range is not going to be sufficient. Its 2.0 litres, four cylinder gasoline motor would take you the rest of the way, and it is a marvel of an engine, featuring turbocharging and supercharging on the same unit. Hence, end result is plenty of performance – with gas and electric motors engaged, the XC60 T8 produces 400 horsepower and 472 pounds per foot of torque.

It manages this sort of performance thanks to its set up. The gasoline engine drives the front-wheels via an eight-speed automatic gearbox. Between the engine and the gearbox lives a 46 horsepower electric motor that does various functions. At the rear axle, you’ll find an 87 horsepower electric motor to propel the rear wheels, so in “All- Wheel Drive” mode, there is no mechanical linkage to power all four wheels, it is a mix of mechanical front drive and electric rear drive.

In “Dynamic” mode, all motors come into play, and hence this rather innocent looking SUV can surprise a few sports cars out on the road.

However, most people buy a vehicle like the XC60 T8 for efficiency and to maximize that, you should drive it in the “Eco” mode. During my test cycle (130 kilometres of city, 170 kilometres of highway driving), I played with its various modes and had it fully charged just twice and averaged 7.3 litres per 100 kilometres, which is very good for a vehicle of this size and performance.

From a technical and performance point of view, the new XC60 T8 is very impressive, but what is the rest of the vehicle like?

Styling wise, the second-gen XC60 carries some design cues from the old model, mixed in with the bigger XC90. I think it looks smart, but it doesn’t turn heads.

The interior is similar to the new series of Volvo vehicles, like the XC90 and S90, so a very attractive layout, with lots of features, plenty of space, and a large touchscreen infotainment system, which looks and operates like an iPad on your dashboard.

What about the price? Well, entry into the XC60 family is quite reasonable, because the base T5 model starts from just $45,900. The plug-in hybrid XC60 T8, in R-Design trim, will start from $69,950. My tester was the more luxurious “Inscription” model, which starts from $71,150. Given that there are no more incentives to buy a plug-in hybrid or electric vehicles in Ontario, this is not a vehicle that the masses can purchase.

However, if you can afford the new XC60 T8, you will have a vehicle that is efficient, powerful, comfortable, practical and quick. In short, it does everything you would want from a vehicle.