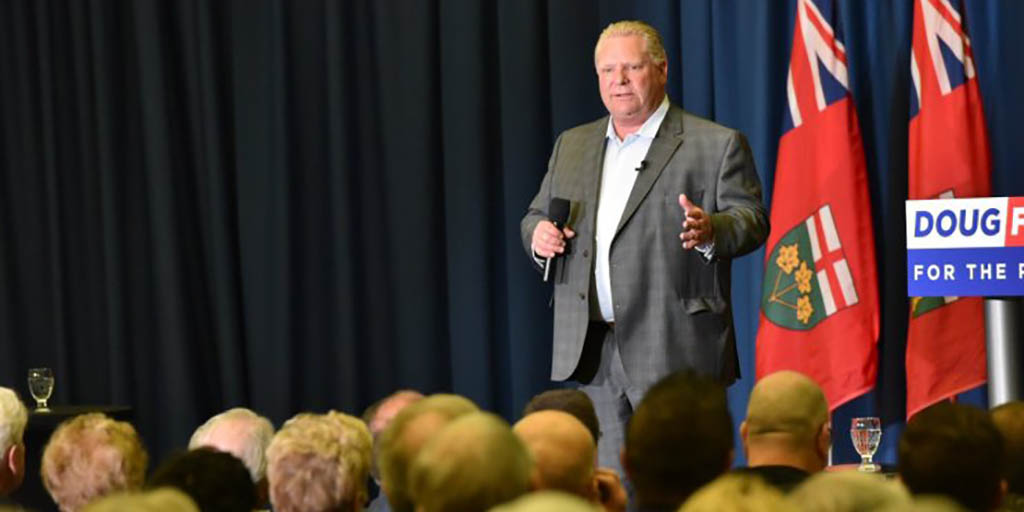 Ottawa — (CUP) French-language university shouldn’t have been on the chopping block.

On Nov. 15, the Ford government cancelled plans to open Ontario’s first French-language university, alongside other cuts. The French-language university, which would have been based in Toronto, was set to open in 2020, and would have improved the quality of education for the over 600,000 Francophones living across Ontario, according to an email from the Canadian Federation of Students.

The announcement of this cancellation has been met with harsh criticism from Francophone students, Franco-Ontarian community groups, and even federal Conservative leader Andrew Scheer. The cancellation was announced alongside the elimination of three important positions; the French language services commissioner, the environmental commissioner, and the Ontario child advocate. These cuts were part of the provincial government’s “cost-cutting plan” to reduce the provincial budget.

From a purely optics-based standpoint, these cuts show the priorities of the Ford government quite clearly—he doesn’t care for the protection of the environment, of children, and most certainly not of the French language. The Ford government claims these positions will be folded into other departments, who will, in turn, receive more resources to carry them out; But having these watchdog positions independent of the government is critical. It’s important for French students to be able to access the resources they need, and a higher level of education when it comes to their programs. The French-language university would have offered them a wider variety of courses to choose from, rather than just some or half like at the U of O.

There need to be increased opportunities for Franco-Ontarian and bilingual students to be able to practice and hone their language skills while not having to travel across the province or country in order to do so. My younger sister, who’s now in Grade 12, has attended French immersion for all of her schooling, and now must make a decision to either stay home in the GTA and drop her French altogether, or continue on with her French education but move hundreds of kilometers away from home. And even then it would be to a university that, sure, is bilingual, but it isn’t able to offer super specialized courses conducted purely in French, not in the same way the French-language university would have.

Plus, although we’re French-Canadian by birth with a Quebecois father and last name, my sister would take any opportunity she could to speak English in Ottawa. Sometimes it would be out of convenience, unlike at the French-language university where students could foster their conversational skills on top of their academic understanding, and make connections with other members of the Franco-Ontarian community.

For far too long Franco-Ontarians have been underrepresented and underserved by the provincial government. In 1912, a conservative Ontario government introduced Regulation 17, which restricted access to French education. More than a century later, a conservative Ontario government is doing the exact same thing. Ford’s choice to cut both the French-language university and French language service commissioner as “cost-cutting measures” shows where his priorities lie—and it’s definitely not in serving the Franco-Ontarian population.
Editorial opinions or comments expressed in this online edition of Interrobang newspaper reflect the views of the writer and are not those of the Interrobang or the Fanshawe Student Union. The Interrobang is published weekly by the Fanshawe Student Union at 1001 Fanshawe College Blvd., P.O. Box 7005, London, Ontario, N5Y 5R6 and distributed through the Fanshawe College community. Letters to the editor are welcome. All letters are subject to editing and should be emailed. All letters must be accompanied by contact information. Letters can also be submitted online by clicking here.
Doug Ford Francophones French Language Ontario Provincial politics

Fanshawe succeeds at the OCMC 2018