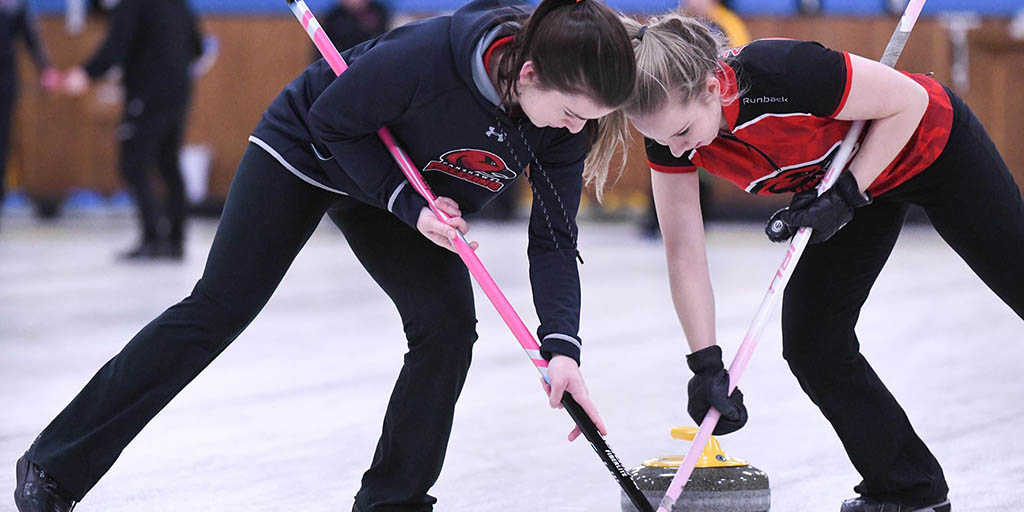 
The New Year means the start of the 2018-19 season for Fanshawe’s Falcons men’s, women’s and mixed curling teams.

On Jan. 4, the men’s and women’s teams went to the East York Curling Club in Etobicoke to compete in the Ontario Colleges Athletic Association’s (OCAA) only exhibition bonspiel scheduled this year, hosted by Humber College.

The teams are now looking ahead to the provincial championships, from Feb. 14 to 17 hosted by Mohawk College in Hamilton.

“That’s what we’re gearing up for,” head coach of all teams, Barry Westman, said. “We’re doing lots of practising now, trying to get ourselves in good condition for that.”

If the teams are successful, they’ll move on to the Canadian Collegiate Athletic Association (CCAA) national championships in Fredericton, N.B. on March 15 to 19.

“Our goal is to have two teams make it up there,” Westman said.

The teams have been rigorously training since the fall at the Highland Country Club, where they attend practice sessions two to three times a week and compete as part of club leagues.

“It’s a bit of a challenge balancing school and work and life commitments,” Westman said. “We carry extra players so we can try to not expect people to be there every day for those events, but it’s always a challenge trying to fit the schoolwork into a busy varsity curling schedule.”

Last season saw the women’s side win the CCAA gold medal for their fourth consecutive year in Leduc, A.B. with a 5-4 extra end victory over Camosun College. The men’s side claimed the CCAA silver medal.

Westman said it would be tough to improve on that kind of performance, but there’s still room for both teams to evolve.

“This year’s men’s team is coming back strongly with several returning players,” he said, referring to skip Charlie Richard, and second Tyler Twining. “Our goal is to definitely win the gold medal. We were close last year, but didn’t quite make it. Those two should put us in some really good shape to return to medal contention at the national championships.”

While the men’s team has the advantage of a pre-established dynamic, the women’s team faces the challenge of coming into their own as the group rebuilds with six new players.

“The big thing on the women’s side is our lack of experience with all the new players. I think that’s the biggest obstacle, while the men’s is the high expectations. Nothing short of national gold is going to be acceptable for them, and that’s tough going into a year with that kind of pressure,” Westman said.

With the core of the men’s team having been together for the last three years, Westman said the group has the confidence it needs to progress. Meanwhile, only time will show what shape the women’s team will take.