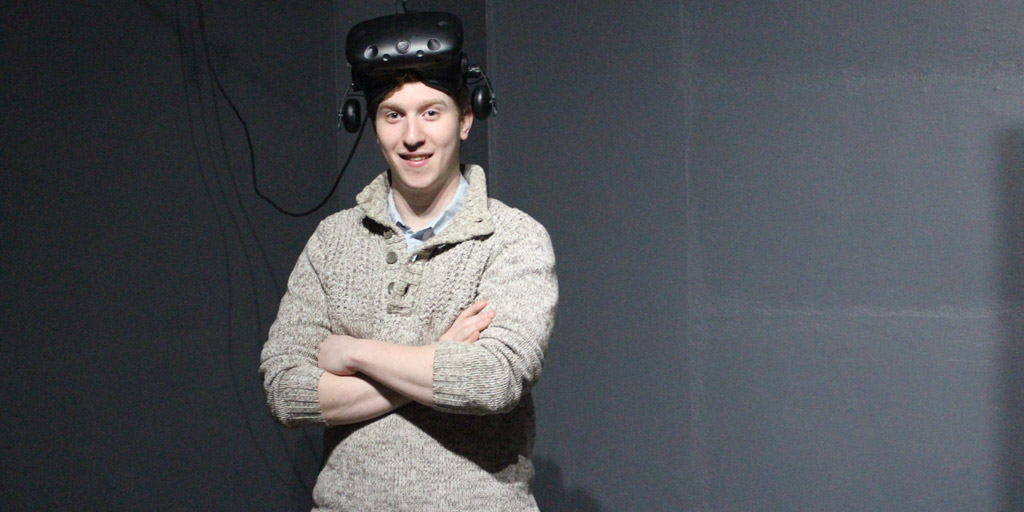 VRcadia, a VR gaming lounge on the corner of Oxford Street and Richmond Street, will be holding its grand opening on Jan. 26. According to a Jan. 21 press release on the event, the day will pair free VR gaming demos with acoustic performances from numerous local musicians, followed by a DJ set in the evening.

In an interview with Interrobang, VRcadia general manager and co-founder, Daniel Kharlas, said that the opening’s live music will promote the basement lounge’s unique community-focused business model that includes collaborations with Events Plus, Junction Beats and Platero Visual.

Kharlas said VRcadia is more than a typical gaming arcade. In addition to gaming, the space will be used to host concerts and creative art events.

He said that opening VRcadia along with co-founder Shishir Pande meant realizing a vision he created during his time as a psychology and neuroscience student at Western University. While completing his master’s, he concentrated on the relationship between meditation and technology.

After finishing school, Kharlas decided he would take the lead on bringing similar experiences to London and got to work on VRcadia with Pande, an electrical engineer and digital marketer.

“There was a time when I was excited for someone else to open it, and then I realized that it probably wouldn’t happen unless I did it myself,” Kharlas said.

“London’s been transitioning out of being a manufacturing town and expanding into a more diverse economic structure,” Pande said in the press release. “There isn’t really a strong community for the younger demographic to engage with that sort of change. We’re hoping VRcadia becomes that community.”

Kharlas said that once the space is officially open, it will feature student discounts on every Tuesday, along with various rolling deals.

VRcadia is located at 750 Richmond Street. The grand opening event runs from 4 p.m. to 12 a.m. and will include performances from Joel Jacobs, Mike Trudgen, Todd Taylor, and The Universe Featuring Ray, among others. There will be refreshments from local food vendors, door prizes and no entrance fee. To learn more about the event, services and rates, go to the VRcadia Facebook page or VRcadia.ca.
Downtown London London businesses Video games VR

1
The best holiday-themed video games
2
Electric Market returns to celebrate London’s top DJs
3
How video game music evolved through the decades
4
Seven games you didn’t know were made in Canada
5
LAVISH London: A safe space for all