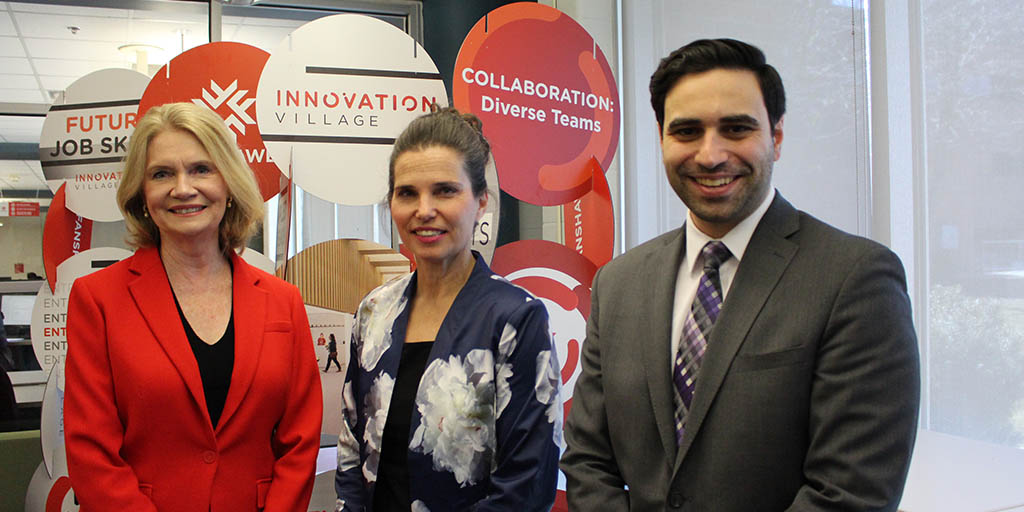 The Honourable Kirsty Duncan, federal Minister of Science and Sport, visited Fanshawe’s Leap Junction on March 26 to help introduce a new training benefit as part of the 2019 budget.

The Canada Training Benefit will provide up to $250 in credit each year to put toward the cost of training, as well as a Training Support Benefit operated through the Employment Insurance (EI) program.

“We know today that new jobs are being created across the country, but many of them require a level of education or a set of skills that people don’t have the time or money to get,” Duncan said in her speech. “In budget 2019, we’ve introduced a series of new actions to help better equip Canadians for new jobs and jobs that are on the horizon.”

Finance Minister Bill Morneau first announced the benefit to parliament on March 19 during the Liberal party’s delivery of its last budget before the next federal election.

The budget, presented as a 460- page document, is entitled “Investing in the Middle Class”.

It proposes to spend more than $1.7 billion on various supports for workers over five years starting in 2019-20, and $586.5 million per year ongoing.

The $250 credit, officially called the Canada Training Credit, can total up to $5,000 over an individual’s career. The balance can be used against the cost of training fees at colleges, universities, and institutions providing occupational skills training as of 2020.

Under the Canada Training Benefit, working Canadians between the ages of 25 and 64 will be able to leave work for four weeks of training every four years. The EI Training Support Benefit will help pay for the training and cover the cost of their lost income over that period. The Training Support Benefit will be paid at 55 per cent of the worker’s average weekly earnings. It is expected to launch in late 2020.

Duncan said that the new budget will help students transition into the workplace as well.

“We’re committed to creating a work integrated learning placement for every student who wants one, starting with creating up to 84,000 placements per year over the next few years through this budget,” Duncan said.

Also present at the announcement was London West MP Kate Young, who praised the new benefit for allowing workers of all ages to upgrade their skills.

“It’s important to underscore that this is something they can take with them in their lifetime,” Young said. London North Centre MP Peter Fragiskatos expressed enthusiasm for the benefit as well.

“The changing nature of the economy dictates that we need to really provide these sorts of supports for young people but all people in fact,” Fragiskatos said. “It’s much more common now to have folks go from job to job….Providing supports for training along the way so they can upgrade skills for various jobs that are available, I think it’s really important the government’s recognized that.”

1
How to mind your own business with LEAP Junction