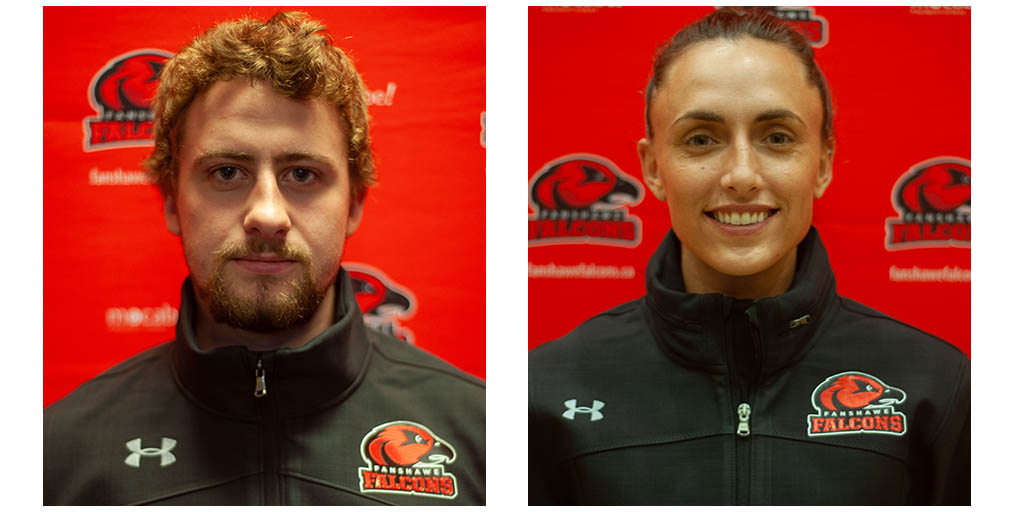 
Fanshawe Athletics has officially completed its best season yet, setting a record for the most medals won with a combined 28 Provincial and National medals.

The Falcons celebrated their achievements at the 52nd Annual Fanshawe Athletics Awards Banquet, held in the Oasis dining area of the Fanshawe Student Centre on April 12.

Kovacevic also earned the Player of the Year title from the Ontario Colleges Athletic Association (OCAA), as well as OCAA Championships MVP as the Fanshawe women's soccer team recorded their first Provincial Championship in nine years.

The fourth-year striker from Acton, Ont., led the Falcons to a perfect 10-0 regular season and set the Fanshawe record for most career goals (79), and OCAA records for most foals in a season (30) and most goals in a game (9). According to an April 12 press release from Fanshawe Athletics, her 30 goals led the nation and were double the amount of the second leading scorer in the Canadian Collegiate Athletic Association (CCAA).

Kovacevic was named a CCAA All-Canadian and the CCAA Women's Soccer Player of the Year, the first time a Fanshawe soccer student-athlete has ever won the award.

She was also named a CCAA Tournament All-Star after leading the Falcons to a national bronze medal. She led the national tournament in scoring, including notching five goals in the quarterfinal match.

Gundrum, a fifth-year student-athlete from Port Elgin, Ont., has played every role throughout his Falcons career. According to the press release, he saved his best season for last, leading the team in digs and passing quality and earning the OCAA Second Team League All-Star en route to a provincial gold medal.

He helped the Falcons to their first-ever National Championship, where he was named a CCAA First Team Tournament All-Star. He was Player of the Match in the national final, his final game as a Falcon.

“I felt very honoured and thankful to be chosen for this award with so many amazing athletes at this school. I couldn't have done it without my teammates, coaches, athletic staff, and supporters. If it wasn't for their support I would never have been in this position,” Gundrum told Interrobang via email. “I have to thank my head coach Patrick Johnston, it was five years ago he decided to take a chance on a ball control rightside from a small club team out of Port Elgin, Ontario.  He allowed me to be the player that I always wanted to be, thank you coach.”

To view the full list of student-athlete award recipients, go to fanshawefalcons.ca.