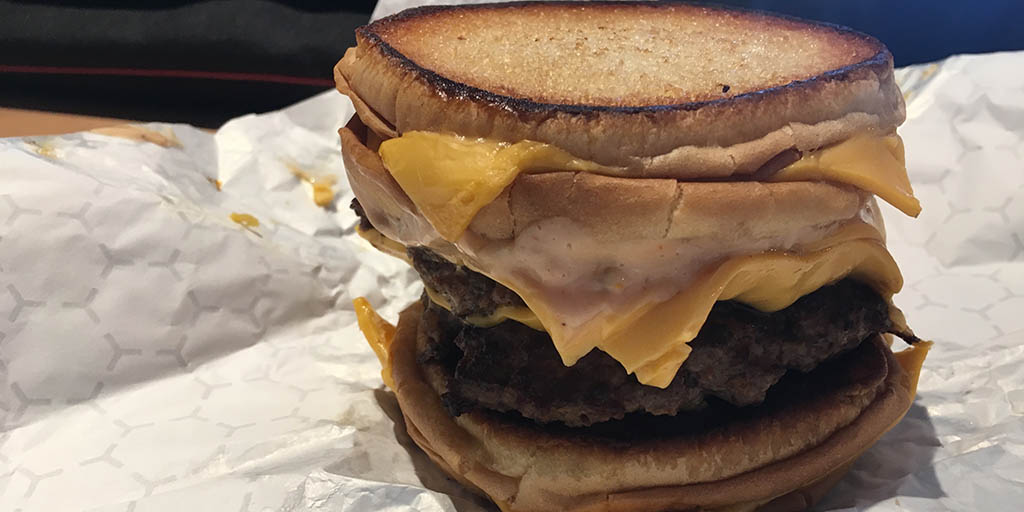 Burger Burger, a local family- owned restaurant located on Richmond Row, was named the second best burger joint in all of Canada back in March by the popular blog and media company, Big 7 Travel.

“We were totally caught off guard” said co-owner Kirk Anastasiadis, who said he and his family discovered the news through social media. “Instagram just started going crazy and we didn’t know why.”

When the news first broke, they had no idea that the restaurant had been in the running.

“We were ranked second best in Canada without any heads-up or anything. So the restaurant got slammed, started getting a whole bunch of extra attention and tons of messages. So it’s pretty cool,” added Anastasiadis.

In another list, the same website also named Burger Burger as having the 10th best burgers in the whole world. The appearances on both lists have helped to propel the restaurant’s popularity.

“I was blown away by that. You know, we’re in little London Ontario, and to have that kind of recognition […] Big 7 Travel is a huge account, so that meant a lot getting that from them,” said Anastasiadis.

Typically, once final exams are finished, Burger Burger would see a dip in customers. However, their new world-renowned status has led to an unseasonable boost in sales.

“London is heavily influenced by students,” said Anastasiadis. “They just left last week and this just came out and it’s just kind of been perfect for the summer. You know, more people are hearing about it so that’s great!”

Big 7 Travel is not the only social media presence to give the restaurant recognition. Most recently, delivery service app Skip the Dishes named it the best burger joint on its roster in London. Since then, Burger Burger has seen a spike in deliveries.

“So that was crazy too!” Anastasiadis said of the Skip the Dishes ranking. “We’ve just noticed since they have announced that through their channels, our delivery has gone through the roof.”

“We bring in our beef fresh every day; it never lasts more than a day in here. We use super high-end beef. It’s our own combination of sirloin, chuck and brisket. Once it hits the grill, there’s nothing going on but salt,” said Anastasiadis.

The menu includes many local favourites including “The Richmond”, a double cheeseburger topped with bacon and caramelized onions.

Anastasiadis said that he and his family aren’t sure what Burger Burger’s next step will be after gaining so much attention. However, there have been talks about expanding outside of London.

According to the Big 7 Travel listicle that started it all, “Burger Burger is a place where the room is stripped back and simple and all the focus is on the superstar dish… the burger. They make hand-crafted burgers fresh in-house every day with the perfect combination of sirloin, chuck and brisket”.

The first place for both Big 7 Travel lists named Uniburger located in Montreal Que. as having the best burgers.

Fanshawe prepares for another year of Pride London Festival