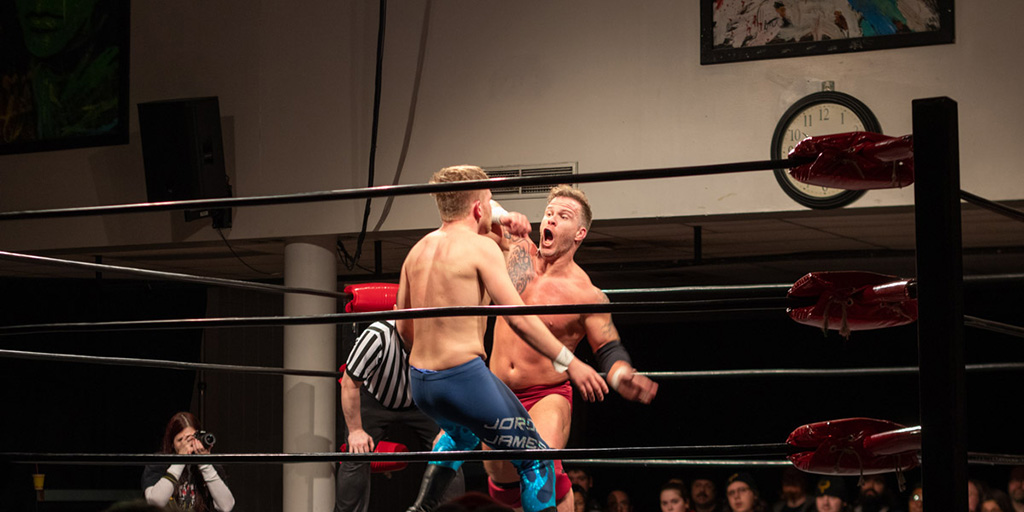 The event will offer wrestling fans the rare opportunity to watch recent grads of the elite Tyson Dux Wrestling Factory show their mettle against Canada’s elite in the pro wrestling scene.

“Smash Wrestling is a springboard that goes from smaller scale to big times,” said Tyson Dux. “When you’re on this kind of a level where you have guys that are super experienced, been at this game 10 to 12 years, there’s always new kids wanting to come in and prove their worth and be the next in line.”

Smash Wrestling is aired weekly on the Fight Network and globally in over 30 countries across Europe, Africa and the Middle East and features talent affiliated with WWE (World Wrestling Entertainment, Inc.), Ring of Honor, and Impact.

Dux, a WWE alum, said that the new talent, all coached by him, stand out in their own way with their own unique characters and fighting styles. He added he was excited to have is son participate in the event as well, and see a new generation step up to claim their place in the world of wrestling.

“The madness of professional wrestling is kind of like a sickness, in the best way possible” he said. “It’s something that is so infectious that once you’re into professional wrestling and then you decide that you want to be a pro wrestler once you get into that ring and experience it for the first time, it’s one of those things that you never ever really let go of.”

Welcome to the Proving Grounds takes place in Forwell Hall. Doors open at 7 p.m., and the bell rings at 8 p.m. Tickets are $20, available at the Biz Booth and at the door.
On Campus Events Professional Wrestling Smash Wrestling Tyson Dux