The R35 GT-R shows off its timelessness with its 50th Anniversary Edition.


The GT-R moniker is 50 years old, and Nissan is celebrating this milestone with a special edition model of the car that wears that badge of honour.

The question is, does it wear it proudly, or has the badge lost its focus along the way?

To find out, I spent some time with the GT-R 50th Anniversary Edition, to get a clear answer.

With the R35 project targeting the global marketplace from the get go, Nissan engineers were given a simple brief to build a sports car that would be a world-beater.

Mission accomplished. When the R35 GT-R was first given to journalists for testing, many claimed it was the greatest sports car on sale at the time, and with a base Canadian price of just around $82,000 in 2008, it was also the performance bargain of the century.

So, is the R35 GT-R still relevant? Does it still represent excellent value for money? That is what I’ll be looking to answer by the end of this review.

Styling: Over the last 12 model years, the GT-R has evolved ever so slightly. It received a facelift in 2011, and has seen its fair share of special editions with minor nips and tucks. To the untrained eye, all R35 GT-R models will look the same, as the changes are that discreet.

Does it look dated?

No, not at all. The design has served it well, and it still turns as many heads as it ever did, and my 50th Anniversary Edition testers Bayside Blue (which is a nod to the blue found on the R34 GT-R) ensured that even those who don’t normally care about cars, to give this a second glance.

In a world of pretty sports cars, I like that the GT-R is not a pointy arrow on wheels – it’s butch and in your face. It wasn’t designed to win beauty pageants, it was designed to outperform the competition, and I like that.

Interior: You’d expect a car that was built with performance to be the top priority, to have a very basic, and harsh interior.

Not so the case with the GT-R. This car is not only all business when it comes to performance, but is also as formal as a business suit when you step inside. The interior is extremely well-trimmed in fine leather, there is a fairly comprehensive infotainment system, the seats are large buckets with a fair amount of adjustment (it even has back seats), and you get automatic climate control, and an 11-speaker Bose sound system featuring active noise cancellation. Trust me, this super sports car can shame a few luxury cars at their own game.

Powertrain: At the heart of the GT-R is… umm… its heart.

If you want even more, Nissan has teamed up with Italdesign on an extremely special (and supremely expensive) variant called the GTR50 that serves up 710 horsepower and 575 pound-feet of torque. Only 50 examples will be made, and they’re priced at around $1.5-million.

Getting back on track with the 50th Anniversary Edition, and all other GT-R models; power is fed to all-wheels through a very clever system that monitors each wheel and feeds power to the wheel that can best use it. This type of system is found on many cars these days, buy the old R32 GT-R was the first production car to ever feature this technology, and the one in the current R35 GT-R is even more reactive.

The only transmission offered on the R35 GT-R since its launch in 2008 has been a six-speed dual- clutch unit. It offers extremely quick shifts, and is quite smooth in its operation; even though at times, in stop-and-go traffic, it does make some clunking noises as it goes up and down the gears.

Performance & Driving Dynamics: As anyone who is even remotely into cars will tell you, the GT-R is all about performance, and they’d be right.

The sprint from 0 to 100 kilometres per hour takes just 2.9 seconds, and if you’re on the German Autobahn, you can max out at 315 km/h. This isn’t so much a car, more akin to a missile with four wheels. Good thing then, that it has Brembo brakes, which do a very good job of stopping you, but the pedal does require a very firm foot and has some dead travel before it bites — this takes a little getting used to.

Its straight line speed and stopping power is really impressive, but that’s not what impresses you the most. No, its real party piece is its ability to go around corners. As I mentioned earlier, the R35 GT-R features active all-wheel drive, and what that results in is a vehicle that grips the tarmac like King Kong gripping his next meal — actually, wrong monster analogy there, as the GT-R has for decades been given the nickname, Godzilla.

Yes, it’ll monster all corners that come your way, you just sit back, with your mouth agape in amazement, and experience what truly is one of the best handling cars on the planet. The 50th Anniversary Edition actually handles better than the base GT-R, as it utilizes NISMO tuned suspension and a hollow stabilizer bar – both taken from the Track Edition model.

Only thing I’d change, is the size of the steering wheel. It is a little too big for quick direction changes, so a smaller diameter wheel would be much preferred.

Apart from that, the GT-R seems to be gaining more refinement over the years. The last time I spent time with a GT-R was back in 2014, and felt it was a bit too rough for daily use. This 2020 example I just tested, was quieter when you’re just cruising, and the ride felt softer, too. Some cars, as they age, depreciate with time, the GT-R is simply getting better and better.

Fuel Economy: I did not get to do my usual fuel economy test with this vehicle, as I barely spent an hour with it. However, in my city and highway mix test, covering about 75 kilometres in the process, I averaged 13.3-litres per 100 kilometres. According to EnerGuide, the 2020 Nissan GT-R can average out at 12.8-litres per 100 kilometres, and I believe that. So, Godzilla is not as thirsty as I imagined, but it does have a taste for only the finest gasoline – minimum fuel rating you can use is 93 octane, and it would ideally like 98 octane (where in Canada can you find that?). I filled up with 94 octane, and I think the car appreciated that.

Verdict: Like Godzilla, the popular Japanese monster; the Nissan GT-R is a timeless vehicle. It’s not pretending to be anything else, nor does vanity cloud its vision. The R35 generation has been around for 12 years, but it is still relevant, and it still excites like few other cars can.

The 50th Anniversary Edition is the best one I’ve sampled yet, and it will likely only increase in value over time. If you’re looking for a collector car that will be highly sought after at some future luxury and sports car auction, than this is the one to have. 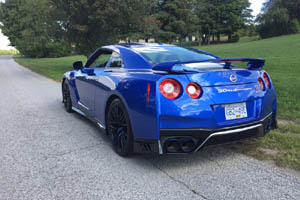 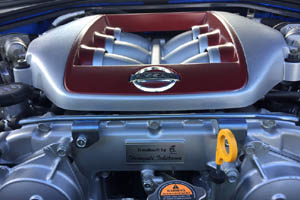 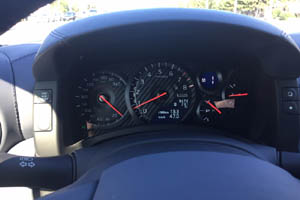