Falcons sweep competition at the diamond 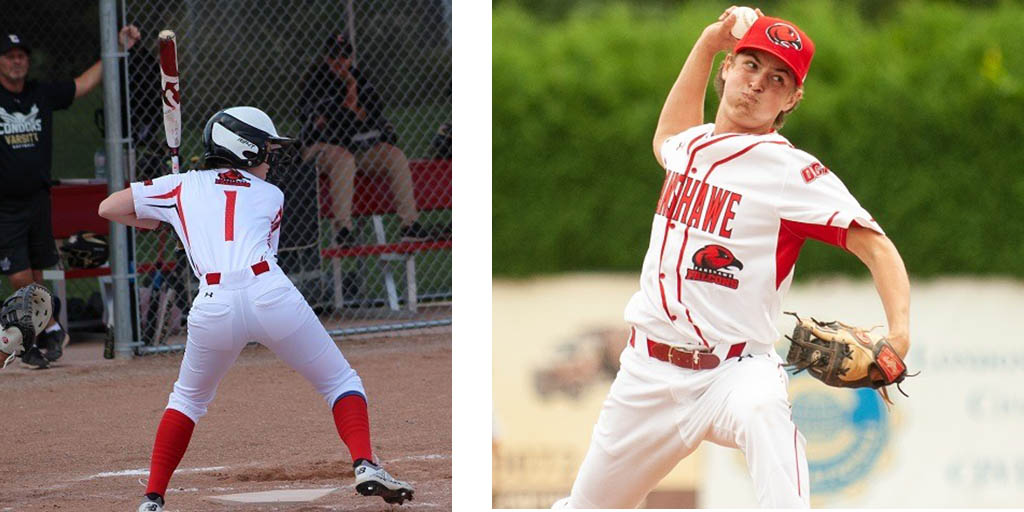 The Falcons’ men’s baseball and women’s softball teams respectively knocked it out of the park on the weekend of Sept. 28 and 29.

On the Saturday of that weekend, the women’s softball team defeated the Mohawk Mountaineers 13-3 and 11-3 during a doubleheader.

According to a Fanshawe Athletics media release, the Falcons defeated the Mountaineers in five innings, with bachelor of interior design student Morgan Lowry moving to 2-2 with the win on the mound. Ali Bergman (business - insurance) and Nichole Erb (bachelor of early childhood education) held their own at the plate, going three for four with three runs batted in (RBIs) each. Rookie Kalyn Hopkins (general arts and science), recorded three RBIs of her won, going two for three at the plate with two runs.

The second game win saw Erb (2-4) pitch a complete game and set a new Fanshawe Softball record for most strikeouts in a single game with 12. This beats out the previous record of 10, set by both Alanna Gilmour in 2015 and Erb in the last season. At the plate, Kennedi Roth (environmental tech) and Katie Berg (child and youth care) both had three hits in four at-bats for the Falcons. Berg added three runs, one RBI and one stolen base, while Roth added two runs, two stolen bases and one RBI.

The next afternoon, the softball team moved up to 10-8 on the season with two wins over Seneca, defeating the Sting 7-1 and 9-1 at Alumni Field.

In game one, winning pitcher Bergman recorded five strikeouts over the losing Seneca pitcher (0- 12). Erb moved 2-4 on the season in the second game win. Samantha Fuller (early childhood education) had five hits in seven at-bats, with four runs and two stolen bases. Berg and Paige Askew (electrical engineering) both had three hits for the Falcons in the doubleheader. Berg added three runs, two RBIs and one stolen base, while Askew recorded a single run, RBI and stolen base.

“We have a great group of players this year, but a lot of freshman,” head coach Catherine Arthur told Interrobang via email. “Team bonding has been a big focus for us as our season is so short. The culmination of getting the games to date under our belt and learning to play with each other is starting to make the difference.”

This article was written prior to the softball team’s Oct. 1 showdown against the St. Clair Saints (14-6).

That same weekend, the men’s baseball team hosted the Seneca Sting in three games. The Falcons defeated the Sting 12-4 Friday evening at Labatt Park and won on Saturday afternoon by scores of 10-6 and 5-2.

In Friday’s game, the teams were tied 3-3 until the top of the seventh, when Fanshawe scored nine runs on two hits and eight walks to the 12-4 victory. Braden Halford (business - finance) had three for four RBIs with one run for the Falcons. Adam Boyle (protection, security and investigation), 1-0, was the winning pitcher.

On Saturday afternoon, the Falcons found their offensive groove early in the first game of the doubleheader, going up 9-2 after the third inning. Josh Hare (civil engineering technology) went three for three at the plate, with a pair of RBIs and runs. Rookie Judd Walker (business - marketing) had two RBIs and one run.

Macguire Gordon (fitness and health promotion) went three for four at the plate with three runs, two stolen bases and one RBI, while Noah Campagnolo (aviation) notched the win at the mound.

In the second game, Seneca and Fanshawe were tied 2-2 after the seventh, forcing extra innings. The Falcons scored three runs in the top of the eight inning and held off the Sting for the 5-2 extra inning victory. The Falcons had a season-high five stolen bases in the game. On the mound, Boyle moved to 2-0 on the season.

On Sunday at Norm Aldridge Field the Falcons seized their fourth straight win, 5-1 against the George Brown Huskies (2-7).

The Huskies scored one in the second inning to take an early lead, while the Falcons struggled at the plate in the opening five innings. However, third-year pitcher Kale Bilger (fire inspection and safety) kept Fanshawe in the game with seven strikeouts.

In the bottom of the sixth frame, Fanshawe scored five runs to take a 5-1 lead. The Falcons would hold off the Huskies in the seventh inning to complete an undefeated weekend in London with their fourth straight win. Bilger recorded the win for Fanshawe, and Bradley Verhoeven (computer systems technology) was two for three at the plate, with one RBI, one run and one stolen base.

This article was written prior to the baseball team’s Oct. 2 game against the Lambton Lions (0-7).
Athletics Baseball Fanshawe Falcons OCAA Softball