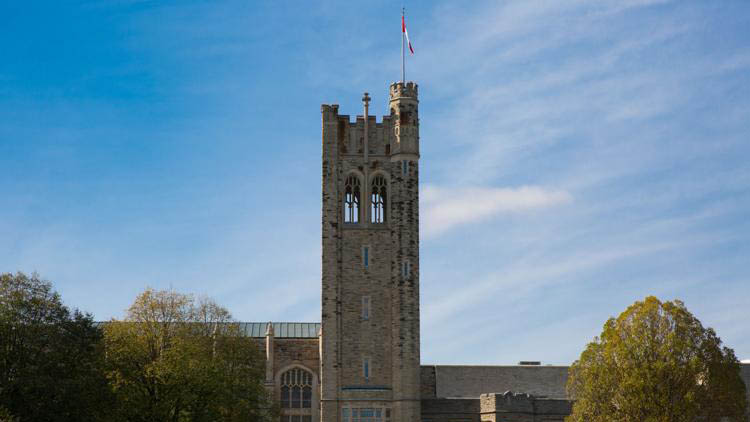 Last week a series of angry posts flooded social media, condemning an English professor’s use of the N-word during a lecture on racial language.

Western University has been the reluctant subject of many national headlines this year, featuring public incidents where bigoted and derogatory language has been used by members of the university’s community.

We’ve had one convocation speaker reference a Playboy article from the ‘70s, calling his audience of students attractive, and another incident the very next ceremony — where the speaker reminisced about students thanking fathers for “dropping off their virgin daughters.”

And let’s not forget the sexist banners that decorated Broughdale Avenue on Fake Homecoming.

It may seem in this flurry of ugly news that Western’s obvious problems are worse than elsewhere. But these incidents happen at all universities, and rarely get the attention they deserve. What Western really boasts is a unique capacity for being bigoted in public.

Each headline illustrates that Western has failed to learn from past mistakes. The same issues with derogatory language and ideas are repeating themselves, thrusting Western into the national spotlight again and again.

Western needs to be doing more. Screening speeches prior to convocation ceremonies or, in the most recent case, educating professors on what they can and cannot say in a classroom setting are preventative measures Western could, and should, be taking to ensure everyone feels comfortable on our campus.

There is a clear difference between calling someone a derogatory term and referencing the term itself; many of the men at the centre of Western’s controversies have urged that their intentions were not malicious.

But intent does nothing to change the result — people were hurt. At the end of the day, we don’t get to be the judge of whether or not someone feels pain.

While Western is responsible for these mistakes, students are too. Our culture is what led students, some of them women, to put up the bedsheets on Broughdale with misogynistic messages.

But this is true only if you assume racism or sexism are limited problems, not the deeply-rooted threats that stretch from the most overt to the most accepted.

It should surprise no one that apologies and statements have done nothing to improve the situation on our campus. They aren’t enough. Western and its students have long faced bigotry — in ways these incidents only begin to illustrate.
Editorial opinions or comments expressed in this online edition of Interrobang newspaper reflect the views of the writer and are not those of the Interrobang or the Fanshawe Student Union. The Interrobang is published weekly by the Fanshawe Student Union at 1001 Fanshawe College Blvd., P.O. Box 7005, London, Ontario, N5Y 5R6 and distributed through the Fanshawe College community. Letters to the editor are welcome. All letters are subject to editing and should be emailed. All letters must be accompanied by contact information. Letters can also be submitted online by clicking here.
Racism Sexism Western University

1
Western campus needs cheaper parking
2
Beyond the blonde: Playoff hair, beards and superstitions in sport
3
Letter from the BSA President
4
Considering racism in London by a Pakistani Muslim
5
Students talk staying creative during the pandemic

Is couponing worth it?