The Beauty of Queen & Slim 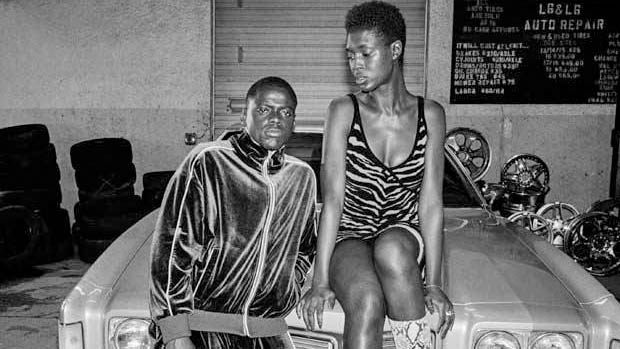 CREDIT: UNIVERSAL PICTURES
Queen & Slim is a powerful story that will make you feel it all.

Queen & Slim, starring Jodie Turner-Smith and Daniel Kaluuya, is a must-see film, and in theaters now. Director and writer Melina Matsoukas and producer Lena Waithe created a film that not only captivates the audience from beginning to end, but discusses serious real-life themes that are experienced by many in the United States today.

The beginning of the film starts off with characters Slim (Kluuya) and Queen (Turner-Smith) getting pulled over by a police officer just after their first Tinder date together. What should have been a minor routine traffic stop eventually turns into a violent altercation. In self-defence, Slim unintentionally shoots the police officer with his own gun.

The two are left scared and shocked at the escalated events which left the officer dead, and choose to run. Slim and Queen decide to travel from Ohio to South Florida, in hopes of fleeing to Cuba to avoid extradition. While on the run, a massive manhunt is underway in search for both Slim and Queen for killing the cop. With the dash-cam video of the altercation released, Slim and Queen quickly become symbols of resistance and power to many in the black community.

Throughout their travel to South Florida, we see Slim and Queen being protected by black communities in the South. At the same time, we also see massive protests begin all over the country in defence of Slim and Queen, as time and time again police brutality is dismissed with no consequences to the harmful actions.

Slim and Queen have different backgrounds and strong opposing personalities, but as the story continues, we quickly see the two forming an intense bond and falling in love with one another. Their shared experience and vulnerability bring them closer together, while demonstrating the Black life experience under a systematic racist state that wishes to harm people of colour.

Queen & Slim highlights real-life social justice issues that are experienced by black lives in the U.S. In this film, we see a shift in storytelling that does not revolve around being saved, but instead of saving oneself. The themes within the film will have audiences drawn from start to end. With the discussion of unity, innocence and vulnerability in the film, Slim and Queen show us the beauty in the ugly moments.

Queen & Slim will make all viewers feel something. The tragic circumstances remind us that the message of the film is beyond a movie; it explores all the layers of our humanity. For those who have not yet watched the movie, I highly recommend giving this a look.