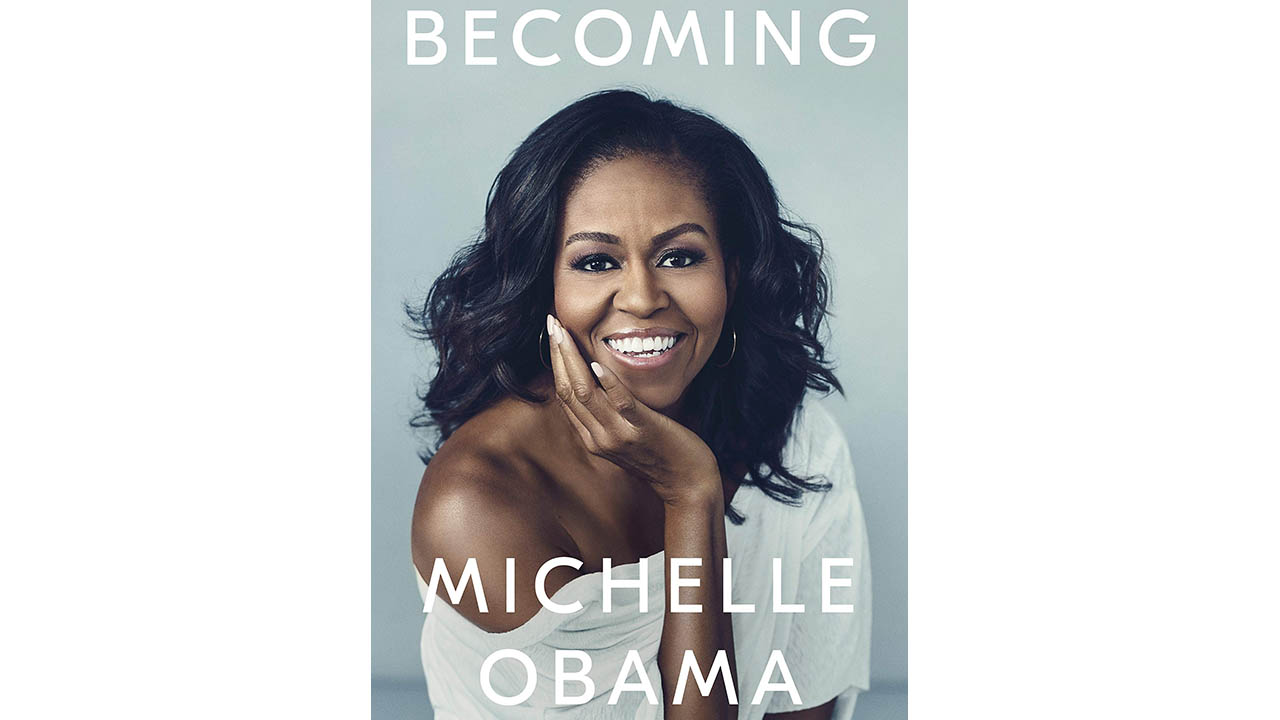 CREDIT: CROWN PUBLISHING GROUP
"For me, becoming isn't about arriving somewhere or achieving a certain aim. I see it instead as forward motion, a means of evolving, a way to reach continuously toward a better self," writes Obama in her memoir, Becoming.

With the recent passing of former First Lady Michelle Obama’s 56th birthday, I thought it only necessary to discuss Obama and her inspirational memoir, Becoming.

Becoming is a mesmerizing reflection of personal storytelling, which invites readers into the life of one of the most influential women of our time. The memoir begins by introducing Obama’s humble upbringings in the south side of Chicago, to the demands of balancing work life and motherhood, as well as her overall experience in the political realm as FLOTUS.

Becoming is an honest reflection, which details some of the most important moments in Obama’s life, from childhood to adulthood, readers see the overall growth that shaped who she would eventually become. The memoir highlights Obama’s triumphs and ability to defy expectations, as well as to confront personal struggles and disappointments.

With Obama being so honest and intimate in her memoir, readers will begin to gain a sense of inspiration while reading. These powerful moments are so candid; she details such intimate moments, such as her family bond, family’s experience facing constant discrimination, and her overall experience in finding herself.

“Failure is a feeling long before it becomes an actual result. It’s vulnerability that breeds with selfdoubt and then is escalated, often deliberately, by fear.”

This quote was one of my favourite lines in the memoir. It speaks to what many of us experience on a daily basis. Here, Obama eloquently reminds readers that we must look beyond fear and strive forward.

Another favourite moment of mine was when Obama addressed her experience in high school. While attending a wealthier school outside of her neighbourhood, she felt as though she was representing her neighbourhood as a whole. Princeton was a similar experience, in which she was representing her entire race. In each of these spaces, Obama had to represent her community in its entirety. Never seen as an individual, but grouped to represent one’s community.

As history has shown us, much of the roles revolved around the First Lady is to support their husband during his presidential reign. However, in Obama’s case, we see her ability to not only support her husband, but also peruse her own campaign initiatives. Obama’s campaign has focused on youth and health; her initiatives have been able to create spaces for children, which prioritizes their education and future.

With all that being said, Becoming is a must-read memoir. The honesty that readers witness will leave one inspired and deeply touched.
Book Review Books Michelle Obama U.S. Politics

The right FIT for the job