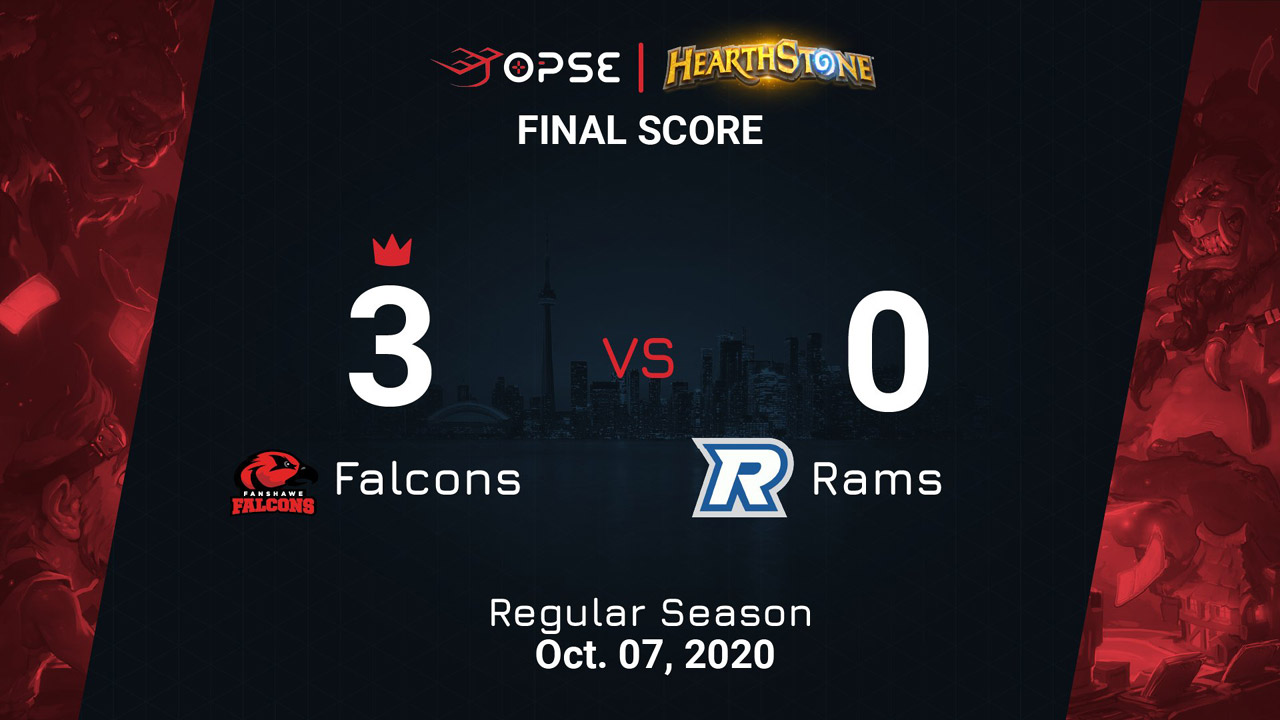 The Ontario post-secondary Esports (OPSE) league officially launched this fall, giving gamers across the province the chance to compete on behalf of their college or university. Here’s how Fanshawe fared during the first matches in the league’s history.

The Fanshawe Falcons struggled in their debut OPSE match, falling three games to none to Carleton University.

The Falcons made history by getting the first ever Fanshawe Falcons Esports win, as the team beat the Ryerson University Rams 3-0.

Fanshawe put on a dominating display over Conestoga, winning the match 2-0 in a quick 27 minutes.

This was a wild back and forth match against school rival St. Clair College. Fanshawe lost the first game, then stormed back in game two to send it to overtime and unfortunately lost the series 2-1.

How "bubble environments" are safer for the players