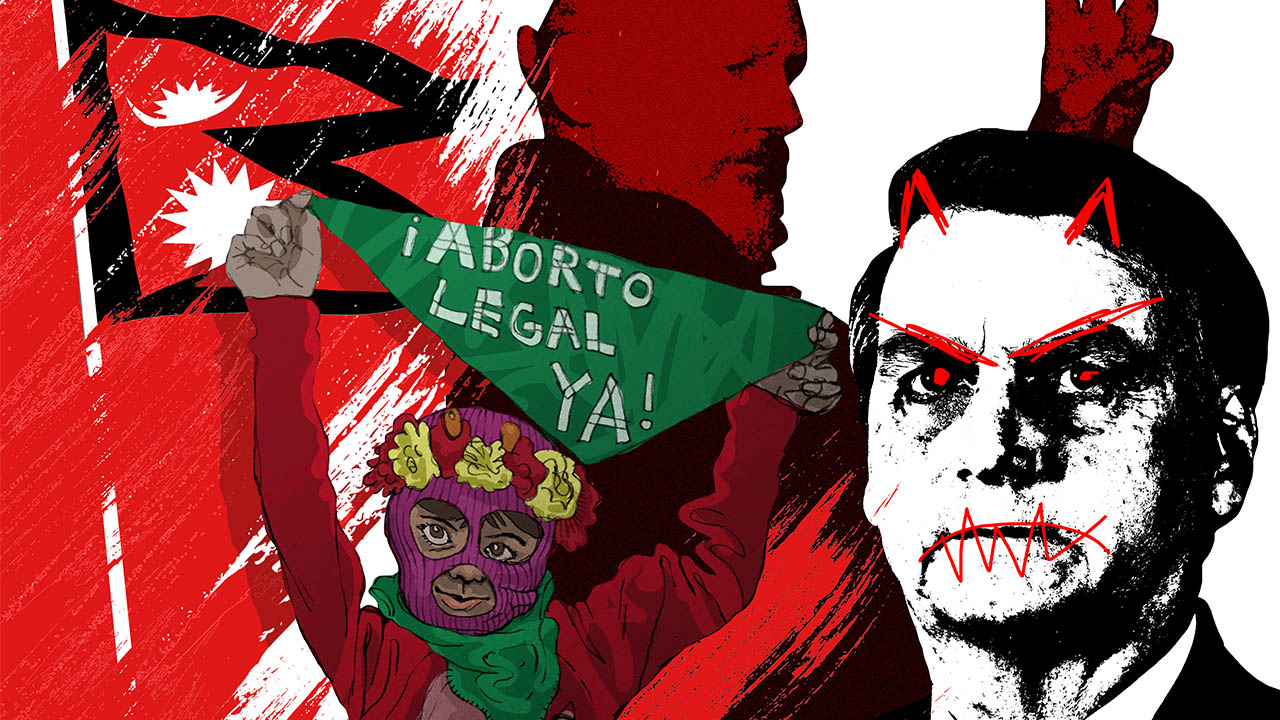 CREDIT: IAN INDIANO
New abortion laws, Assange's extradition to U.S., a new national anthem in Australia and more are just some of what 2021 is already giving us.

Right after the beginning of a new year, it’s difficult to distinguish between what happened at the end of the previous year and what is happening after the new one arrived. This is because everything that happens at the beginning of a new year is the direct result (or sometimes the conclusion) of what just happened before until that very point. In a way, what happens in January is, at the same time, a rehearsal for what’s about to come and the last opportunity to experience directly what the last year left behind.

Let’s use this privileged moment that happens only once every year to be aware of what’s happening around the world in places that tend to be off the radar. Here are five news stories to start off a well-informed 2021:

Abortion is legalized in Argentina (and South Korea)

In an unprecedented decision on Dec. 30, the Argentinian senate approved a law that allows terminations in the first 14 weeks of pregnancy. The decision was received with major celebrations from pro-choice campaigners outside the congressional palace in Buenos Aires.

A few days later, on Jan. 1, 19,420 kilometres away from Argentina, abortion was also decriminalized in South Korea. The decision is not necessarily related to what happened in Argentina, but it represents a lot to the pro-choice movement worldwide.

An American request to extradite Julian Assange, the hacker who founded WikiLeaks, was rejected by a British judge on Jan. 4. Assange has been held in a London prison for the last 18 months. He is facing 17 charges of espionage after publishing many secret U.S. documents in his website. The judge’s decision argues that the reason for the refusal is the deteriorating mental condition of Assange, who could commit suicide if held under the harsh U.S. prison conditions of near total isolation. Although the decision is based on well documented suicidal behaviour and opinions from doctors, Assange’s supporters were not completely happy with the outcome. Assange’s defence is not based on his mental health, but in the claim that he is facing a politically motivated prosecution that breaks free-speech rights.

The most corrupt person of the year

The Organized Crime and Corruption Reporting Project (OCCRP) is a consortium of investigative centres, media and journalists founded in 2006 specialized in organized crime and corruption. Since 2012 the OCCRP gives the “Person of the Year Award” to an individual or institution that has contributed the most to advance corruption and organized crime in the world. The laureate of 2020 is the controversial president of Brazil, Jair Bolsonaro.

The OCCRP said Bolsonaro “surrounded himself with corrupt figures, used propaganda to promote his populist agenda, undermined the justice system, and waged a destructive war against the Amazon region that has enriched some of the country’s worst landowners.” Some of the previous “winners” of the award include Vladimir Putin, president of Russia, Nicolás Maduro, president of Venezuela, and Rodrigo Duterte, president of the Philippines.

Starting on Jan. 1, Australia will have a new official version of their national anthem. The change is very minimal, but it is very meaningful. The change only affects one line that used to be “For we are young and free,” which will be replaced by “For we are one and free.” The intention is to reflect Australia’s long Indigenous past. Australia’s First Nations have been living there for tens of thousands of years before the European colonization started in the 18th century. Prime Minister Scott Morrison, who announced the change, hopes that the new version will create a “spirit of unity” in the country.

After the Nepalese Prime Minister Khadga Prasad Oli announced the dissolution of parliament on Dec. 20, 2020, thousands of people went to the streets in retaliation to his decision. The protesters say that this move is unconstitutional. PM Oli claims that his intention is to end infighting within his governing party, the Nepal Communist Party. Although he also wants new elections, protesters believe that the prime minister has no authority to dissolve the parliament under the new constitution, approved in 2015. It is also important to mention that it was through street protests like this that Nepal restored a multiparty democracy in 1990.
Abortion Argentina Julian Assange Nepal South Korea