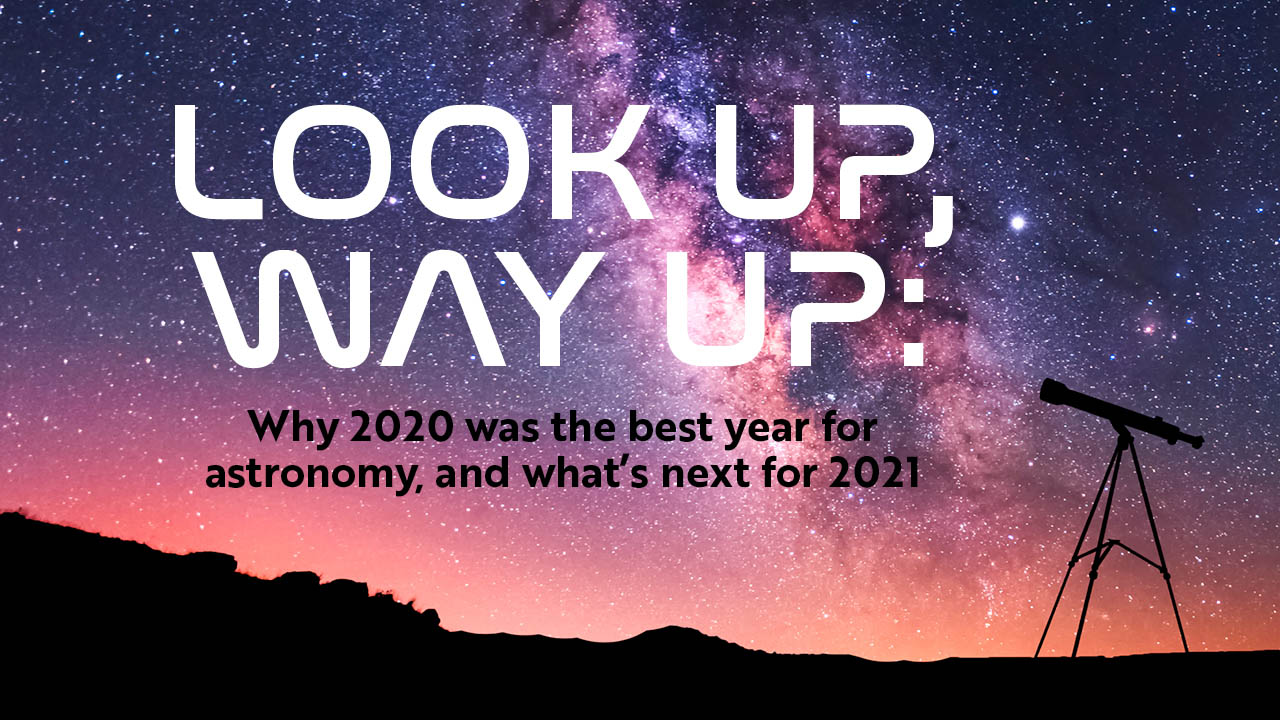 With little else to do during a lockdown amid a global pandemic, many of us deserted our screens in favour of the night sky to gaze at the stars. And for beginning amateur astronomers, there was no better year than 2020 to pick up the celestial hobby.

Parshati Patel, an astrophysicist at Western University, spoke to Interrobang* to recap the key events of the past year. Patel also gave a sneak peak of what there is to look forward to in the months to come.

*Some answers have been edited for publication.

?!: Have you noticed an increased interest in astronomy over the past year?

PP: Yes! I think the pandemic has brought a certain attention to just looking up and being in nature, given that we were all so isolated. And then, obviously we had so many amazing natural events as well.

?!: 2020 kicked off with a conjunction between Saturn and Pluto, which occurs every 36 years. What were some of the other most significant astronomical events to follow?

PP: The comet NEOWISE is the most memorable of 2020 [with an orbital period of about 6,688 years]. The fact that it was visible with binoculars or sometimes even the naked eye depending on where you were in the country or around the world made it the highlight of the year, especially for people who photograph the night sky and are amateur astronomers or observers of the night sky.

On December 21, there was a lot of excitement for the Saturn-Jupiter conjunction as well [occurring every 20 years]. The so-called Great Conjunction was visible for one day before the planets started to split apart once more as they move around the sun.

The first human crew of the SpaceX Crew Dragon in May 2020 was historic moment where humans can finally fly on a private company’s craft to an international space station. This is a new era where we’re going to start seeing more and more private companies come into play. Hopefully in a few decades it’s going to look more like an airplane industry. Other than comet NEOWISE, this was key highlight.

?!: These are uncertain times. How is stargazing beneficial for our mental health?

PP: I personally feel so connected to the environment and the universe because more often, when we talk about environment we think about the trees and the forest and things around us, but it’s very easy to forget that we are part of the solar system, the solar system is part of the galaxy, and we’re part of this universe. We have seen that during this pandemic people have taken this opportunity to go out and look at the night sky whether it’s with their naked eyes or if it’s people actually going out and buying binoculars and telescopes. We feel connected back to our origins you could say, and people have taken that during the pandemic because they’ve realized that there is not much they can do when it comes to going out. There are things that they can do in their own backyard and one of them is just looking up in the night sky.

PP: There are so many great things coming up, not only astronomically. One of the things that I’m really looking forward to is the month of February. We’re going to have a couple of different rovers, orbiters, that are going to get to Mars. I think it’s an amazing thing that we as humans are, even during this very hard year, able to launch these things and send them up back into space.

Other than that, I think one of the things that I’m particularly looking forward to in terms of the night sky is the meteor showers. Generally, I look at the ones in August, such as the Persoid meteor shower. I missed out this year because of the pandemic I couldn’t go anywhere, but those are one of the ones that here in the northern hemisphere are pretty famous because of the fact that they happen in the summer and allow people to go and look at the night sky and actually trace a lot of these meteors that come through.

?!: How can we learn more about astronomy?

PP: One of my favourite places in Canada is the Royal Astronomical Society of Canada. These are amazing amateur astronomers who know the sky inside out. There are also observatories that have programs where you can go in and check out different telescopes.

PP: It was a very great year for research in terms of astronomy because a lot of people are calling it the Year of Black Holes. The Nobel Prize went to the researchers studying black holes. Two of them were awarded the prize to detect a black hole at the centre of the galaxy, but also to a researcher who basically helped Stephen Hawking to help establish the fact that black holes exist. That is a big thing. As a researcher I absolutely love to see that we’re still coming up with new things and we’re detecting new things and the fact that the black holes were celebrated at the Nobel this year is also very historic.
Astronomy Black Holes Planets

The DOs and DO NOTs of our new reality