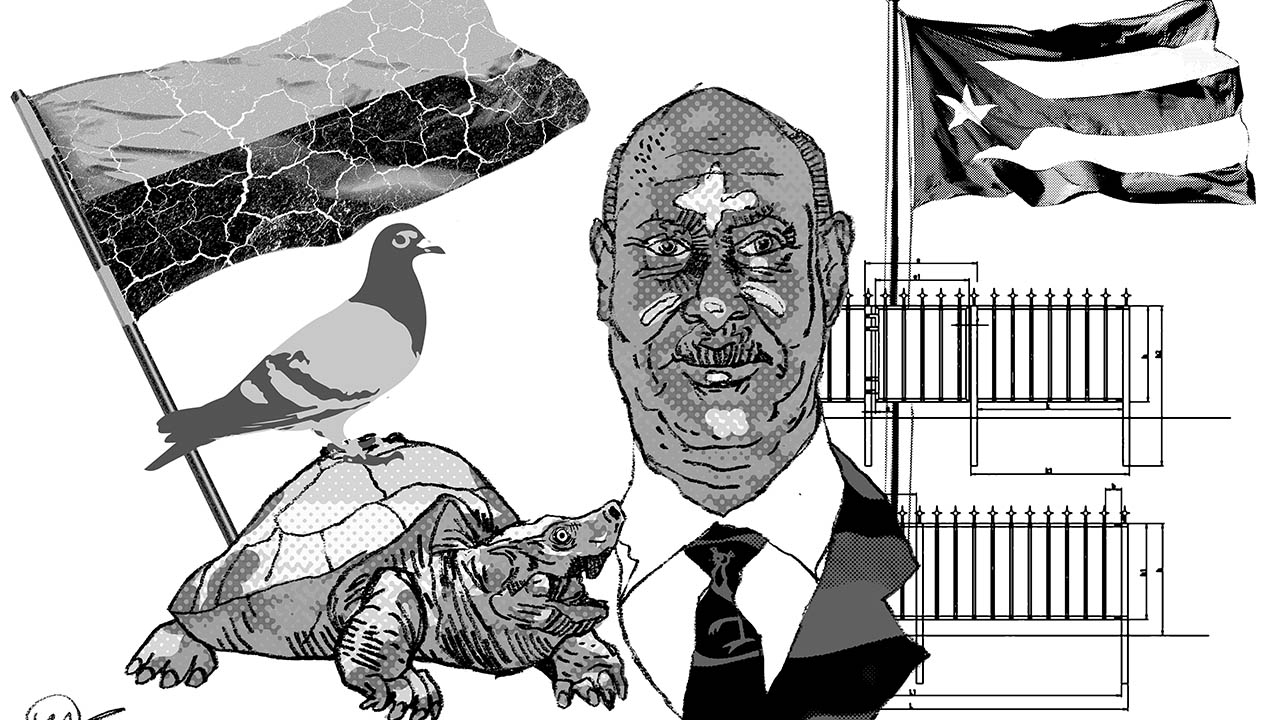 A pigeon has been condemned to death in Australia as the world becomes a stranger and stranger place.


In addition to being proficient at your work, it is also important to create friendships with your coworkers. A friendly and welcoming work environment affects your performance. That’s why engaging in interesting conversations is fundamental to create those relationships. And in order to contribute to those conversations, here are five news stories from around the world that you should be paying attention to:

Since the beginning of the year, Indonesia has endured the loss of an Air Boeing 737 with 62 people, a volcanic eruption, serious landslides, and a six-point-two magnitude tremor on Jan. 15. The death toll is rising fast as the search operations continue. The heavy rains from this time of the year are making the excavator’s job harder. Right now, thousands of people are homeless and living in shelters, which also raises the fears of new COVID19 outbreaks. Throughout its history Indonesia has faced many tragic events like that because the country sits on the Pacific “ring of Fire” where tectonic plates often collide.

The Northern River Terrapin, a rare freshwater turtle found in India was on the verge of being extinct 10 years ago. Once considered a delicacy, it was extensively hunted and sold on the black market for their meat. But everything changed when the Vienna’s Schönbrunn Zoo decided to take action. Working with Bangladesh’s forest department, conservation groups and local fishermen, the project has produced exceptional results. Today, 250 hatchlings are on the way to be released in the wild when they are old enough. The terrapins have an important role in the natural food chain of the region, since they serve as food to another endangered species — the Bengal tigers.

Cuba is back on U.S. blacklist

The announcement was made just a few days before President Trump left the White House. Cuba was placed back on an American “blacklist” of state sponsors of terrorism. The justification is Cuba’s support to Venezuelan President Nicolás Maduro, who the U.S. refuses to recognize. President-elect Joe Biden has said that he wants to improve U.S.-Cuban relations in his term as a continuation of Obama’s policies, who removed Cuba from the list in 2015. Cuban Foreign Affairs Minister Bruno Rodriguez condemned the “cynical and hypocritical” decision. The last minute move was seen by Democrats as a way to tie the hands of the incoming Biden administration.

Australia condemned a pigeon to death

A pigeon named Joe is to be put down after not following Australia’s law. The country is famous for its strict quarantine rules. The bird’s bizarre adventure started when he went missing during a pigeon race in Oregon, U.S. last October. Two months later he was seen in Melbourne, Australia by a resident (ironically) called Kevin Celli-Bird, who was contacted by officials concerned about possible infections. Nobody’s sure how he managed to travel across the Pacific Ocean, but he probably hitchhiked on board a cargo vessel. Officials say the bird is a direct biosecurity threat to Australia’s delicate ecosystem and poultry industry. He will be euthanized after being caught.

In power since 1986, Uganda’s President Yoweri Museveni was re-elected for a sixth term with 57 per cent of the votes. His main rival, Bobi Wine, is accusing the government of vote fraud. Tensions were already high before the election with violent manifestations that resulted in dozens of deaths. The government also shut down the internet before election-day. This move was received with suspicion by election monitors. Wine claims he and his family are not being allowed to leave their home by soldiers, which also hinders his contact with the Ugandan press. Despite the accusations, President Museveni called this election the “most cheating-free” in Ugandan history.