How Superstore is my favourite modern "office" show 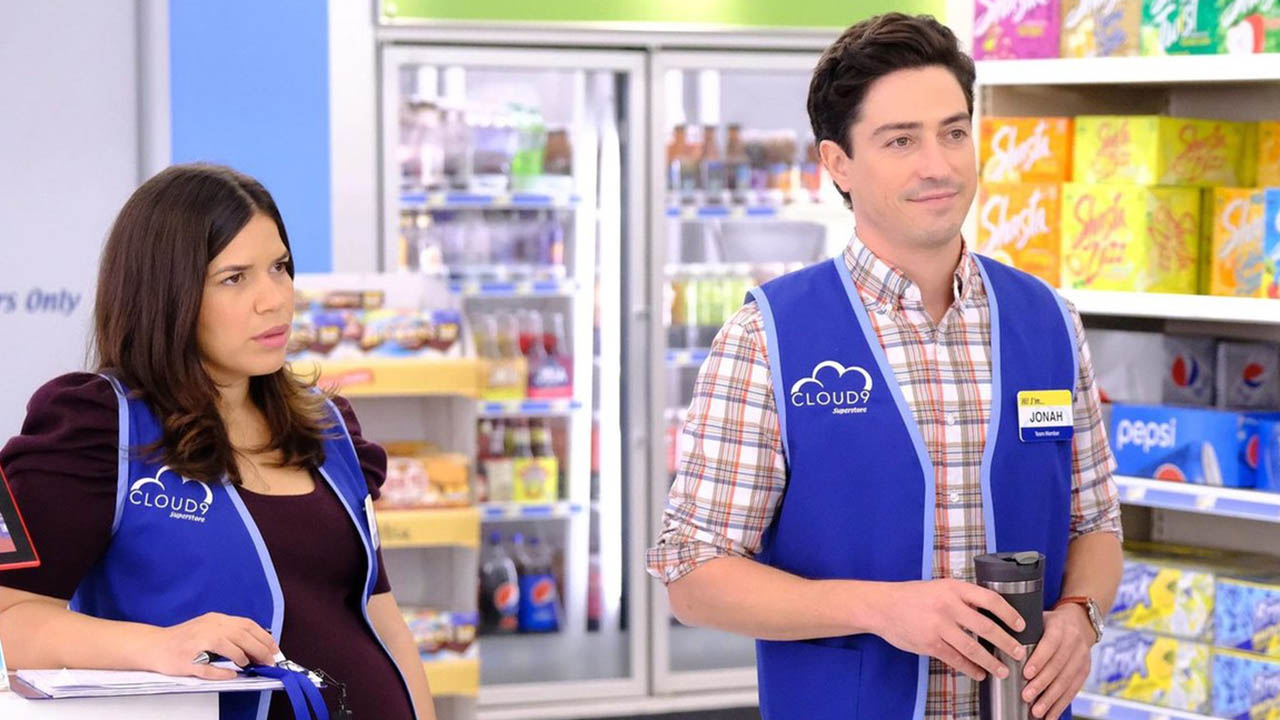 CREDIT: NETFLIX
Superstore the show reflects on experiences in big superstores like Walmart but adds that Office vibe to the show.

Superstore is a show that has been recently gaining popularity.

The series began back in 2015 and is currently in its sixth season. The first five seasons are on Netflix. While I’m not much of a Netflix user, I do watch The Office from time to time. I think this show is really relatable for fans of that, but it adds a retail superstore vibe instead of a business office.

The main character is Jonah Simms, who is the new worker at the Superstore. His character plays a college graduate who later dropped out of business school. He’s played by Ben Feldman, who is known for roles in Drop Dead Diva, As Above, So Below, and has appeared in Silicon Valley.

Feldman plays the role really well, and acts like a curious character that tries to help out Cloud 9 (the superstore name) as best he can but can also goof off as well.

The other main role in the series is Amy Sosa, who is played by America Ferrera. Ferrera has been in many roles, including her lead role in the comedy-drama series Ugly Betty, and voices Astrid in the How to Train Your Dragon movies and TV shows.

Other characters include associates like Garrett, played by Colton Dunn, Mateo who is played by Nico Santos and Cheyenne played by Nichole Sakura. Each of the other associates have their own interests and backstories and have nothing to do with the main characters but still interact with them as they try to get through their store shift.

But with every great superstore, there has to be some bosses.

In season one, assistant manager Dina Fox is played by Canadian Lauren Ash. She plays as Cloud 9’s intense and strict assistant store manager. Her character has worked at Cloud 9 for over 10 years and is a strict vegan. The other boss character is the total opposite. Glenn Sturgis is Cloud 9’s constantly positive store manager and is played by Canadian Mark McKinney. McKinney is best known for his work in the comedy The Kids in the Hall. His character acts like a more positive version of Michael Scott from The Office.

Without going too deep into spoilers for the TV show, it seemingly portrays a day in the life of what it is like at a Walmart or Canadian Tire just to name a few. Even though some plot points and some of the jokes are cliché, there is a lot of new material in the TV show not seen in other ones compared it.

If you like quirky humour with a unique blend of different characters seen in The Office or Unbreakable Kimmy Schmitt, I feel like Superstore may be the right show for you. In my opinion, the more I’ve watched the show, the more I’m hooked into it.

If you want more of a modern The Office-type of show, this is the perfect one.
Comedy Netflix TV Series

1
Top LGBTQ2S+ shows on Netflix right now
2
How Fanshawe College became the site of The Amazing Race Canada
3
Carrie Bradshaw deserved more than Mr. Big
4
Does anyone remember The Mighty Ducks?
5
Reality TV bites, but it feels so good

U Sports pushes for equity, diversity and inclusion in athletics