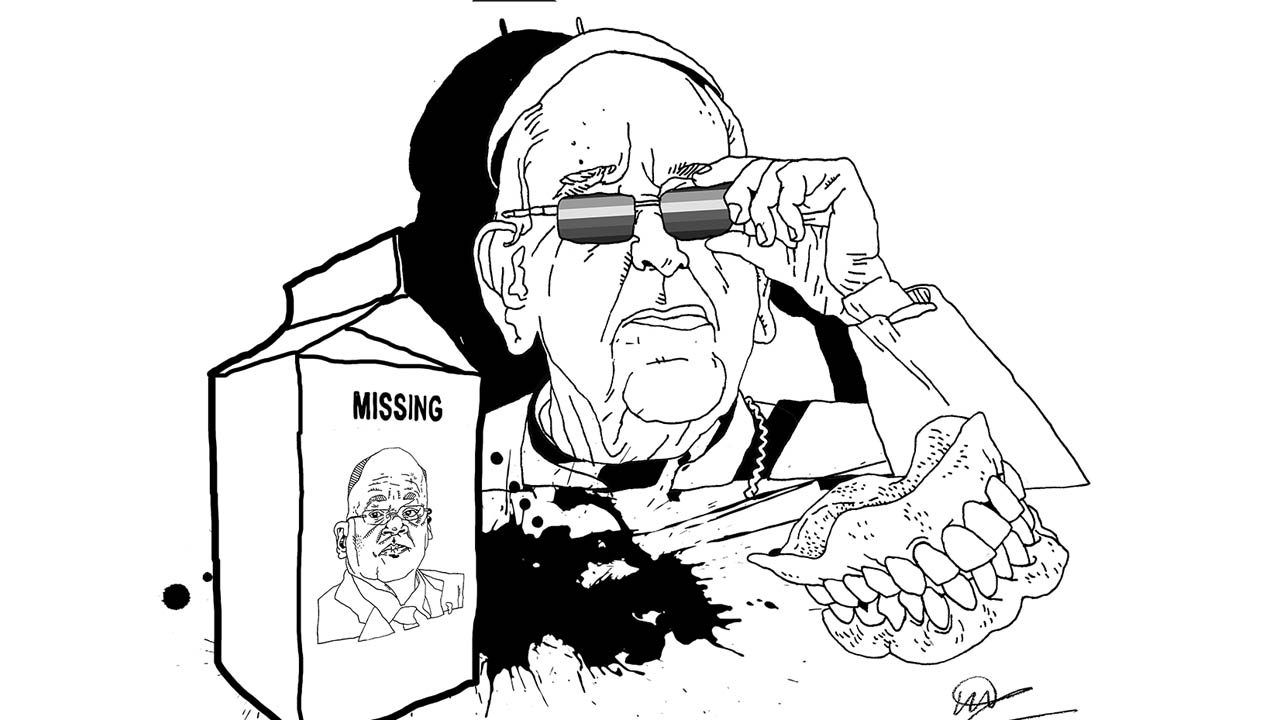 CREDIT: IAN INDIANO
This week in Off the Radar: Ex-president arrested in Bolivia, an historical inquiry to be held in Australia and a missing president in Tanzania.

Technology accelerates everything. It has made information more accessible than ever. What is written in a little village in Japan can reach Canada in a fraction of seconds, faster than we can comprehend. We are so used to it that we don’t realize how absurdly amazing the evolution is since the first international telephone call in 1881 to where we are now.

It took humanity dozens of thousands of years to invent the telephone, and after that, just a little over a century to lose track of how fast information can be delivered from one side of the globe to the other. Although this notion might seem overwhelming, progress and innovation depends and will continue to depend on information distribution. Looking back to humanity’s history I say: to know what’s happening is a privilege.

To help you don’t lose track of what’s happening in the world, here are five news stories you should be paying attention to:

A few issues of this newspaper ago, in this very column, it was announced that Bolivia had elected ex-president Evo Morales’ candidate Luis Arce in 2020, after Morales’ abrupt resignation in 2019, which raised suspicions of a coup against him. Now, over one year later, Jeanine Áñez, the interim president after Morales, was arrested along with several ex-ministers. She is being accused of engineering Morales’s overthrow. Áñez said on her Twitter account that she was being politically persecuted and claimed she’s been a victim of a political vendetta. Morales, also in his twitter, supported the move and demanded punishment for those involved in the “coup” against him.

Banksy public artwork to be auctioned

The anonymous Banksy is one of the most celebrated contemporary artists nowadays. He started his career as a street-artist and to this day the majority of his works are still made and viewed in the streets. Last December a mural entitled Aachoo!!, a response to the pandemic, appeared on the outside of an old house in Totterdown, England. The image shows a woman sneezing her false teeth off. The wall in which the artwork was painted was removed from the house in one piece and set to be sold in an online auction. Before the removal, the painting was boarded-up and stayed out of sight for several weeks.

The Congregation for the Doctrine of the Faith (CDF), the oldest congregation of the Roman Curia, said earlier this week that the Catholic Church does not have the power to bless same-sex unions because it is “impossible” for God to “bless sin.” The CDF, however, noted the “positive elements” in same-sex unions. This comes shortly after Pope Francis publicly endorsing “civil unions” of same-sex couples in a documentary last October. This affirmation might be a response to the many priests who started giving blessings to same-sex unions as a way to welcome LGBTQ+ Catholics to the church.

Australia to hold an inquiry into the impact of colonization

A long-awaited inquiry was announced at the Australian state of Victoria to investigate the impact of colonization on the Indigenous people. Since native Australians were dispossessed of their lands in 1788 when the British settled there, the Aboriginal communities endured systemic injustices, persecution and violence. After 233 years, the government said they are now committed “to telling the truth.” The inquiry is modelled on similar ones established by Nelson Mandela in South Africa, and others from Canada and New Zealand. The findings of the historical inquiry are expected next year.

The last time the Tanzanian president John Magufuli was seen in public was more than two weeks ago. Following his disappearance rumours that he might be ill started to appear. While the government claims he is “healthy and working hard”, the opposition leaders have said he had been flown abroad for COVID-19 treatment, and that he is in a serious condition after contracting the virus. The police also arrested four people accused of spreading the rumours on social media. Also, president Magufuli has been accused of underestimating the powers of the virus and has been criticized for publicly encouraging people to try unproven alternative treatments.
Banksy Bolivia LGBTQ2+ Tanzania Vatican