Why you should be curious about art therapy 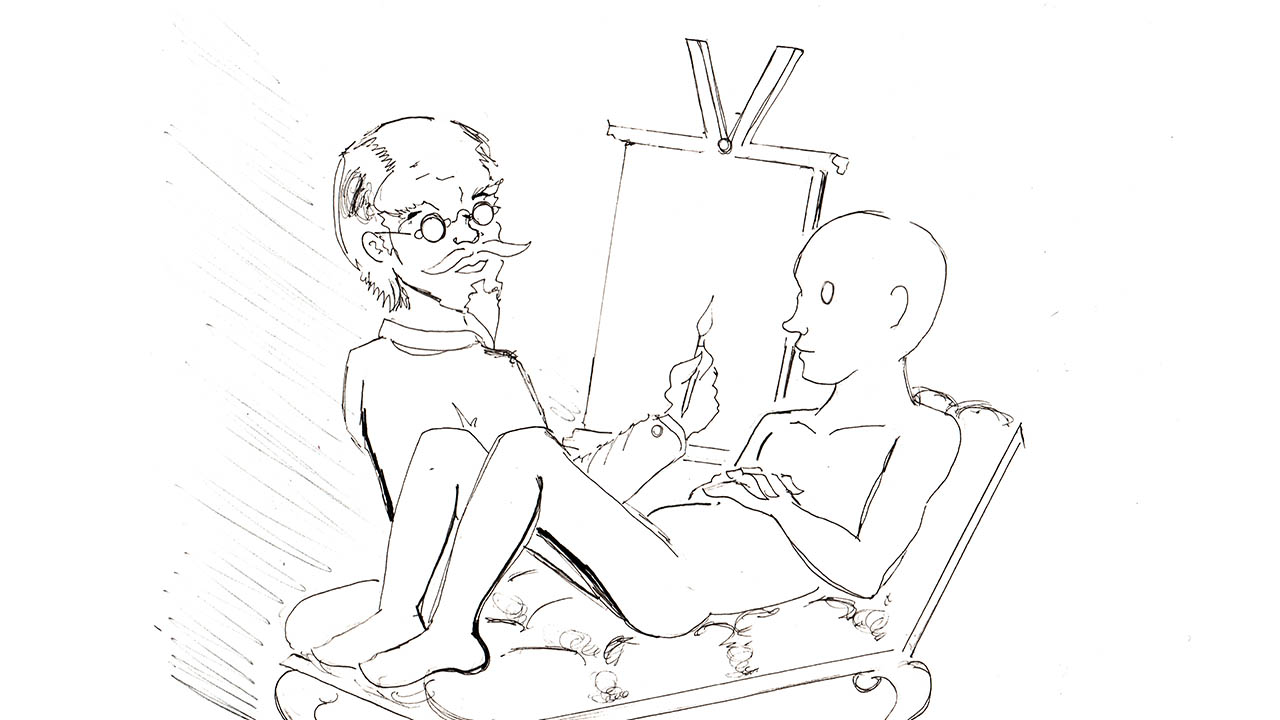 Your heart begins to seize, your blood races, you begin to grind your teeth. It almost feels like that you cannot breathe, as you try to disconnect as much as possible. It is hard though, to listen to those that you love go through something so difficult. This had to be one of the hardest things that I have ever had to write and share.

There is something very important in this though, that in these moments as hard as they are, there was a saving grace. Drawing, painting, digitally illustrating became a form of meditation and something that helps the healing process. I’ve always known that artwork was a powerful thing, not because of the ability to communicate the ideas in our hearts and minds, but because of its ability to heal.

“Art therapy is psychotherapeutic modality,” said Mariya Gruntovskaya, an art therapist situated out of Acorn Arts Project, a community art organization in Toronto that offers free materials and instruction to marginalized people. “[It] uses the physical body through expression in a creative way to access stored trauma and experiences without needling language.”

“Language is a big part of it, but the creative process of art therapy is what allows for internalization and awareness to be brought to the surface. It is like adding another platform on realizing, for realization and engaging insight into a person’s processes for themselves.” Gruntovskaya said.

Gruntovskaya recalled a client who did not speak much and was very quiet, but showed an interest in sculpting. Someone else came in, a woman who was also learning and also sculpting and sat beside him and within weeks they were creating together, eventually forming a friendship. The identity shift happened, and healing began. These are the kinds of stories that happened daily, due to the transformational power of art therapy.

Another powerful story that Gruntovskaya told centred on a woman turning 97 in April. She started doing art when she was 95. She is legally blind, yet she decided to try it and to give it a go. Now she is creating nonstop. The activity is a resource for her now; she is showing her art and being recognized for it.

Another powerful story that Gruntovskaya told centred on a woman turning 97 in April. She started doing art when she was 95. She is legally blind, yet she decided to try it and to give it a go. Now she is creating nonstop. The activity is a resource for her now; she is showing her art and being recognized for it.

Gruntovskaya said that at the first art show, some people would come right in to start creating, some were simply very curious about it, others will come in to sit and observe and watch from aside with coffee in hand.

Creating that safe space free of judgement and the freedom to create and explore, without any pressure of the outcome, allows people to come out of their shells to try something new.

One message that Gruntovskaya wanted the Fanshawe College community to take away is to give art or creativity a try. Be curious and not afraid about it, and allow yourself to play with it.

One of my favourite quotes of all time comes from one of my favourite artists Leonardo da Vinci: “Do not pity the humble painter, for he can be lord of all things. For whatever exists in the universe he holds first in his mind, and then in his hands. In the art, he can be called a divine child of God.”
Art Art Therapy Creativity Mental Health

1
Things I wish I knew before being diagnosed with anxiety
2
Fanshawe staff, students share how to manage anxiety
3
TAP Centre for Creativity: Growing culture in the Forest City
4
MENtal health: Cry about it
5
Take some time to invest in yourself

Online learning could be the key to educational accessability

Here's what college taught me about my creative process