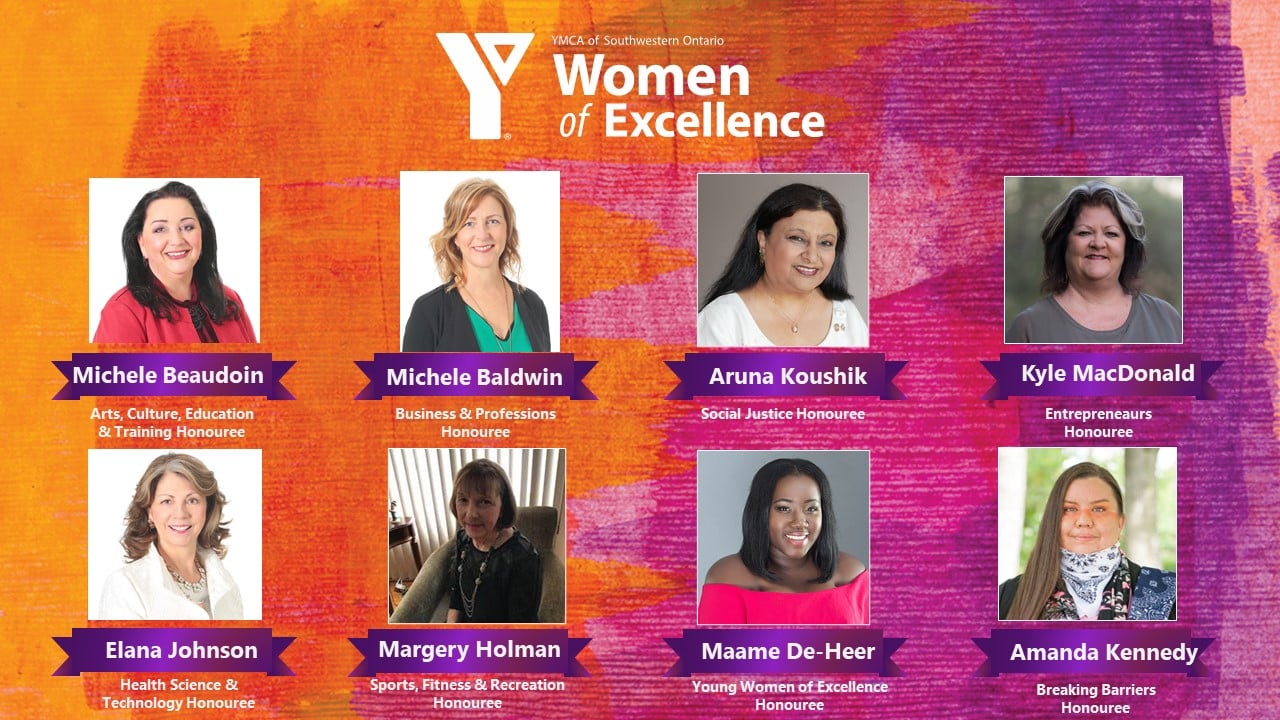 CREDIT: YMCA WOMEN OF EXCELLENCE
Michele Beaudoin is recognized as a Women of Excellence honouree for Arts, Culture, Education & Training.

On May 19, the YMCA held their Women of Excellence ceremony and recognized Fanshawe’s vice-president of student services, Michele Beaudoin.

The Women of Excellence Awards are hosted every two years, honouring eight women in various fields of work for being an influence on those around them.

Beaudoin was the recipient of the Arts, Culture, Education & Training award for her advocacy work and empowerment of future leaders. She said she was honoured to be selected as an honouree, and offered up some advice to young women.

“I think the main piece of advice I’d like to give to young women is not letting other people set your standards,” said Beaudoin in her acceptance speech.

“I have learned early on in my career that I have always set my own standards for myself (I’ve set the standard high) and with all due respect to all of my bosses, including my current boss, I have yet to find a boss who has set a standard higher for me then I have for myself. What I think is important about that is that it is empowering. When you set your own standards for your own performance, it empowers you to set your own goals and to also be really aware of what the importance of your own work is.”

Beaudoin went on to ask, “How do you become a woman of excellence? In pondering that it occurred to me that women in excellence don’t achieve alone. And often in the case of leaders, represent the achievements of many others around them.”

Beaudoin was recognized for her years of dedication working for higher education and creating the awareness mantra at Fanshawe, ‘Here for You,’ a campaign that makes it easier for the students to learn about the many services available to them.

As Fanshawe’s vice-president of student services, Beaudoin inspires has been inspiring those around her for years. She has also worked to create an empowering environment for those around her, including the students at Fanshawe College. She is also responsible for creating and overseeing Fanshawe’s new library.

“For me, being able to provide these kind of learning spaces I consider to be the classroom outside of the classroom for students, are proud moments of my life because of its benefits to the students,” Beaudoin said.

The YMCA’S Women of Excellence Awards is an event hosted by the YMCA of Southwestern Ontario. All the proceeds from the event go towards the YMCA Strong Kids’ campaign which ensures everyone has access to programs the YMCA offers.

Beaudoin was one of eight women selected as an honouree for this once in a lifetime honour. The Women of Excellence awards honours women who work hard and inspire others through the work they do in the community.
Awards Michele Beaudoin Women YMCA