"A state of shock and fear:" president of Fanshawe Muslim Students' Assocation 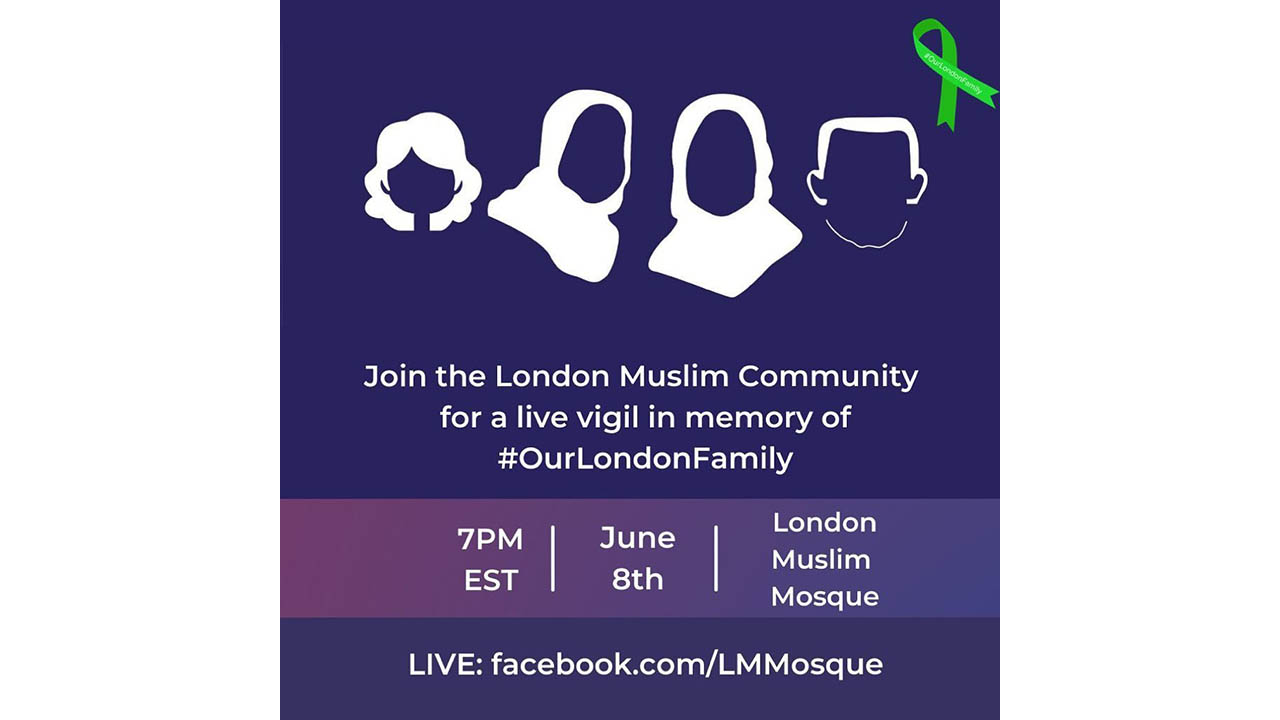 CREDIT: NATIONAL COUNCIL OF CANADIAN MUSLIMS
A vigil will be held outside the London Muslim Mosque on Tues. night at 7 p.m.

On June 7, a 20-year-old white man was charged with four counts of murder and one count of attempted murder. Police said Monday that the murder was planned, targeted, and motivated by the family’s Muslim faith. Among those killed were a 74-year-old woman, a 46-year-old man, a 44-year-old woman, and a 15-year-old girl. A nine-year-old boy remains in hospital with serious injuries.

The accused, Nathanial Veltman, could be facing terrorism charges as investigations continue.

As messages of support and outcry flooded in from across the country, local Londoners have rallied behind the Muslim community. A GoFundMe created for the family has reached over $300,000, following an initial goal of $100,000.

For president of Fanshawe’s Muslim Students’ Assocation, Mustapha Boroot, the news has been difficult to deal with.

“For me personally, it’s just sadness,” he said. “Shock, I don’t know what to do, to be honest. Just fear for our family and friends and the community in general, especially for our Muslim sisters who are more visibily Muslim.”

Boroot explained that this is not the first time he has heard about or experienced anti-Muslim hatred in London.

“It’s not surprising because I’ve heard many stories from friends and relatives, especially from women,” he said. “[They’ve] received words of hate, and so it’s not really surprising unfortunately.”

In 2015, police across the country recorded 159 hate crimes targeted at Muslims, up from 45 in 2012, an increase of 253 per cent. Reports have shown that anti-Muslim sentiments have only increased amid COVID-19.

Thousands are expected to gather Tuesday night at the London Muslim Mosque for a vigil in honour of the family. Londoners are invited to gather and form a human chain between the Mosque at 151 Oxford St. West to the site of the crash at Hyde Park Road and South Carriage Road, roughly 6.7 kilometres. Prime Minister Justin Trudeau, Ontario Premier Doug Ford, Federal NDP Leader Jagmeet Singh and Federal Opposition Leader Erin O’Toole are also expected to be in attendance. Londoners can begin to gather at 6:30 p.m., with a vigil planned for 7 p.m.

For Boroot, coming together is the first step in coming to terms with the tragedy.

“A lot of this comes from looking down upon those who are different,” he said. “So I think it’s about coming together and showing that we are all one community.”

But Boroot added there also needs to be consequences for hate-motivated crimes, in order to deter this from happening again.

“A person who does this should not be let down easy,” said Boroot. “Other people who would think of doing this should think twice before doing it again.”

Fanshawe students in need of support during this time are encouraged to reach out to Counselling Services at 519-452-4282 or by email at counselling@nullfanshawec.ca. Additionally, help can be found at the Muslim Resource Centre for Support and Integration, as well as with the Victim Services of Middlesex London.

Here's what you'll be able to do in Ontario starting Friday

How the FSU plans to prioritize mental health