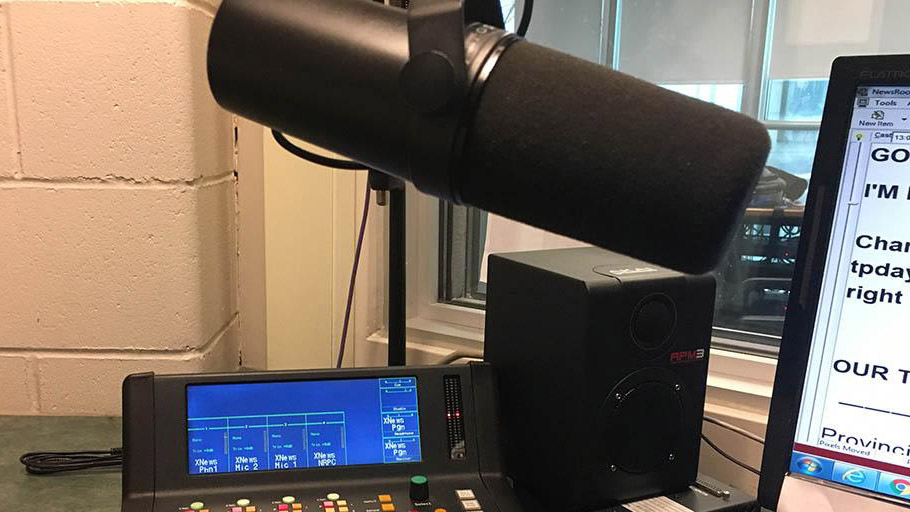 CREDIT: EMMA FAIRGRIEVE
Sarah Abukarsh was among 19 Fanshawe students to receive recognition for their work at the Canadian Media Educators National Awards.

On July 21, the 2021 Canadian Media Educators (CME) National Student Awards announced their winners and second-place honorable mentions. Nineteen students on behalf of Fanshawe’s School of Contemporary Media accepted five wins and six honorable mentions. Among the winners was Sarah Abukarsh, a Journalism-Broadcast student who recorded a short audio documentary called Beirut: The Maple Leaf Hugs the Cedar Tree. Abukarsh’s documentary explores the horrendous tragedy of the 2020 Beirut explosion and its impact on the Lebanese community. The explosion of ammonium nitrate left hundreds dead, thousands injured, and billions of dollars in property damage.

“I kind of experienced something terribly similar [living in Gaza city], but this was beyond, it was enormous,” said Abukarsh. “Many people lost their lives, their jobs, their homes, their memories, everything was destroyed in the sea area.” Moments after the first explosion surfaced in the news, Abukarsh immediately contacted her Lebanese friend (in Canada) to inquire about her family’s safety, who were situated in Lebanon. According to Abukarsh, her friend was in sheer panic and tears as she desperately attempted to contact her father in Beirut.

“What led me to do this documentary was that moment I called my friend,” said Abukarsh. “She was in tears; she was in a terrible situation. She was unsure if her father was alive. She was unaware of her father for 15 minutes, which for her, were probably the longest fifteen minutes of her life. And so, this made me think, how do the thousands who are living there feel? How are the ones who are outside [of Lebanon]? They must all be so worried about their families and loved ones.”

Abukarsh explained that her goal in creating the documentary was to tell the stories we seldom hear.

“I want to tell the world stories of the victims,” she said. “We always just watch the news, turn up the TV, and that’s it. We don’t think about the soul that went to the sky, as we say in Arabic. We don’t think about children who lost their parents and families who lost their jobs. This documentary was to allow people to really sense how people, the victims feel. Victims are not numbers, they are stories. This was the main point of the documentary, and I’m glad that I could deliver a little bit of that message.”

“The next day in the House of Commons, in Canada, they were already getting involved with helping victims, without knowing the cause of the tragedy,” said Abukarsh. “This humanitarian action makes me very proud and happy to be living in this country which really cares about human life, human rights and looks at everything from a humanitarian perspective.”

Abukarsh hopes to graduate from her program next spring. She joined the Journalism-Broadcast program with the hopes of storytelling and delivering heartfelt messages. In the future, she plans on documenting a variety of countries and their intricacies.

“This award means a lot to me, not because it’s an award, but because this shows that I accomplished something by telling people a story of a human being, who matter,” she said. “I’ve heard many different stories that I feel are worth telling. I’m interested in documenting these stories, especially the ones which are missed by the media.”
Awards Documentaries Fanshawe students School of Contemporary Media