Off the radar: what's going on in the world 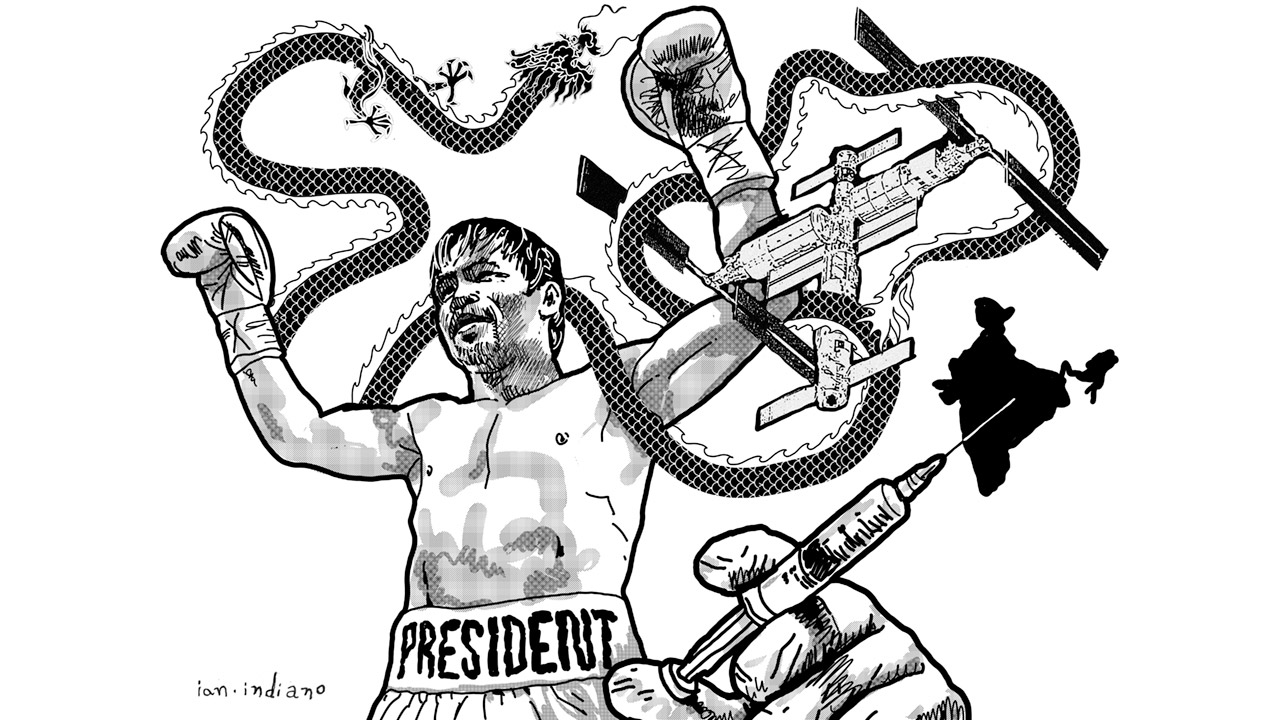 CREDIT: IAN INDIANO
Catch up with these stories from around the world.

Technology makes everything faster. Data and information are more accessible than ever. Thanks to social media and the internet, there are no frontiers anymore. We can learn about what happened on the other side of the world just a few seconds after it happens. The amount of information is overwhelming and difficult to deal with. Suddenly tragedies become trivial, and the major news from last week feels like a distant memory today. This volatility of information can also be dangerous, and we are already being exploited and manipulated through fake news in what specialists call the “posttruth” era, where what’s actually true is less and less clear and tangled with “alternative facts,” personal beliefs and emotional responses. However, as writers and readers of the small press, the least we can do is to stay informed and to make sure to check our sources.

Here are five news around the world that you should be paying attention to.

42-year-old Manny Pacquiao, famous for winning boxing titles in more weight classes than any other boxer in history, is also currently a senator in the Philippines parliament. He was nominated as a candidate by a faction of the current ruling party, which is called PDP-Laban. Pacquiao has already publicly accepted the nomination, but it is still unclear if his faction will be recognized by the Philippine electoral commission.

“I am a fighter,” he said. “And I will always be a fighter inside and outside the ring.”

Part of his party doesn’t agree with his nomination, and hope that his nomination will be reconsidered before the election next year.

U.S.A. to fly back thousands of Haitians

Right now, around 10,000 migrants, mostly Haitians, are camped under a bridge connecting the cities Del Rio, in Texas and Ciudad Acuña, in Mexico. Those migrants are the result of a wave of migrants heading north, coming from South America. Although the migrants are mostly Haitians, there are also Cubans, Peruvians, Venezuelans, and Nicaraguans. In response to the overwhelming amount of people trying to cross the border, the US government has decided to send back all the undocumented migrants to Haiti. The flights can be as many as eight a day. The decision is raising concerns about the Biden administration’s immigration policies that seem to be closer to Trump’s than expected.

India was hit hard by the pandemic. The country has reported 33 million cases so far, behind only the US in the list of most cases. The task of vaccinating 1.366 billion people is not easy. However, their vaccine numbers are improving significantly, and the record of administered doses in one day is broken almost every month. On Aug. 27, they broke the record with 13 million doses in one day, and now, they broke it again, on Sept. 17, administering 20 million doses to mark Prime Minister Narendra Modi’s 71st birthday. The total number of doses so far is 790 million doses, which means that more than half of the eligible population have received at least one dose, although only about 20 percent of eligible adults are fully vaccinated.

Jolidee Matongo became Johannesburg’s Mayor on Aug.10, after the death of his predecessor due to COVID-19 complications. However, only a few weeks later on Sept. 18, Matongo would also tragically die in a car accident. According to the local media, his vehicle collided with a van while trying to avoid a pedestrian. The accident also killed the other vehicle’s driver and the pedestrian. Matongo’s two bodyguards are being treated in hospital for their injuries. In honour of Matongo, South Africa’s President Cyril Ramaphosa said, “It is hard to comprehend this tragedy, given the vitality and passion with which Mayor Matongo interacted with me and residents of Soweto so shortly before his death.”

Chinese astronauts back on Earth after China’s longest space mission

After 90 days at the Tianhe module on China’s space station, three Chinese astronauts touched down in the Gobi desert in Mongolia on Sept. 17. This was China’s longest crewed space mission, demonstrating the country’s growing capability and confidence in space exploration. While in space, the astronauts conducted several tests and tasks, including hours-long spacewalks. In 2019, China also became the first country to send a robotic rover to the dark side of the moon. Also, the country is in the process of assembling their own space station after being excluded from the International Space Station project.
China Haiti India Philippines South Africa

The speed of light and glory of God