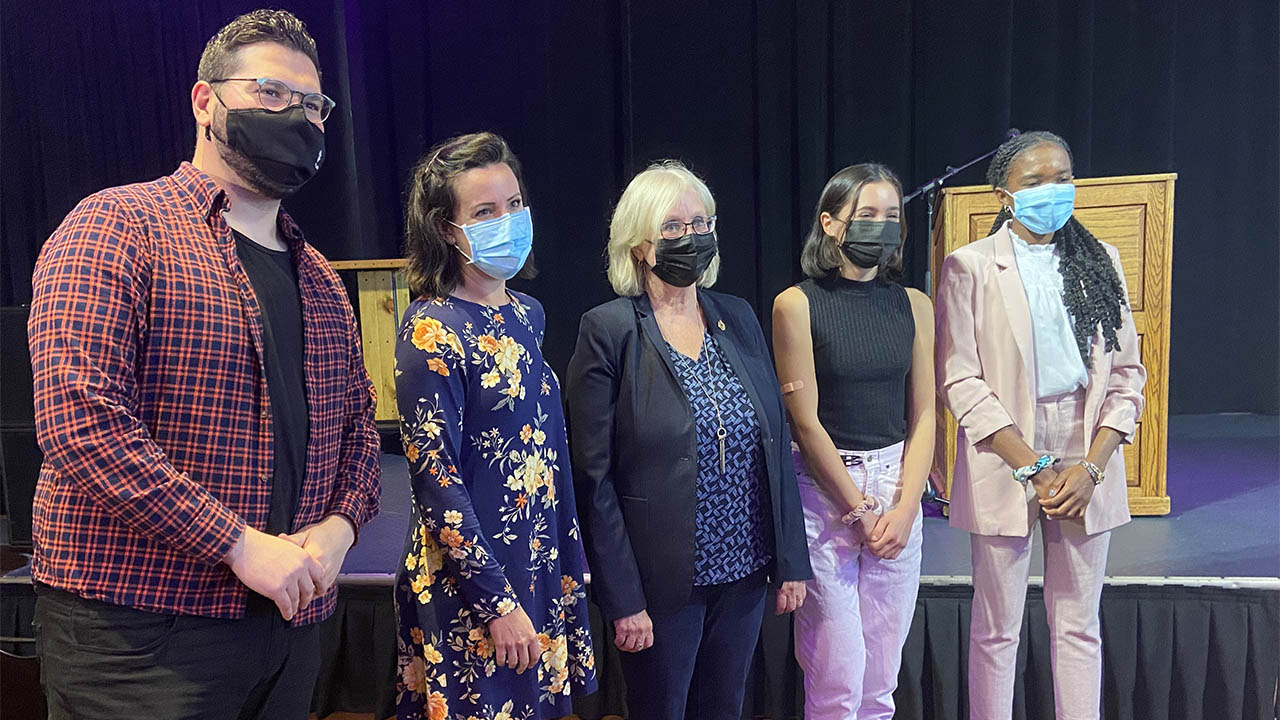 On Sept. 28, NDP MPP Peggy Sattler reintroduced an enhanced version of her Safe Night Out Act, a bill that was first introduced in 2017.

At a news conference at The Wave at Western University, Sattler dedicated a push for the act to protect against future sexual violence. A new requirement of harassment training was added to the act for all Ontario licensed establishment staff.

Sattler addressed the rise of sexual violence was not unique to the London community.

“The agonizing stories about Western and Fanshawe that rocked our community, and dredged up hateful memories for so many survivors of sexual assault, where drinking is involved, those stories are not unique to London,” shared Sattler.

With a comprehensive provincial response to include sexual violence training with SmartServe, Sattler noted the new certification was long overdue, with more efforts to protect against sexual violence needed while the Ontario NDP, student organizations, and allies continue to push for a more significant response to end the violence.

In providing additional protection, Sattler reflected the updated Safe Night Out Act will be evidence- based with a focus on consent. For those who have already obtained their SmartServe certification, the updated act will also require training for sexual violence.

Employees and contract staff such as security hired at bars and nightclubs will also undergo training.

A sexual violence and harassment policy to set how incidents will be dealt with and a sign posted to indicate that trained staff will also be a requirement for every licensed facility.

Sattler’s act will also play a role in eliminating sub-minimum wages for liquor servers for recognizing the increased role servers must take in responding to sexual violence and harassment for customers and awareness of vulnerability for themselves.

“They are forced to rely on tips,” said Sattler. “We know that 80 per cent of liquor servers are women. Ontario is the only remaining province with a lower minimum wage for liquor servers, and it is long past time for this to go.”

Western University Vice-President of Student Affairs Eunice Oladejo applauded the persistent efforts for a shift in bar culture to begin.

“This is just one step, but a very important one in making our campuses and communities safer. The past few weeks have shown the need for governments, universities, and us as community members to be proactive when it comes to sexual and gender-based prevention and response,” shared Oladejo. “Students have been scared, exhausted, and disheartened and our community has been heartbroken and angry.”

“Sexual violence is not one institution’s issue,” he said. “It is a community issue and using the bystander approach, which the Safe Night Out bill supports, takes the blame and responsibility off of individuals to not get assaulted and puts it back on the community to say something and do something when they are witness to sexual violence that we know all too often occurs in these venues.”

Both Liberal and Conservative governments have declined Sattler’s Safe Night Out Act from 2017, despite being sharply accepted by sexual violence experts.

A reintroduction in October of the enhanced Safe Night Out Act will be presented when the Ontario legislature resumes.
London News NDP Peggy Sattler Ricardo Souza Sexual Violence Prevention

No updates in police investigation of Med-Syd sexual assaults