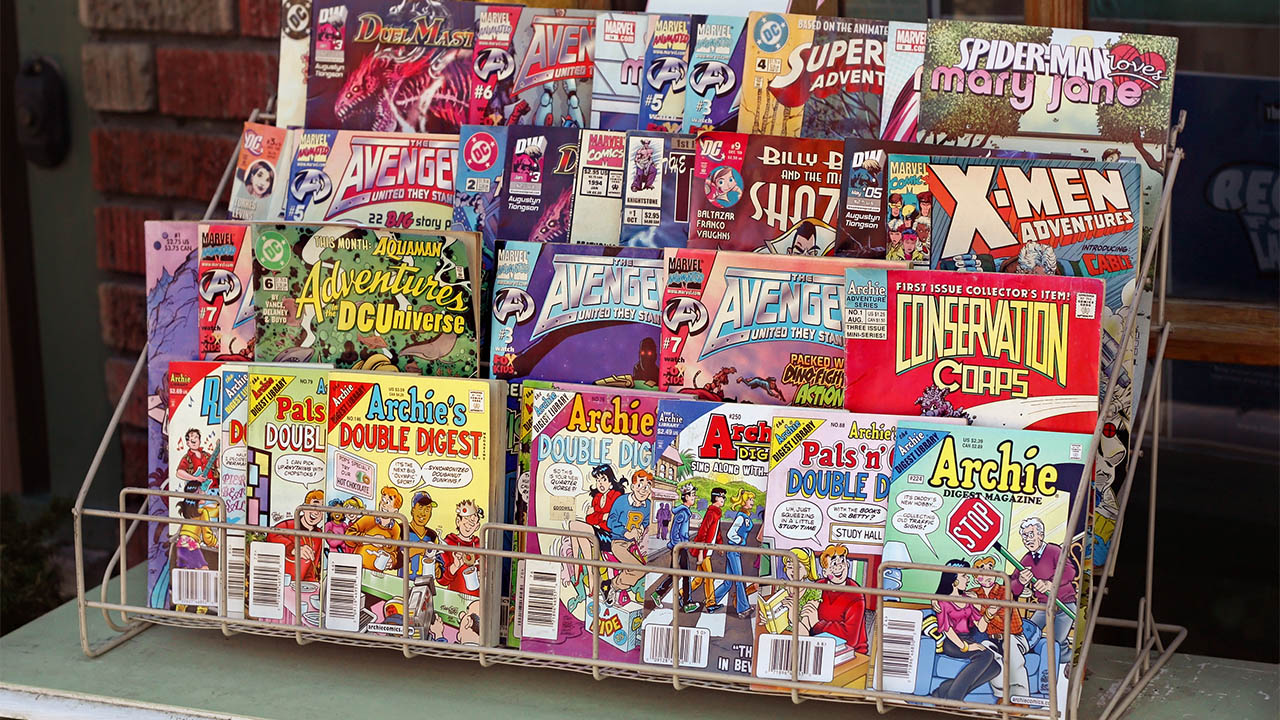 CREDIT: CRISSERBUG
The element of psychosis is entertaining in fictional characters but horrific in the real world.

OK, I’ll be honest, I Harley ever read comic books or know a lot about them. However, I certainly have an appreciation for the stories, surrealism, character development and the hidden messages within them.

The only time I remember religiously collecting comics was in my childhood. In the fifth grade, my best friend and I had a strange obsession with reading Archie comics. We even had an inside joke and were convinced that we were Betty and Veronica, because of our personalities and hair colours matching theirs. I had dark hair and she was blonde; hence I was Veronica, and she was Betty.

It was an outdated series, but nonetheless we deeply connected with the characters and stories, even to the point where we would sometimes have minor arguments over who Archie should be with.

Today, whenever I speak to that same friend, we joke about those days and name it as one of the most precious times of our childhood.

I suppose we were kids…and it was Archie. But, I occasionally wonder, what if we were older. What if the comic books we were obsessed with were intended for a mature audience? What if we instead connected with characters who were a threat to society or psychotic or battling mental health problems?

I guess my “what ifs” could continue forever. But, honestly, through my observations and experiences, I understand the profound influence of comics, the film franchises they inspire, and their effects on us emotionally.

A specific character who has always stood out to me, in comics, and in movies, is the Joker.

Joker is sadistic; he’s a supervillain, a psychopath, all topped with a cruel sense of humour. Furthermore, he’s very popular and certainly a fan favourite in the DC Universe. He’s entertaining, and for some, he’s relatable.

Any individual familiar with his character, would quote his personality as being severely mentally ill. He portrays common mental health issues such as anxiety, depression, sociopathic tendencies, and more.

“You know, he’s certainly not a sympathetic character,” said Wiseman. “Most serial killers are psychopaths, right? So he’s a psychopath and is somebody that doesn’t care about anybody else’s emotions or well-being.

“We don’t want to paint Joker in a sympathetic light because he kills people. He’s a great foil to Batman, but he’s not sympathetic in the same way that most people dealing with mental health are in real life.”

Wiseman further explained that the element of psychosis is entertaining in fictional characters but horrific in the real world.

“We always love villains and that’s okay. Typically, in comic books, villains do have a sympathetic side. Something wrong happened to them, and something went wrong in their lives that turned them into who they are. They’re still making wrong choices at the end of the day. We love to cheer people like that in horror movies and all but it’s a lot different than a person like that in real life. We don’t do that.”

Manager at Worlds Away, Rick Miles, narrowed in on the toxic relationship Joker has with Harley Quinn.

“People tend to really romanticize the Harley Quinn and Joker relationship,” he said. “It is completely disempowering, and that’s problematic. It’s an abusive relationship. He absolutely emotionally and physically abuses her.”

Nonetheless, both Miles and Wiseman appreciate comic books, and entertaining characters like the Joker. Their hope is that people can be amused by fictional characters, while not glamourizing individuals who are abusive and threatening.
Comics Mental Health

Things I wish I knew before being diagnosed with anxiety