British owned, British made: The global impact of the fuel crisis 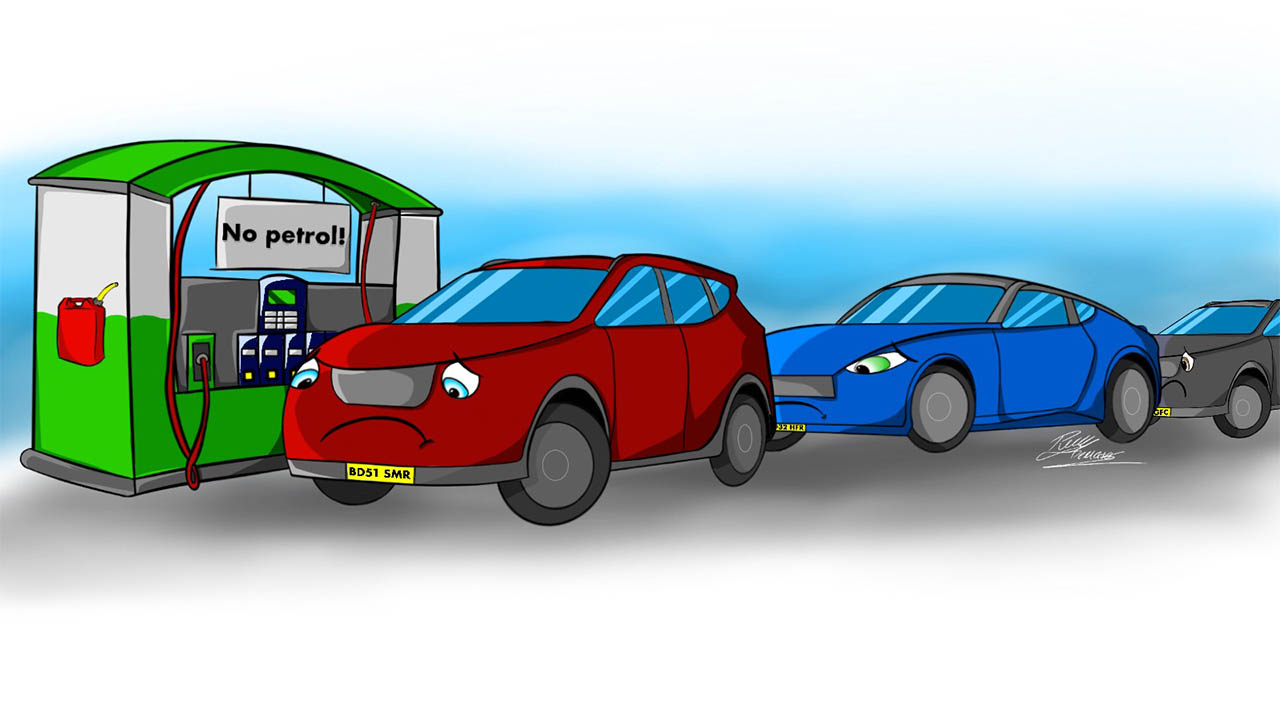 If I were to describe the current state of the UK right now (lack of food on shelves, lack of products, and especially lack of fuel), you would think I was describing a wartime era, not the one they are currently experiencing. Especially after Prime Minister Boris Johnson, and his catchy campaign slogans promised a new and improved UK post-pandemic.

“Build back better” and “Build back stronger” were being spouted off to the public as if some auditory cheesecake being scuffed by a nation in need of auditory comfort food. But now the promised light at the end of the tunnel is at the back of a threehour long queue, waiting to fuel your car to make your way to work, or to a hospital emergency, or even to buy some food for a hungry child. It’s not a Netflix drama, it’s real life and it needs to be looked on as such.

Bleak yes, but this is more than just a fuel crisis and perhaps at the end of this very long queue is a place to ponder and use this particular crisis as a catalyst to re-examine how not just Britain, but the world’s political policies and strategies need an immediate overhaul. Johnson seems to garnish no repercussions for his actions and mistakes, according to UK assembly member and Green Party candidate, Zach Polanski.

“Here in the UK, we’ve got the perfect storm at the moment of COVID and Brexit,” said Polanski. “We’ve got a shortage of HGV drivers (truck drivers) which is the most obvious thing to say, but it’s not just HGV drivers, we’ve also got a shortage of fruit pickers, shortage of cleaners, the hospitals are running out of supplies and the hospitality industry in England is struggling to fill jobs as well. We’ve got this weird moment where we’ve got job insecurity but loads of jobs, just there aren’t the people to do them.”

“So the problems we are seeing with drivers and their inability to deliver fuel and goods is a problem they don’t have in countries like France, Germany and even Scotland for instance. It brings a spotlight to our government because they’ve decided to have an anti-immigration law,” he said.

For Polanski, the Brexit problem is a global problem. When we don’t view the world as a community, working together and holding value for each human, the consequences are bleak. The failings of Brexit and its lessons for the world have the potential to create a healthier more considerate global community.

When asked about the fuel crisis, Boris Johnson’s reply has remained ‘Crisis? What crisis?,’ blaming the shortage on panic buying. But Britain has not experienced a shortage like this since the 1970s — from food, to building materials to medical supplies. Supermarkets are warning of empty shelves ahead of Christmas.

COVID and Britain’s departure from the European Union have created chaos. Not only disrupting Britain’s supply chains but also the lives and mental health of a nation by placing the already fragile emotional states of the citizens of Britain under more stress. Key workers not being able to get to hospitals to take care of loved ones because of a lack of fuel is bleak. Driving tests are not being able to be performed, industry after industry is at a standstill.

Johnson is likeable and entertaining to watch, but politics is not a reality show, it affects everyday lives. Who we put in our government represents us, so it would be a good idea to get a little involved and consider your leader and his or her ability to lead you through all storms. How a leader does one thing is how he will proceed in all things. Situations change but responses to them rarely don’t. Despite Brexit being a UK problem, there are lessons we can all learn from how the UK ended up where it is now.

“It’s much better if you have been educated and come from a middle classed back ground; you are more interested in investigating the other, but I think when you are really struggling on being paid enough or you don’t have a job, or are struggling to access health services the infrastructure already isn’t in place, and I think it’s then very easy for a right wing government to then scapegoat the other and they can very quickly turn into your enemy,” surmised Polanski.
Boris Johnson Brexit UK

1
Examining the varied responses to the Pandora Papers

Sports and politics coverage continues to intertwine: Is it good or bad?

The trials and tribulations of working minimum wage jobs