Blame it on the Brits: Mapping British influence on fashion 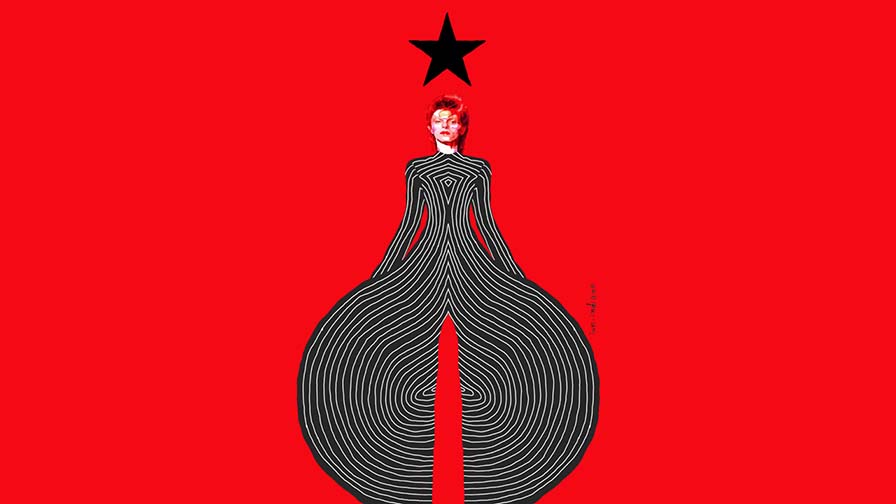 Credit: IAN INDIANO
London has dominated street style populations in Europe because of its open, flexible and innovative approach to style concepts.

The streets of London (UK) might be grey, but they are also brimming with flare, style and vision that you won’t quite find anywhere else in the world. Every look has its own narrative, a library of history buzzing through the streets. Clothes, accessories and colour all tell a story. This multi-ethnic melting pot was and still is a place where street style made its global mark by not only embracing general popular fashion but converting it into a canvas for expressing social and cultural identities utilizing subcultures and interweaving style trends. London has dominated street style populations in Europe because of its open, flexible and innovative approach to style concepts. Street style in the UK dominated sub and socio-cultures which translated to the mass fashion industry, not just in the UK, but in the world.

For a small island, the UK has found itself at the centre of political and social change throughout the ages. The dense population and extreme class divide prompted an increased desire towards social change. Margret Thatcher, the prime minister of Britain from 1979-1990 is an example of a political figure that impacted the fashion and subculture in the UK in a profound long-lasting way. Her legacy is such that to this day she still is a hugely provocative figure.

Many took to music to process their disgust and unease at the devastating impact Thatcher’s laws had on working-class communities of Britain. She was considered a “villain” for her introduction of capitalism, closure of mining industries and privatization of public services. Many youths expressed themselves through music and she was integral to the emergence of the anarchist, rejectionist punk movement, where a subculture was seen donning leather from head to toe, dog collars, chains and spiky hairstyles to confront the consumerism and conformist generation that paved the way to her volatile reign. Out of this came Vivienne Westwood, one of London’s most influential designers, designing the uniform that would become synonymous with the punk revolt.

Vivienne Westwood and the punk movement

A fashion icon since the 1970s, Vivienne Westwood was/is a self-taught designer who started off selling vintage clothing with her husband, the manager of the punk band The Sex Pistols. Westwood became an exclusive well-known designer of men’s and women’s fashion, owning a world-famous shop on the renowned Kings Road in London. Her unconventional style and outspoken persona became her trademark. The punk scene had a hugely influential effect on her. She created accessories from pins and chains, stuck political logos on clothing, and incorporated traditional fabrics like tweed, tartan, and tulle into her work. She was an integral part of the fabric of British fashion and the cultural scene.

Britain has always dominated the music scene, as far back as Beatle Mania in the 60s. Music and musicians became the stage that the streets’ subculture voiced their opinions and feelings on. Music was the platform and fashion was its uniform. You could recognize a stranger’s class by whether they wore a suit and tie or spiked hair and a dog collar. No one more than David Bowie and his alter ego Ziggy Stardust impacted the fashion world. He inspired artists such as Boy George, and much of the new wave movement. Bowie inspired a generation of androgynous men rebelling against gender conformity, a style that still impacts the fashion and music world today.

British style trends through the ages

Teddy Boys and Judies: Beginning in the 1950s, associated with rock ’n roll, this trend found its origins in a reaction to upper class austerity post World War II, whose apparel was a bastardization of the Edwardian suit. The boys utilized the subversion of upperclassed clobber (UK slang for clothes). It was the first female subculture to be created with their appropriation of masculine attire sporting boxy single-breasted jackets and the slicked back quiff hairstyle, a quasi-mohawk that would pave the way for the more extreme hairstyles of the punk era.

The Mods: Created in 1958, and popular among stylish London-based young men. Sharp tailoring, the knitted polo, desert boots used by The Mods still play out in today’s fashion.

The Glam Rockers: Glamourous and theatrical, emerging from the English psychedelic and art rock scenes from the late 60s. David Bowie was a prominent figure along with his Ziggy Stardust persona, incorporating elements of professional make-up, mime and performance art into his act and look. Glam became dominant in all subcultures during the 70s. Then there were the folk inspired Hippies and the flared jean, gypsy blouse and embroidered cotton fabrics; loosely flowing dresses express freedom and beauty. The D.I.Y. look of the Punks during the late 70s and early 80s. The New Romantics (Blitz Kids) where Boy George dominated the look as well as styles from Banarama, Adam and the Ants, Spandu Ballet and Ultravox. The Goths of the 80s used imagery of 19th century literature and horror films; this look was seen in the 80s, 90s and still has influence today.

British fashion has and always will originate from the streets, where self-expression and creative pioneers will continue to innovate and inspire the mass fashion industry on a global scale. Long live the subculture!
Editorial opinions or comments expressed in this online edition of Interrobang newspaper reflect the views of the writer and are not those of the Interrobang or the Fanshawe Student Union. The Interrobang is published weekly by the Fanshawe Student Union at 1001 Fanshawe College Blvd., P.O. Box 7005, London, Ontario, N5Y 5R6 and distributed through the Fanshawe College community. Letters to the editor are welcome. All letters are subject to editing and should be emailed. All letters must be accompanied by contact information. Letters can also be submitted online by clicking here.
Fashion Music UK