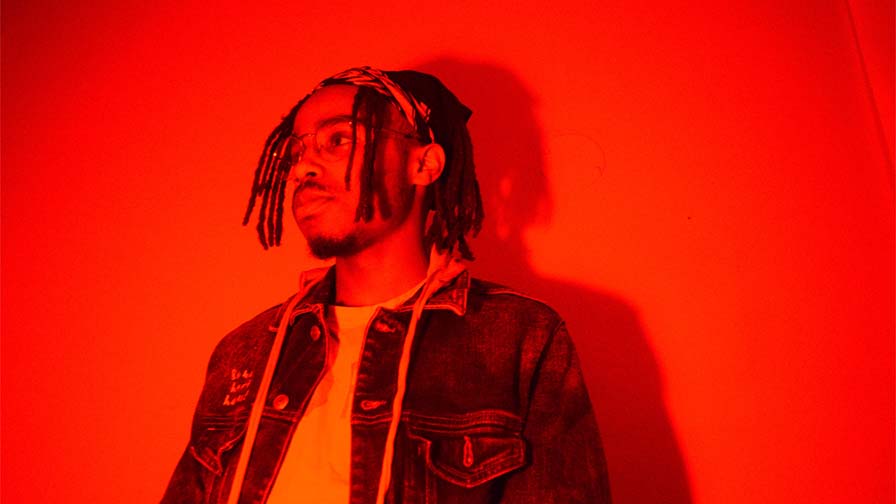 Musician and Fanshawe student Asante is coming out with a new EP (Extended Play) in the coming months. The second-year music industry arts (MIA) student recently attended the Canadian Songwriters Challenge, which he said was a life changing experience.

“Writing with a mentor was huge,” he said. “I was working with people who I have no business working with at this stage in my career. It was actually a big ‘you’re ready’ moment because the mentor would look at me to finish a lyric or a pre-chorus real quick.”

He added that the four day workshop gave him a lot of knowledge about songwriting that will better his upcoming work.

“Something I don’t add to a lot of my songs was a bridge. All three days in the studios, three different days, different people, different mentors, and engineers, every song I made had a bridge. That was a huge addition to the song,” said Asante.

While Asante has a new EP coming out soon, he wants to make sure it’s not rushed.

“I like production to be on point,” he said. “Every single song. The only way for me to really do that is to take my time. The revision process is what really changes everything. When it comes to music, you really want that time to think okay, I like this, or add something more.”

Asante wants everything he releases to be top quality and for the storyline of the EP, he added it makes more sense to be released in January. He said fans can expect different vibes, but all the songs will feel cohesive.

“I don’t think they’re going to understand it when I first drop it,” he admitted. “They’re going to find one or two songs they like, but as I start growing in popularity and people start going back to this pretty legendary project, they’re going to really start seeing the message and story in the EP.”

Asante has also worked with some Fanshawe alumni and students, some on this EP, and some recently for other projects. JRXWRLD, Jake Heckford, Alex Emrich, and RCR to name a few. When he works with new people, he likes them to be comfortable with making mistakes alongside him.

“If I make mistakes first and I show that mistakes are welcome, that will allow people to not be afraid to make mistakes. I want them to work on stuff they haven’t worked on before. If I can expect something from you, I don’t want to hear that all the time.”

Asante said he is very grateful for all the support he has received in London and is grateful for the people who are by his side, constantly supporting him.
Fanshawe students Music Music Industry Arts