Fanshawe grad selected in I am London Campaign 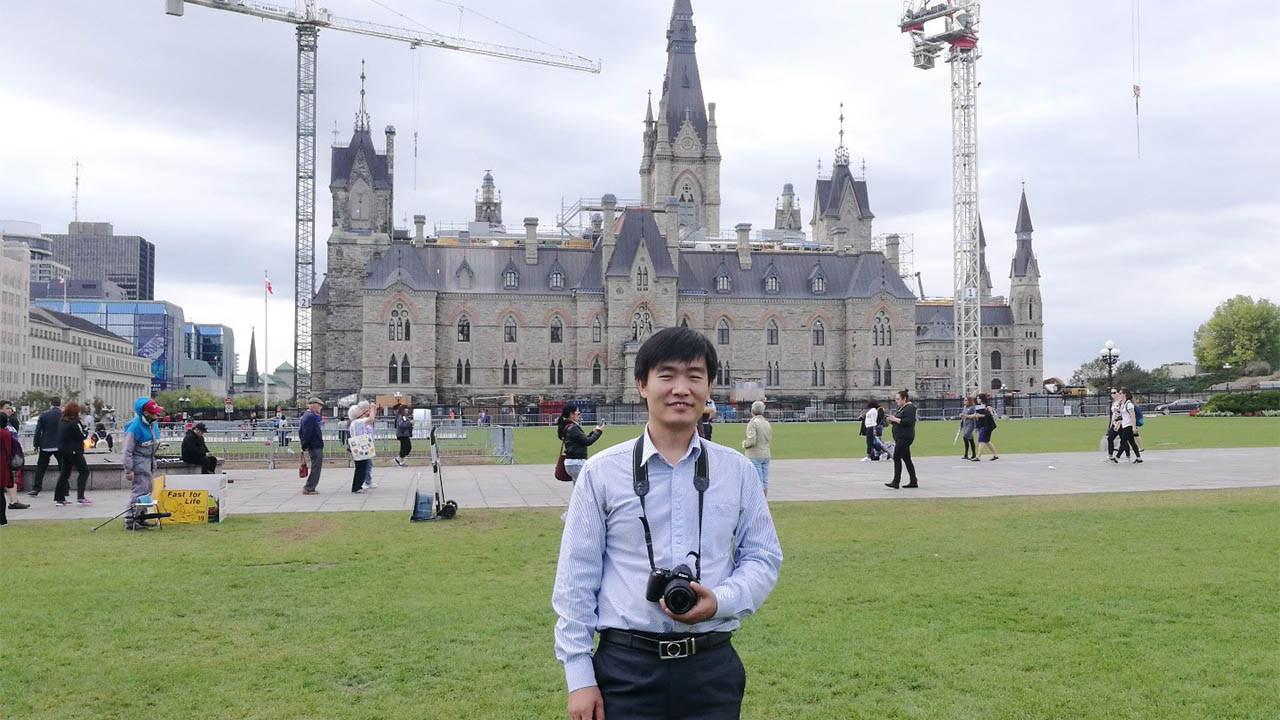 CREDIT: HONGTAO BI (RYAN)
Ryan has been living in London since 2012, and was selected as one of the "Faces of London" for this year's I am London Campaign.

Fanshawe heating, refrigeration, and air conditioning graduate Hongtao Bi (Ryan) was honoured as one of the “Faces of London” in the eighth annual I am London Campaign.

The I am London Campaign is a local social media campaign that recognizes settled immigrants and their accomplishments. The campaign honours diversity and applauds individuals who have made an impact within the community.

“I haven’t done a lot of nominating in the past,” said Martin. “When I find opportunities for students, I certainly pass them along. This was a unique opportunity that somebody told me about, actually our Associate Dean. They asked if I knew anybody that would sort of fit the criteria, and the first person that came to my mind was Ryan.”

According to Martin, Ryan had attended numerous virtual conversation circles outside of the classroom, and always came forward to help other students.

“He was always really helpful with students, he’d direct them to different things in the community, and he also knew the community really well. He’s very entrepreneurial in that sense and is very practical and involved. He’s helped someone with moving, he’s helped students drive, when he sees someone in need, he jumps in and he looks for ways to help. He’s got a good eye to look for opportunities, as well a very soft heart,” added Martin.

Through Martin’s experiences and observations, she noticed that Ryan was extremely well-rounded, both outside and inside of the classroom.

“I actually use him as an example of the idea of a jack of all trades, because he has a helping personality, he’s easygoing, smiley, but he is also very capable physically. He has a lot of technical, IT skills and he knows how to do house projects.”

Ryan is self-driven and relies on his hard-work.

“I think about myself, that I need to supply myself. My family as well in the future, since my parents are now getting older,” said Ryan.

Arriving in London in 2012, Ryan found it to be a lot smaller than he had expected but found more tranquility here than in his hometown.

“In China, we have a large population compared to the rest of the world, so even at the city level, it is very populated. Here in London, the population is around 500,000, which is very small, but it is also very peaceful.”

Moreover, as a settled immigrant, Ryan’s family is still currently living in his hometown. During the COVID-19 lockdowns, he noticed at his speaking circle that many Chinese students were isolated and missing home during the Chinese New Year.

“He [Ryan] felt sad that nobody could get together, because so many of our Chinese students were here on their own and it’s such a big deal, Chinese New Year is a big celebration,” said Martin. “So, he put together a video and I helped him collaborate on doing that, but he really did it on his own.”

Ryan created a TikTok video for the Chinese New Year as a greeting for Asian students encountering loneliness by being separated from home and friends.

“I think Chinese people are all over the world, in many different countries, and Chinese New Year is the most important holiday for our people. And, not just Chinese people celebrate it but many other nationalities celebrate it as well. So, I came up with the idea to make the video for the New Year.”

Read more about Ryan and this year’s other honourees at iamlondon.com.
Fanshawe students Immigration London News

Man who harassed women near campus arrested for third time

Fanshawe drop-in Doula sessions: A hand to hold during all stages of pregnancy and birth