A Christian-Indigenous drama 30 minutes from London 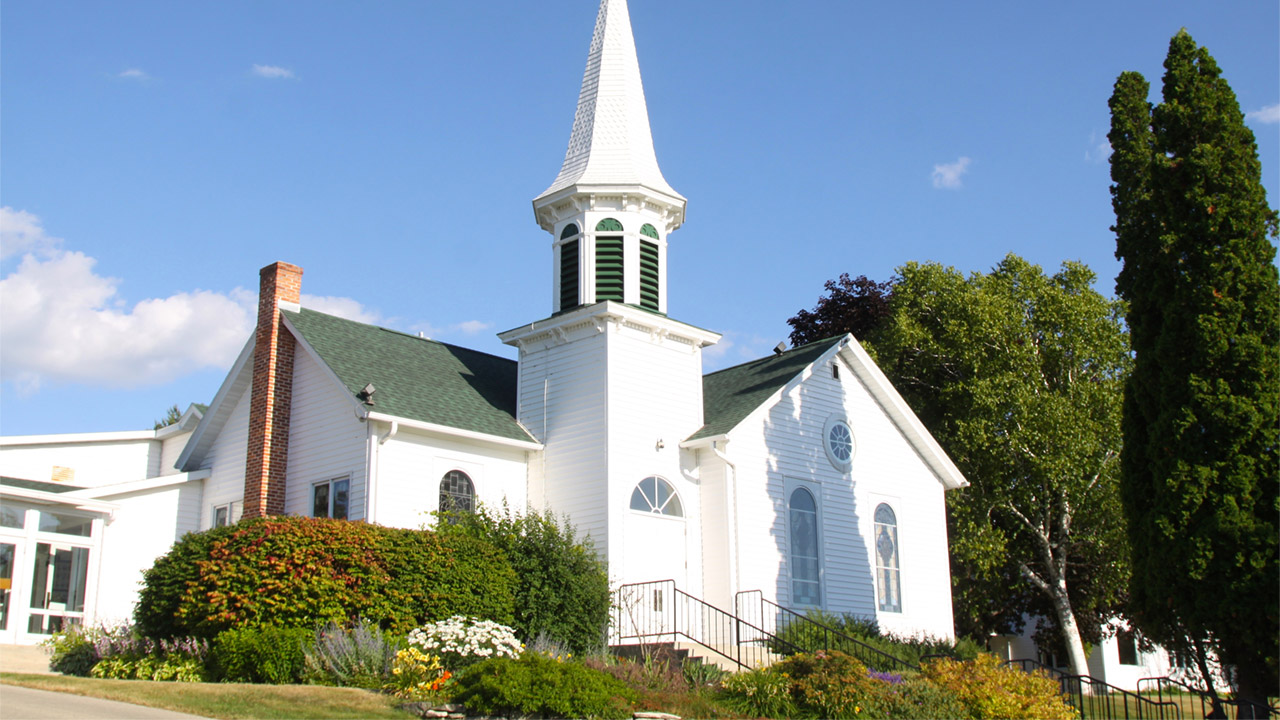 From 1722 on, missionaries of the Moravian Church fanned out from Germany into as many of the European colonial settlements as they could manage. Called at the time, the Herrnhut Brethren, they resolved to do three things: To bring the Good News of Jesus Christ to non-Christian Indigenous people; to renew the Christian life among nominal, passive Christians; to unite Christian people into a single world-wide communion.

One of the results of this seemingly fantastic mission was that Moravian communities were founded among North American natives in the northeastern United States and westward into Ohio. They were extremely successful, especially among natives known as the Delaware. The Delaware were attracted by the sturdy European-style houses, improved farming techniques, the Christian piety of the missionaries, and the pacifist vision of the Moravians.

But when the American revolutionary war broke out, this pacifism became (on the surface) the downfall of the Delaware Christians. Since they refused to join either the Loyalist or the revolutionary forces, they were suspected by both as collaborators with the enemy. A number of them were therefore massacred.

This is why, in 1792 a band of hopeful Delaware and their missionary leaders migrated cautiously from Detroit up the Thames River and established the settlement of Fairfield. For some years, the settlement, not far from London, thrived and became the economic centre of the region.

However, the war of 1812 brought disaster. Americans came up the Thames in pursuit of British (Loyalist) enemies. The Battle of Moravian Town (or the Battle of the Thames) resulted in victory for the Americans. Believing that the Moravian towns people gave safe harbour to British soldiers, they plundered and destroyed the town. The villagers themselves were permitted to leave, spending the remainder of the war near Burlington, Ont., and later returning to build New Fairfield.

The story of the New Fairfield re-settlement is remarkable, and has more than its share of unhappiness. By 1856, the government of Upper Canada reduced the original Moravian lands from 20,700 hectares to a mere 1,330 hectare reserve. Modern life by way of other settlement and the selling of logging rights on the reserve undermined the guidance of the missionaries. The lowest point of the mission came during the leadership of Jesse Vogler. His own life was beset by family tensions and, I believe, a growing isolation from his Moravian colleagues, headquartered in Bethlehem, Pennsylvania (where the Moravian Church retains its archives, headquarters, and its theological school). Vogler, sadly, became involved in rancorous disputes about who had the rights to sell logs, while his own son was involved in the management of the timber sales.

Even more tragically, Vogler came to believe what many, including some native leaders, believed: That North American natives needed to become Europeans, or perish. In this, there was a betrayal of the work of the founding generation of Moravian missionaries, and a grave failure to differentiate between missionary goals and colonial-modernist expectations.

Vogler died in 1865. While his body was awaiting burial, the house in which it lay burned down. Could this have been deliberate?

Of course, after all this calamity, it would have been natural for the Delaware natives to reject Moravian missionaries and the Christian faith they shared. However, the mission was revived under the leadership of those who replaced Vogler. Missionary John Warman wrote that many of those who had been estranged from the mission returned. Native children came to hear the stories of Jesus in their own language. Delaware elder, Francis B. Wampum wrote that he and the other natives were “all well” and were very pleased that Warman had come.

Edward Reinke served the community from 1867 to 1872. Much more than Warman, he investigated the actions of Vogler and his family. There was much to lament, and he faced this, I think, admirably. His largest contribution was probably that he made it clear that the role of the missionary leader must be to stay out of economic schemes; instead the missionary must build faith in God, awaken the conscience, support the people, share of the story of Christ, and organize church and school.

Although it may seem that, under Reinke, Moravian work was being revived, in reality the “revival” was limited. The vision of Christian communities directed solely by missionaries was vanishing. Modern political developments, railway and road transportation, military institutions, new economic trends, public education, and the reduction of reserve lands took from the missionary much of the leadership they previously assumed. To the missionaries – along with church leaders generally – it seemed that the tasks which were left were those of prayer, preaching, Bible study, baptism, leadership of weddings and funerals, and the organizing of church music.

In the meantime, the children and descendants of the Delaware natives who arrived on the shores of the Thames in 1792 might have been expected to abandon the Christian faith. They did not. As the words of Elder Wampum suggest, they appropriated the Christian faith on their own terms. Most of them joined the Methodist Church prior to 1900.

As for the relationships set up between Christian leaders and modern society during the later 1800s, they too developed over time and remain, by no means, resolved. And what about the Moravians’ vision of generating a worldwide communion of Christian believers? Their work may not have resulted in as impressive of a network as they envisioned. However, Moravian churches have flourished around the world, including in today’s Western Canada and among the Inuit of Newfoundland Labrador.

This article draws on the M. A. thesis by Michael Veenema, Challenge, Corruption and Grace on the Road to Closure: The Moravian Mission of New Fairfield on the Thames, 1843- 1903, Western University, London, 2002.
Editorial opinions or comments expressed in this online edition of Interrobang newspaper reflect the views of the writer and are not those of the Interrobang or the Fanshawe Student Union. The Interrobang is published weekly by the Fanshawe Student Union at 1001 Fanshawe College Blvd., P.O. Box 7005, London, Ontario, N5Y 5R6 and distributed through the Fanshawe College community. Letters to the editor are welcome. All letters are subject to editing and should be emailed. All letters must be accompanied by contact information. Letters can also be submitted online by clicking here.
Christianity Indigenous

1
Growing into your roots
2
Local resources available for Indigenous peoples
3
Who Is Kateri Tekakwitha?
4
Blindsided by evil
5
Every missing and murdered case should get the same attention as Gabby Petito’s