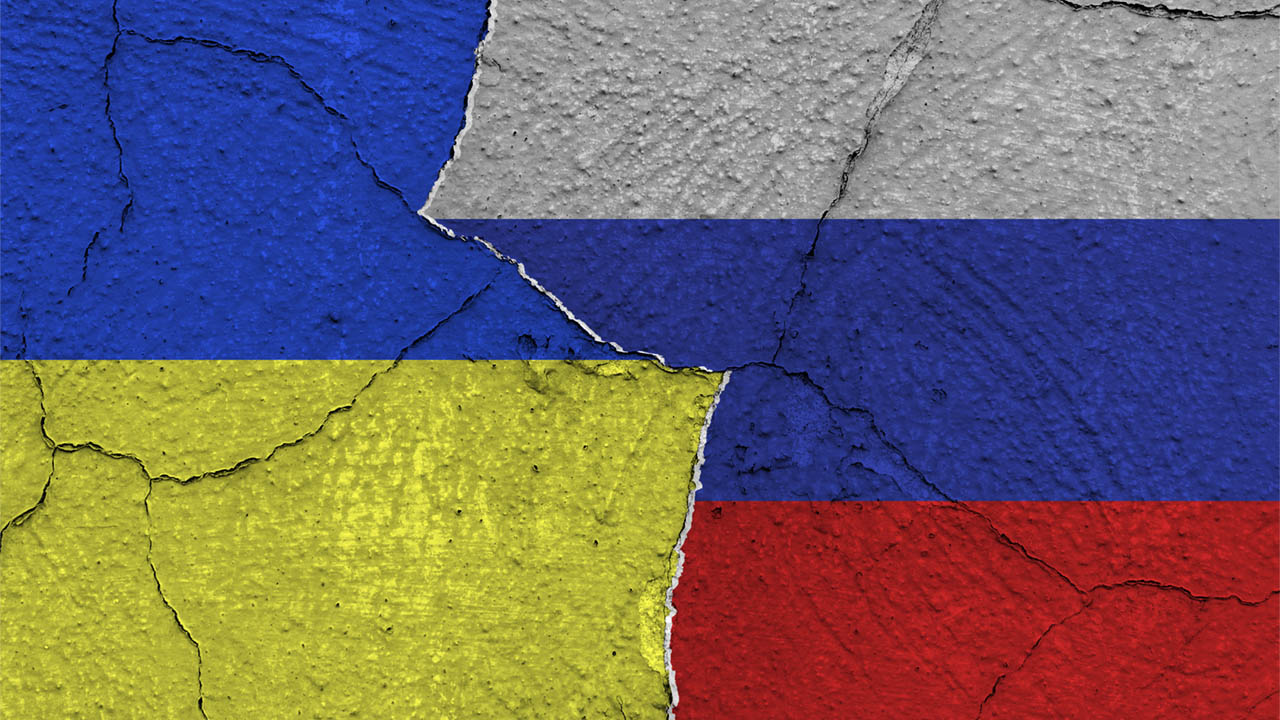 CREDIT: PAOPANO
Instantly, evil has become visible again. On our smart TV sets we see corpses of civilians in the streets, left behind by retreating Russians.

Many people in the West have been taken by surprise by the outbreak of war in Ukraine. Until about six weeks ago it seemed that the world was moving forward at a nice clip. Sure, there were some bumps and anomalies. The Saudi war against Yemen stood out as a sore point, for those who were aware of it. From time to time we had economic crises, but we seemed to manage them without everything falling apart. Globalization had created enormous new wealth and decimated poverty in vast regions of the planet. War, especially among the Western nations, but for many others too, seemed a thing of past, unthinkable to modern, affluent young people. Climate change remained a major challenge, but there was some hope that we would rise to meet it.

But suddenly things changed. It seems that Russia all this time had been engaging the Western world in bad faith. Its leaders had not in fact put war in the past. It was willing to jeopardize the economic progress the rest of us valued. While Western and Asian pop stars have been belting out songs about personal freedom, love, and good times, the Russian Federation has been planning all along to work through intimidation and distorted nationalism.

In retaliation, North Atlantic Treaty Organization (NATO) is stepping up its game. Scores of nations are hoping to destroy the Russian economy. And tens of thousands around the world are taking to the streets in support of Volodymyr Zelenskyy and his countrymen.

Instantly, evil has become visible again. On our smart TV sets we see corpses of civilians in the streets, left behind by retreating Russians. War crimes and crimes against humanity now occupy our consciousness.

How could this happen? Were we too complacent, thinking that everything in the world would probably turn out cheerfully; that, in spite of our problems, the values of humanity, freedom, democracy, and mutually reinforcing prosperity would prevail?

Yes, we were. What I mean is that if we think that a commitment to humanity, freedom, democracy and prosperity are more or less our ticket to a good future, we are mistaken. Here, the insights of the biblical writers can be a great help in understanding what has happened, and in preventing us from being blindsided by outbreaks of malignant evil.

For the purposes of this article, we need to consider only the opening chapters, the first three, of the Jewish Tanakh and the Christian Bible.

In those pages we discover the following (I’ll try and summarize the pages in a way that non-Christian and non-Jewish readers can understand). The world has been created, and is sustained by, a vastly powerful and gracious God. He has gifted all sentient creatures on the Earth, especially humans, with a wondrous home, our planet, able to provide all we need for our day-to-day flourishing.

As it says, “God looked at everything he had made, and look, it was very good!” Very early in the text we discover that human beings are blessed with the opportunity and abilities to create civilizations and communities all over the earth. So far, all is well.

But near the beginning of human existence, a problem surfaced. Evil, emblematically pictured as a clever, talking serpent, distorted God’s message and intent for us. It misrepresented God’s words, subtly persuaded the first people to take its view, and so mangled the trust between Creator and created humanity.

Being persuaded by the “serpent” from the beginning, each of us has ratified a kind of collaborative relationship with evil. We make ourselves comfortable with one or more of its features; there are many to choose from. Even though there is a voice within that cautions us against being deceptive, self centred, greedy or angry for example, too often we cave.

Christians and Jews who take these writings seriously know this. And it is an insight that is available to all. We should not be taken by surprise when evil persists, in our own lives, in the lives of our family and friends – and in the realm of international politics. As theologians, priests, rabbis, novelists and philosophers have often said, the line between good and evil is not between us and someone else who we can scapegoat and push to the margins or the execution block. It runs right through your and my being, through the heart. It divides Putin’s heart. And it divides mine. And yours.

The point is this: Evil is not something that can be managed simply by the application of political strategies, economic policy, social engineering, and military alliances. That’s naïve. It runs deeper than we can fathom and cannot be rooted out by counselling, or correctional services. It can be mitigated, which is to the good. But it is here to stay. Unless God, our creator does something about it. Which he has – and is celebrated each Good Friday and Easter.

Have a great summer.
Editorial opinions or comments expressed in this online edition of Interrobang newspaper reflect the views of the writer and are not those of the Interrobang or the Fanshawe Student Union. The Interrobang is published weekly by the Fanshawe Student Union at 1001 Fanshawe College Blvd., P.O. Box 7005, London, Ontario, N5Y 5R6 and distributed through the Fanshawe College community. Letters to the editor are welcome. All letters are subject to editing and should be emailed. All letters must be accompanied by contact information. Letters can also be submitted online by clicking here.
Christianity Evil God Russia Ukraine

1
Examining the varied responses to the Pandora Papers
2
Mental health amid the Ukraine and Russia war
3
Black history and Black royalty in the Bible?
4
Lie or die: Russia's use of propaganda
5
Life goes on: Why explaining the war in Ukraine is tiring, but necessary

Are exams the best way to test knowledge?