Sunfest returns: What to expect from this iconic London festival 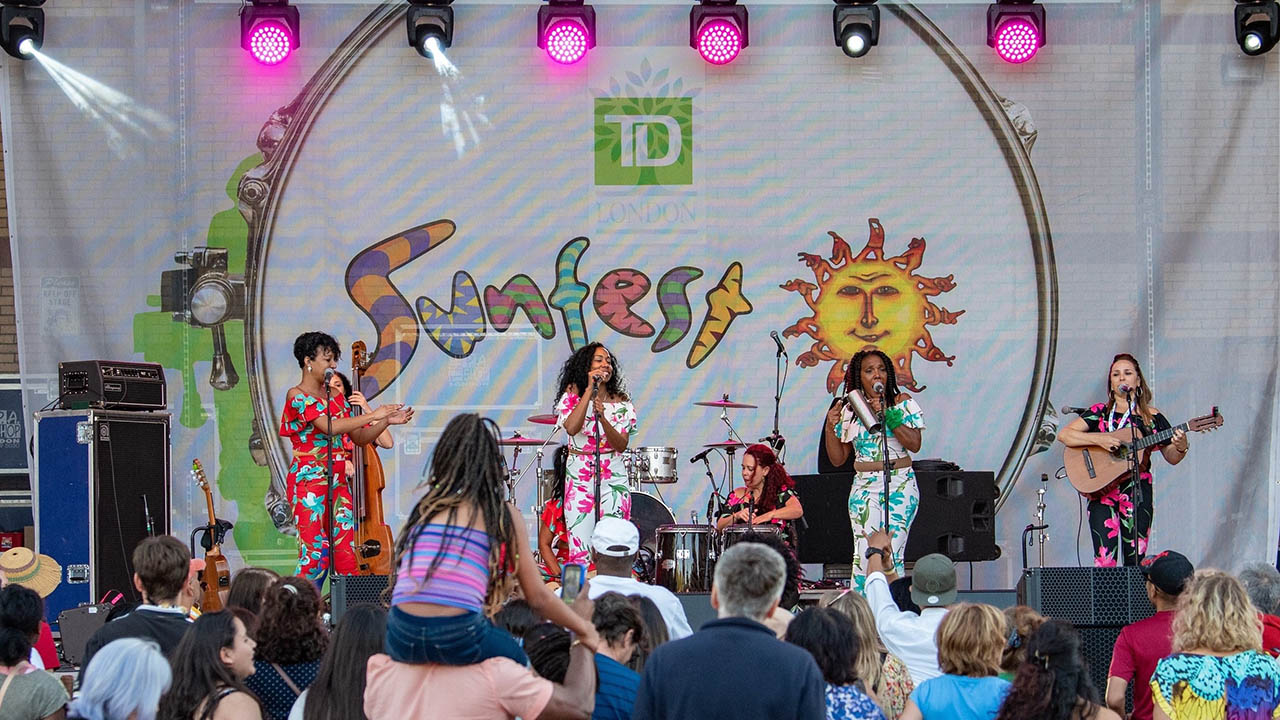 From July 7-10, the long-awaited TD Sunfest returns to Victoria Park, reenergizing the downtown core with rhythm, culture and most of all, the gathering of people and community. Alfredo Caxaj, the Festival’s Executive Director and co-Artistic Director comments said there he’s feeling a great amount of emotion after two and a half years of not being able to do things in-person.

“We were very active in the virtual and digital world but of course nothing compares to the in-person activities,” Caxaj said. “And I think more than a festival, this year it’s gonna be a celebration of life.”

COVID still might be a question on many people’s minds but Caxaj is adamant that all appropriate measures will be implemented as much as possible, including ensuring bands from out of country adhere to the required protocols and vaccination mandates

This “celebration of life,” will be the long awaited 28th edition of Sunfest, after two years in lockdown.

“It’s only been four to five months that we found out we were allowed to put it on,” Caxaj explained. “The formula will be the same as in previous years, the only difference this time is the number of musical acts, that amazingly, is actually the largest line-up ever that we have put together.”

The line-up includes 22 international acts and about 20 national artists for a total of 42 musical acts, many of whom are JUNO, Grammy, and other major award winners and nominees. The cultural reach of the artists ranges from revered Ukrainian folk-punk band DakhaBrakha to renowned Chilean singer-songwriter, Pascuala Ilabaca & Fauna. The festival is known for it’s Latin American and African influences, but this summer’s line-up will also feature global artists from South Korea, Finland, and the Canary Islands.

There was talk of expanding the festival but because of the pandemic, it will be for the most part, business as usual this summer.

“We have really maximized the use of Victoria Park and the streets surrounding,” Caxaj said. “In the future, we hope to expand the activities around the downtown core so that people will have more opportunities to walk around the festival, as well as expanding number of stages, but of course, keeping Victoria Park at the heart of the festival.”

Caxaj said he hopes to expand the festival next year and feels it will be a way of bringing life to the downtown core through collaborating with the different business sectors.

Caxaj and his team, which includes 500 volunteers, work tirelessly year-round in bringing the festival to fruition.  “We travel all over the world to see physical bands, we have to write lots of applications for grants,” Caxaj explained. “We have almost 250 vendors and it takes a lot of time and resources.”

The team of volunteers is mainly made up of students. According to Caxaj, volunteer numbers are so high because they enjoy participating in the arts and culture sector so much that they return every year. For more information on volunteer opportunities, visit the Sunfest website.
Festivals London events TD Sunfest Victoria Park

Books and barks: Do they mix?