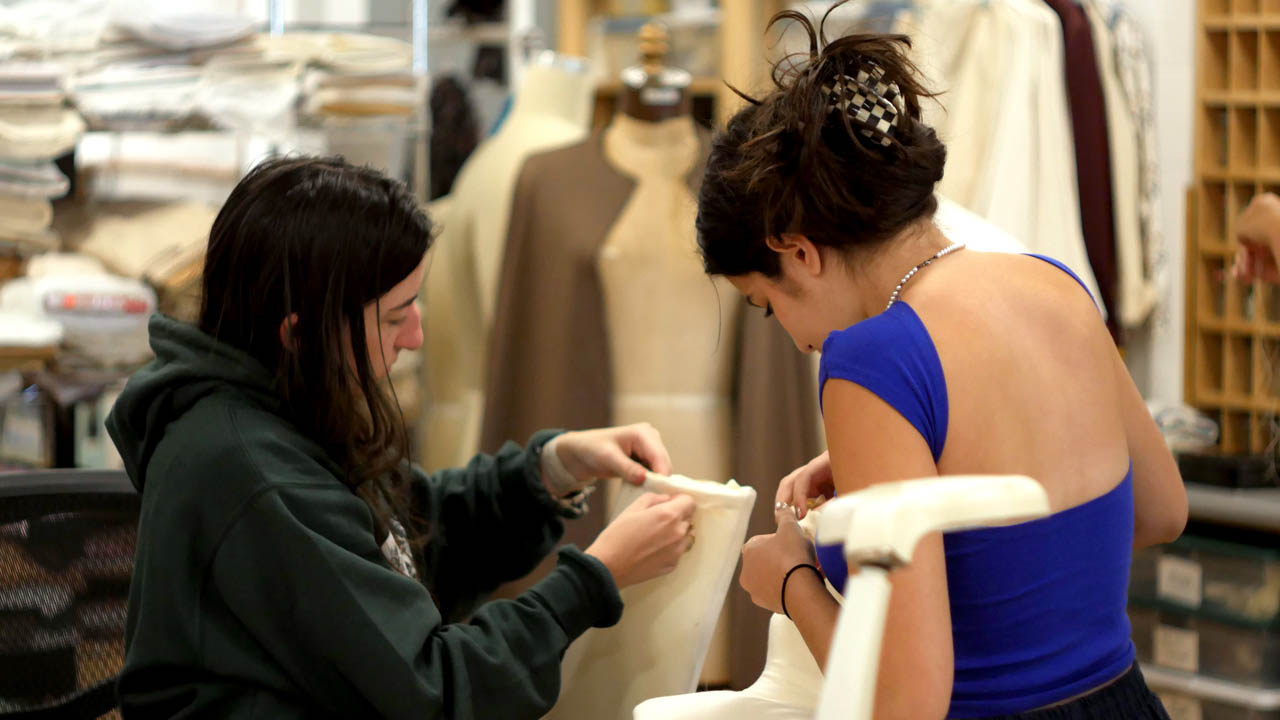 CREDIT: DEXTER GREENE
The High School Project gives students hand-on experience with all aspects of working in a professional theatre.

The High School Project (HSP) is back at London’s Grand Theatre.

This year’s show is Into the Woods, originally written by James Lapine with music and lyrics by the late Stephen Sondheim. Showcasing the talents of high school students aged 14 to 18, the show will run at the Grand from Sept. 20 to Oct. 1.

Into the Woods tells a series of classic fairy tales, but with a modern twist. Interrobang caught up with Director Saccha Dennis as well as two young cast members featured in the show.

For anyone new to the show, Dennis said audiences can expect to see their favourite fairy tales a little bit differently after seeing Into the Woods.

“Fairy tales that have backstory and just the consequences of wishes and wants, and they can expect to see amazing students who are talented students, who are doing some great story telling.”

Dennis added that it’s important for the students to feel “empowered” and allow them to be a part of a conversation, instead of just being told what to do.

“The highlight for me is seeing the students interpret this work and just meeting young actors and their interpretation and having intellectual conversations with them about acting,” Dennis said.

Dennis encouraged the Fanshawe community to come out and support the HSP as it is the first time since 2019 the Grand has staged the student showcase.

Cast member Lauren Gracey plays as the Baker’s Wife, and has been doing professional theatre since she was seven-years-old. Gracey acknowledged that whilst she has done other musicals, this is her first production with the Grand. Gracey, 17, aspires to pursue theatre as she views it as more than a hobby.

“It’s been really wonderful to get to play with so many like-minded individuals,” Gracey said.

She expressed that she hasn’t experienced a production where the director allows the students to interpret things in their own way.

“She really gives us the reins to play,” Gracey said of Dennis.

Fifteen-year-old Cindy Li plays the role of Cinderella. She said this is her first musical but not her first production.

“It’s really, really nice working with professionals that have experience and that can teach us different things about anything on stage. I’ve never done a musical so I’ve been learning a lot from other people and the cast and it’s really nice to have people that can support me,” Li said.

She said doing theatre can help boost your confidence and the way you communicate with other people, which can also help with future work.

“It feels so magical when you’re doing theatre with all these people, people supporting each other,” Li said.

Back to reality: How to get back to class and not lose your mind