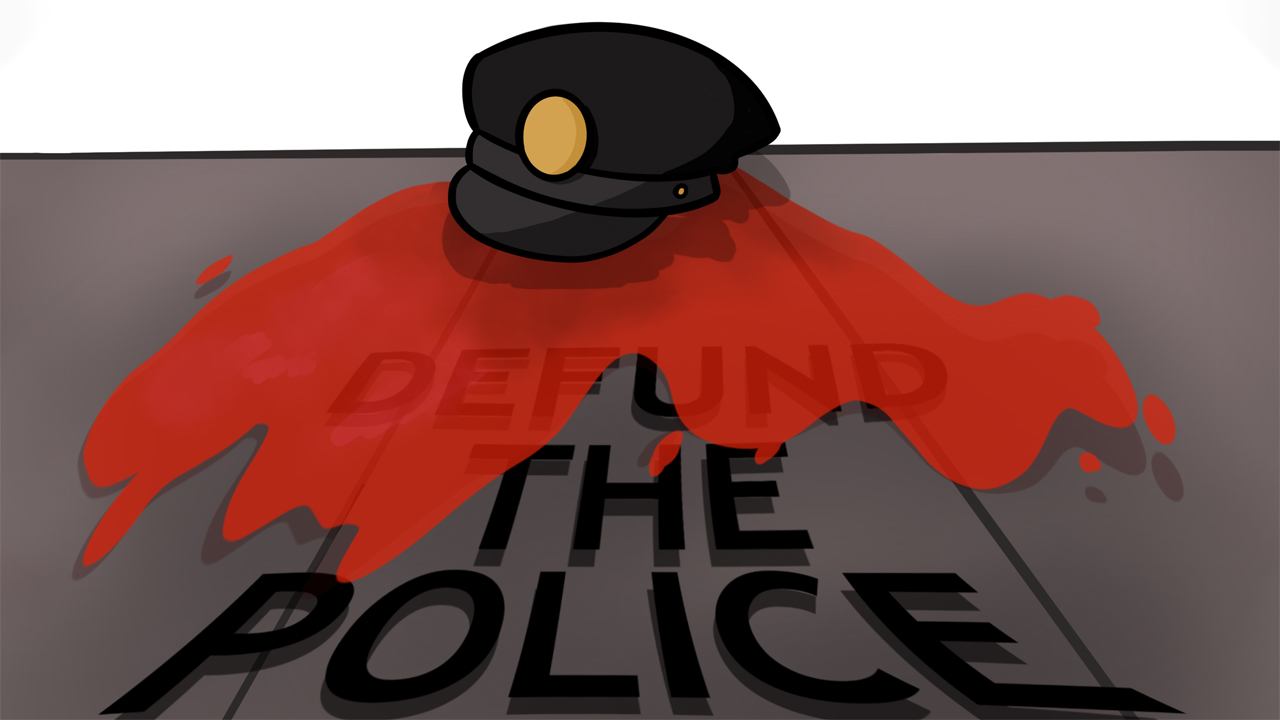 CREDIT: NINA HEPPLEWHITE
The messages of the 'defund the police' movement are the topic of a seminar called "Defund the Police: Rhetoric vs Reality" (the first of its kind in Canada).

Shortly after being apprehended by police on May 25, 2020, George Floyd lay dead, suffocated by the continued pressure from the knee of Minneapolis police officer, Derek Chauvin, who was later found guilty by a jury of his peers on all three murder and manslaughter charges laid against him.

Floyd’s death and years of discrimination against racialized groups by police services, particularly in the United States, has propelled the ‘defund the police’ movement which still represents a live conversation and controversy.

The messages of the movement are the topic of a seminar called “Defund the Police: Rhetoric vs Reality” (the first of its kind in Canada). It has been offered to upper-year criminology students at St. Thomas University in Fredericton this fall.

The new course is guided by Dr. Sulaimon Giwa, associate professor and associate dean of undergraduate programs in the school of social work, with a cross appointment in the department of sociology at Memorial University, St. John’s. He is also the endowed chair in criminology and criminal justice at St. Thomas University, Fredericton.

“I think there is a lot of discussion we need to be having that we currently are not having. I’m still, myself, grappling with the concept of ‘defunding the police’ in terms of how it’s being leveraged. I’m concerned that the concept as it’s currently being used might be contributing to a disservice in terms of the agenda advocates of [the movement] are actually pushing for.”

He said conflation of the phrases ‘defund the police’ and ‘abolish the police’ is one of the issues facing the movement.

One such question concerns whether ‘communities of care’ will suffice in the absence of police services. Giwa’s worry is for the safety of marginalized persons who do not have their needs, safety, and wellbeing met within their communities.

“Within the idea of creating communities of care, there is a presupposition that everyone is already accepted within those communities, and that everyone’s concerns and needs are going to be met. If we are talking about defunding the police to the extent that we’re even considering the possibility of abolishing police, then how do we account for and respond to the needs of these vulnerable community members? I just worry that the pendulum might be swinging too far to one side, and there is not enough discussion of who is actually benefitting from this idea, and who is not benefiting from this idea.”

These are some of the things Giwa addresses in the fall seminar, a course that Matthew Martin, Director of New Brunswick’s Black Lives Matter group, stated has a place, and should be mandatory in all post-secondary programs that deal with racialized community groups.

Giwa agreed there is certainly a place for such a course at both the university and college levels.

Joseph Pazzano, director of Equity, Diversity, and Inclusion (EDI) at Fanshawe College, said Fanshawe’s two-year Police Foundations program as an example of meeting the EDI goal of inclusivity throughout all aspects of the college.

“Our Police Foundations program, for example, has curriculum components that explore intersections of policing with various identity grounds such as race, gender, ethnicity, sexual orientation, and class.”

There is, however, no course devoted to race relations in the Police Foundations program’s course listings.

Pazzano said equity in curriculum and pedagogy is the focus of the college’s EDI and Anti-Oppression Task Force which just began meeting this past summer.

“That working group will think about how to extend anti-oppression education for our students. I’m a firm believer that there’s an anti-oppression lens to every program and every course we have, and post-secondary education is most successful when it’s rooted in evolving social context.”

Giwa hopes that students who participate in his seminar, and courses like it in the future, will think more deeply about, and question, the role of police.

“I do feel and believe that there is a place and a role for police to play in our society, and if the question is what role should that be and what should the police be doing—that is a viable question for us to have as a healthy democracy.”
Police Racism

1
The end of racism?
2
Worlds Apart
3
What is the future of the monarchy?
4
Considering racism in London by a Pakistani Muslim
5
Breaking racial barriers in sports