Canadian group travels to Mid-East to fight for open borders

Ivana Pelisek News May 11, 2009
The conflict-ridden region of Israel / Palestine shows no signs of calming down as activists embrace a life-changing journey this summer.

A delegation of young Canadians will meet in Egypt on May 21st from where they will travel to Gaza on a mission that is both risky and conflict driven.

What awaits the delegates remains unknown.

“The trip is quite safe, considering that there is still a basic ceasefire in effect. The activists should expect a lot of waiting at the border while the authorities debate whether or not to let us in. The Israelis put pressure on the Egyptians to keep the border closed. We'll be putting pressure to open them,” said Medea Benjamin, a founding Director of Global Exchange and the co-founder of anti-war group CodePink and a visitor to Gaza herself, this past March. 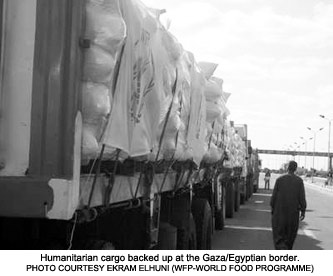 The people presently residing in Gaza do not have proper access to clean healthy water, healthcare, education, land, autonomy and above all are denied basic life necessities in order to carry out a full and meaningful life.

“The goal is more to put pressure on Israel and Egypt to open the borders than it is to “provide relief.” The aid we are bringing is just a drop in the bucket and is mostly symbolic. In fact, this time we will be focusing on children, bringing school supplies, sports equipment, and building playgrounds,” said Benjamin.

In January 2008, the United Nations Children's Fund reported that schools in Gaza had been canceling classes that were high on energy consumption, such as information technology, science labs and extra curricular activities.

The effects are tremendous on the mental health and well being of the persons residing there.

The relief mission is in response to the UN-based Code pink's International call out, at the invitation of the United Nations Relief and Works Agency (UNRWA), for delegations to come together and attempt to cross the Egypt / Gaza border.

“We hope the delegates will return home to educate the public and put pressure on their elected officials to do all they can to end the siege of Gaza and work towards a real peace process,” added Benjamin.