Persons around the world can help those less fortunate simply by surfing the web.

Fanshawe College students, staff, and just about anyone are encouraged to join forces with BettertheWorld.com and assist with raising funds for charities. The first, effortless platform of its nature, the website provides tools and fundraising targets for Internet users who may not have the financial means to support a charity but who also want to do more with their time.

The Final Four Contest aims at empowering schools across Ontario to do their part. The contest runs from September 1 to December 31, 2009.

Darren Elliot is a General Arts and Sciences student at Fanshawe College who praises the BTW website as being “cool” and a great means of helping those most in need. 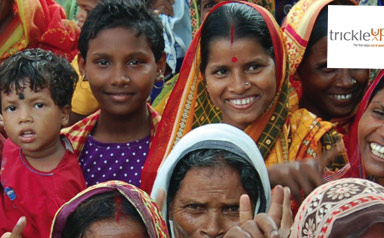 “I found out about Better the World at an IT conference in Stratford... I thought that this kind of caring for causes was a nice way to go about things. I find that the website is easy to look at and works well with the other stuff that you are interested in and all the causes you support," said Elliot.

Fanshawe College makes the list at number 14 respectively but needs more participants in order to make the top four list in support of a charity.

According to Kristen Petri, from BTW's marketing department, members who join the site can immediately start raising money by doing the following.

Members are asked to choose a charity by first downloading a sidebar, and then to start surfing the web as usual.

When members of BTW view socially and environmentally conscious ads in the browser sidebar, is when the companies that advertise pay money according to the number of times people see the ads.

The more people who search normal websites the more money will be raised for charities of someone's choosing.

Members of BTW can be assured their help and on going support will in fact be going to the right charities and money will be wisely spent for individuals most in need.

According to Petri, there are two main ways she and her team can reassure members how effective their time surfing the web is spent.

“We work with some of the most well-known charities in the world. These charities have checked us out and wouldn't work with us if we weren't legit and we are the first international and the first Canadian B-Corporation. Designation as a B Corporation means we had to meet comprehensive and transparent social and environmental performance standards,” she said.

In order to be eligible in the Final Four Contest, simply fill in your school in your profile and the top four schools will get to pick the winning charities.

How do you win for both your school and your charity? Invite all your friends to join Better the World and the points will start adding up sooner than you can imagine.

Better the World is a privately held company based in Toronto and was officially founded in May 2008. Its website was publicly launched February 12, 2009.

BTW was started at the Richard Ivey School of Business at the University of Western Ontario.